Kyrgyzstan: A passport to crime?

Kyrgyz passports keep ending up in the hands of assassins. 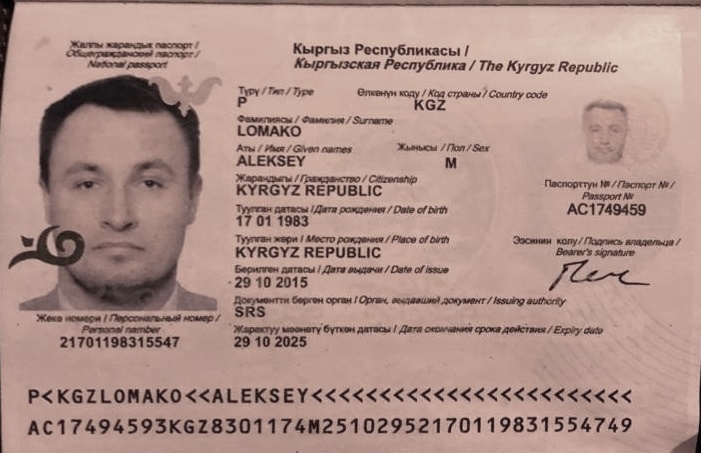 This was the year Kyrgyzstan’s passport was to get a reputational facelift.

Instead, it is increasingly linked with crime – not least because of encouragement from a powerful neighbor.

Twice in the space of two months, the government has had to explain why men suspected of killings overseas came to be in unlawful possession of Kyrgyz IDs.

On November 10, a Chinese-born Uyghur businessman called Aierken Saimaiti was gunned down in central Istanbul. The news became especially resonant in Kyrgyzstan when it emerged that Saimaiti, a self-confessed money-launderer, was the key informant in a bombshell media exposé on corruption and smuggling.

Early into their investigation, Turkish police revealed that Saimati and two of four men suspected of involvement in his murder held fake Kyrgyz passports.

The State Registration Service, or GRS, the body responsible for distributing identity documents, had a ready explanation for Saimaiti. They said he had been issued a passport in 2006 by applying to renew a travel document issued in 1994.

Back in the 1990s, passports were made by hand, the GRS explained. This made the documents highly forgeable.

An even murkier story occurred in Ukraine.

According to officials in Kiev, a pair of Russian nationals – Alexei Komarichev and Timur Dzortov, the latter a former top official in Russia’s Ingushetia region – had planned a car bomb attack against a Ukrainian military intelligence officer.

In the end, the plot was a fiasco. Komarichev lost both his legs when the bomb detonated before time. The Security Service of Ukraine, or SBU, then revealed that the pair were using Kyrgyz identities.

The SBU believes the doomed operation was overseen by the Kremlin. That theory was supported by open-source investigators at Bellingcat.

In a confession taped and released in April by the SBU, Dzortov said the documents “were handed over to us at the Taj Mahal restaurant in Moscow…but I am not a citizen of Kyrgyzstan, I am a citizen of Russia…the documents were used as operational cover.”

While that confession was way back in April, a new and widely-shared Bellingcat investigation that focused mainly on another assassination, but which also featured revelations about Komarichev and Dzortov as a background detail, has reignited interest in the case.

On December 10, the GRS confirmed that neither man existed on the national database of citizens. The service noted that the serial number on the Komarichev’s fake passport matched that of a real passport belonging to a 55-year-old woman.

The GRS has argued that new-generation biometric passports, coupled with the phasing out of older versions, will eventually put a stop to all this.

But a fierce struggle over the right to print these passports has delayed their introduction.

Earlier this year, the leadership of the GRS was placed under investigation by the State Committee for National Security, or GKNB, over allegations that corruption was committed during the tendering process for the procurement of blank, new-generation passports. Two former officials have been detained and the government is seeking the arrest of the service’s former head, Alina Shaikova, who denies the accusations leveled against her.

The original winner of the contract, Latvia-based Garsu Pasaulis, failed last month in its legal challenge to reverse the result’s annulment. The whole project is again at square one.

Shaikova has accusations of her own. She maintains that Idris Kadyrkulov, the chief of the GKNB in charge at the time the investigation into her service was initiated, was trying to scotch the whole tender process.

He did this to favor a company whose interests he was lobbying, Swiss-based KBA-NotaSys, she said. That company was hoping to get a deal to build a printing house in Kyrgyzstan that would produce the passports itself.

Kadyrkulov was forced to resign over the affair.

Kyrgyzstan may not have heard the last of the passport printing house plan.

By Kadyrkulov’s own admission, KBA-NotaSys enjoyed a significant backer in the initiative – the Russian government.