The incumbent president will see more risks than opportunities in the next vote. 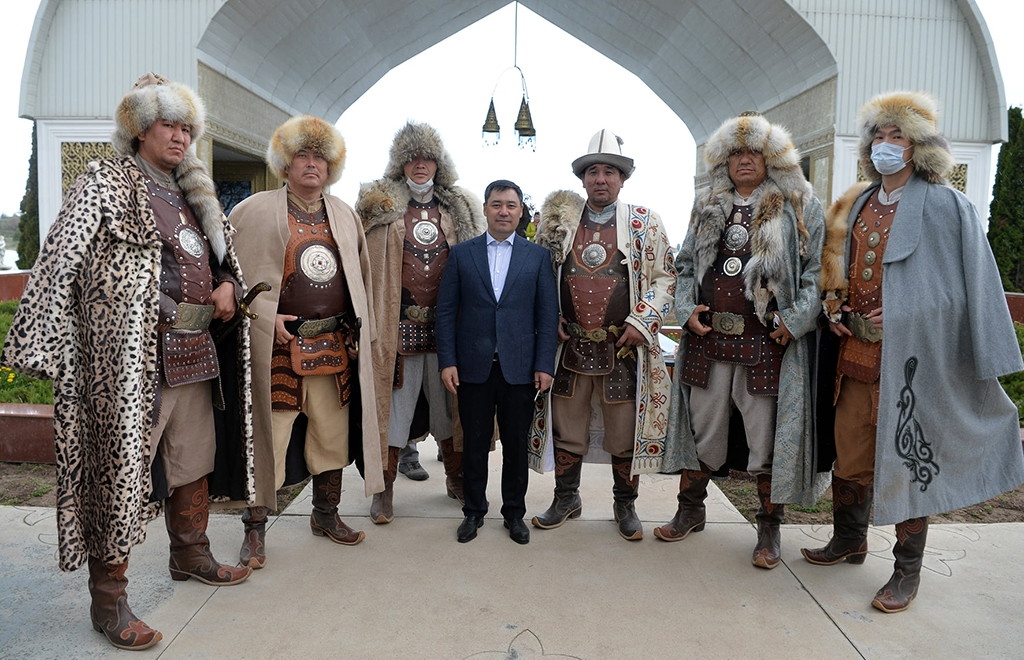 In the past year, Japarov has asserted his dominance over the political scene. (government handout)

More than a year after Sadyr Japarov rose to power in the messy aftermath of a parliamentary election gone wrong, Kyrgyzstan will hold a repeat.

Japarov will be hoping that these elections don’t take a similar turn.

No fewer than 75 political parties met the Central Electoral Commission’s September 3 deadline to submit papers for the November 28 vote.

Such a scramble is unimaginable anywhere else in Central Asia, but nobody is celebrating pluralism in Kyrgyzstan these days.

The outgoing legislature is an imitation of a parliament, cowed now by three successive presidents, whom it backed comprehensively for as long as they wielded power.

The third of those presidents, Japarov, will be especially sorry to bid it goodbye. By allowing the extension of its mandate long beyond the October electoral crisis, he managed to push through a constitution that weakened it while empowering his own office. The legislature then gave the thumbs up to the government’s seizure of Kyrgyzstan’s largest gold mine and passed laws circumscribing free speech and civic organizations.

In the next parliament, there will be fewer seats up for grabs. The same constitutional overhaul that stripped parliament of the power to form governments downsized the legislature from 120 to 90 members.

Only 54 of those lawmakers will be taken from the lists of parties able to cross the 5 percent vote threshold, which was lowered from 7 percent last year.

The remainder will be contested by candidates competing in single-member districts.

In a departure from the practice of his predecessors, the president does not appear to have a horse in the race. But there are already rumors that he is making stable visits.

Lawmaker Dastan Bekeshev has complained that some of his colleagues are seeking presidential permission to join parties. He alleged on September 7 that Japarov’s son, Rustam, is involved in this process, a claim which Japarov’s office swiftly denied.

More troublingly, Bekeshev relayed reports of a surge in applications by citizens to change their places of voter registration.

A government form that allowed voters to painlessly change the precinct in which they vote was at the center of vote-buying scandals that propelled two establishment parties to victory in October.

After the results of those elections were annulled, the form was promptly scrapped.

Bekeshev, parliament’s most critical voice by some distance, has begun crowdfunding his campaign but admits that he does not yet know if he wants to ally with a party or stand as an independent.

The new mixed system offers a vexing choice for politicians like him.

Parties with real chances of entering the parliament may be reluctant to include opposition politicians in their ranks, so as not to arrive in the legislature with targets on their backs.

But poorly resourced independents will be aware that their campaigns may face a tide of “administrative resources” – including mass voter re-registration – as well as more monied opponents.

The number of parties that have declared their intent to run makes mergers inevitable.

One party that might not need help to take seats is Ata-Jurt, a political faction that Japarov was once a member of, but which is now more often associated with his overbearing security chief Kamchibek Tashiyev.

Formerly bosom buddies, the relationship between Tashiyev and Japarov is understood to be strained, partly because Tashiyev does not regard himself as the president’s subordinate.

Elsewhere, familiar names like Ata-Meken and the Social Democrats have faded somewhat from their heyday. The Respublika party that was founded by politically troubled former prime minister Omurbek Babanov is not even competing.

While there is no doubt that Japarov has asserted his dominance over the political scene, a recent nationwide poll carried out by the International Republican Institute suggests his popularity may be waning. According to the July telephone survey only one in three people mentioned him as a politician they trust, down from 38 percent in IRI’s March poll.

Tashiyev was mentioned by a quarter of respondents as a trustworthy politician, up from 21 percent.

Trailing both men with around 10 percent in both March and July was Nurzhigit Kadyrbekov, the Instagram-savvy leader of the Yiman Nuru party, which has won seats in provincial elections in recent months.

Like Tashiyev and Japarov, Kadyrbekov is a populist, although his populism has a notably Islamic tilt.

Japarov dismissed the 44-year-old from his post as culture minister in February along with three other publicity-fond ministers in a cabinet shakeup.

The sacked quartet were all candidates from parties that had participated in the street protests after missing the cut in October.

Initially opponents of Japarov’s rise, they made peace with him and agreed to join his new government.

But populists struggle to share a stage for long.