Prison authorities denied until the moment of his death that the activist was unwell. 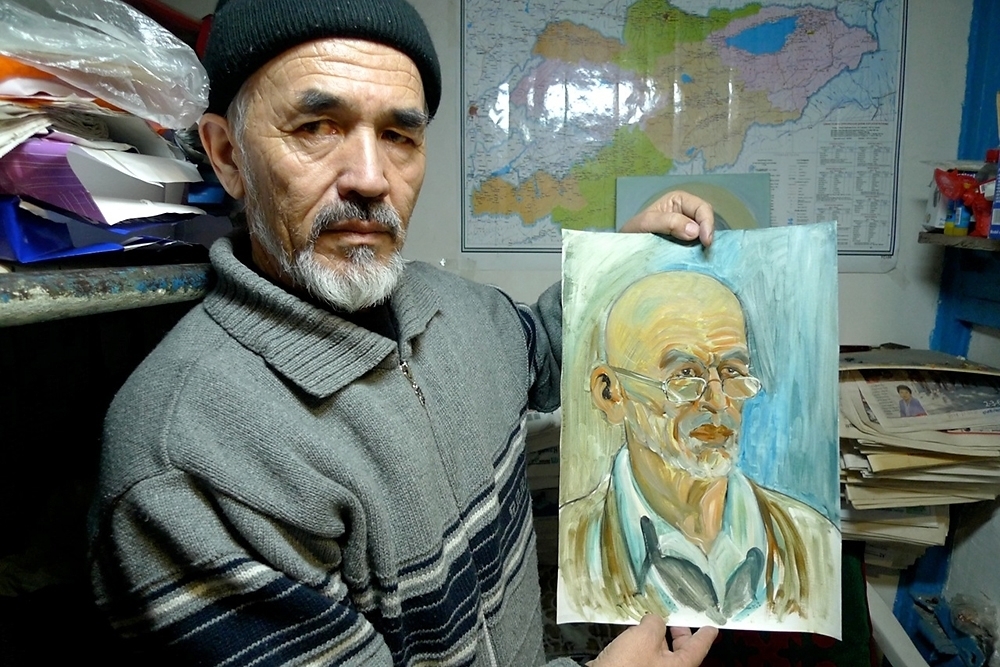 Azimjan Askarov, a celebrated ethnic Uzbek rights activist, husband to Hadidja Askarova, a father to three children and a grandfather to 10, has died in prison at the age of 69.

The news of his death on July 25 was confirmed by his longtime friend, supporter and fellow activist Tolekan Ismailova and his lawyer, Valeryan Vakhitov.

Askarov had suffered from poor health for much of his 10 years in prison, but his condition worsened significantly in the past two weeks. Vakhitov, who visited Askarov in prison only a few days before his death, said his client had lost his appetite, that his skin “looked yellowish in color,” and that he was unable to move unaided.

On July 24, prison officials dismissed those concerns and the reports of Askarov’s ill-health as “inaccurate information.”

Although the likelihood of Askarov’s imminent death had been widely anticipated, the actual event has stunned his longtime colleagues and the rights community.

“I am devastated. When we saw one another for the last time, they brought him to me in their arms. I told him: ‘Please hang on, we love you,’ and he began crying. He seemed to feel something,” Vakhitov told Kloop news website.

Vakhitov told Eurasianet that he has demanded that the authorities fully investigate the causes of death. He said a funeral will take place only after a post mortem has been conducted.

Askarov was arrested on June 15, 2010, in the immediate aftermath of a deadly whirlwind of ethnic unrest in southern Kyrgyzstan that killed hundreds, mostly ethnic Uzbeks.

In the days, weeks and months that followed that bloodshed, security services mainly targeted ethnic Uzbeks for investigations, arrests and systematic harassment. Askarov was among the first to be singled out for this treatment.

He was charged with purported involvement in the killing of a police officer on June 13, 2010, in the southern town of Bazar-Korgon. Immediately after his arrest, Askarov was beaten, subjected to abuse and denied access to his lawyer. He spoke about some of that mistreatment in an interview with Eurasianet in 2012, two years into his life sentence.

“They nearly killed me,” he said, referring to local police. “They held my arms behind my back, and took a weight filled with water, and hit me with it [in the stomach]. They hit me over the head with it so that huge lumps rose up.” He also said he saw witnesses beaten bloody to force them to testify against him.

Even in that 2012 interview, Askarov was already complaining of severe ill-health, which was evident from his incessant hacking cough, the result of a chronic breathing condition he said had been caused by his confinement in a damp basement cell heated by a coal stove.

“After three days, the television screen turns black with dust, you wipe it with a finger and it comes away black. And I’m breathing that. My health is diminishing,” he said.

In 2016, the Office of the United Nations High Commissioner for Human Rights found that Kyrgyzstan had in its treatment of Askarov violated multiple articles of the International Covenant on Civil and Political Rights.

Askarov’s initial criminal trial, as well as subsequent appeals, have been decried by legal experts as miscarriages of justice. Many supposed witnesses were intimidated into giving testimonies and people who would have spoken in his defense were denied that opportunity. Perhaps most ominously, hearings were routinely attended by relatives of the alleged murder victim, who openly threatened Askarov and his legal team with death. This pattern repeated over many years.

But as Philip Shishkin, a journalist, noted in his 2013 book Restless Valley, “of the many interesting things about the case, one detail stands out: the verdict relies heavily on the testimony of a half dozen policemen who had reasons to dislike Askarov even before his alleged participation in the murder of their colleague.”

Much of his 15 years of activism was focused on highlighting and documenting allegations of police abuse in his native Bazar-Korgon, including by some of the officers that then pursued his case.

One episode related by Shishkin told the story of a woman called Zulhumor Toktonazarova. In 2003, the 23-year-old was detained by the police, who claimed she had stolen laundry from a clothesline while trying to scrabble together money with which to buy liquor. Toktonazarova insisted she was innocent.

Over several months, Toktonazarova later told Shishkin, she was “repeatedly raped by prison minders and by male inmates to whom she would be sold for a night now and then.” One rape resulted in a pregnancy. She was given drugs to induce miscarriage, but the fetus survived. The baby was born premature in the seventh month of pregnancy, but was quickly snatched away from Toktonazarova, only to die shortly thereafter.

When Askarov learned of this story, he made it his mission to expose the abuse and seek some small measure of justice for Toktonazarova. His activism turned Toktonazarova’s plight into a national story. She was absolved of the original charges and the officials involved in her abuse were fired, although nobody was arrested.

In a familiar picture for southern Kyrgyzstan, however, the authorities would get their revenge. Two years later, Toktonazarova was again arrested and accused of theft. Askarov angrily denounced the police, even accusing them of torturing Toktonazarova by pushing needles under her fingernails.

This and many other similarly grisly stories put a target on Askarov’s back.

The Kyrgyz government has never accepted this interpretation of events.

In one typical rebuttal of criticism from 2015, the Foreign Ministry asserted that “the decision of the court was taken on the basis of undeniable evidence, Askarov’s guilt has been proven in all instances.”

“The Kyrgyz Republic stands for the supremacy of the law. The justice system is an independent branch of power,” the ministry said at the time.

There is strong reason to believe, however, that the government allowed itself to be taken hostage by the same kind of combustible, deeply violence-prone nationalist elements that lay behind the ethnic bloodshed of June 2010. Many notorious criminals have been allowed to walk free from prison in Kyrgyzstan over the decades, but as officials saw it, affording that same treatment to Askarov would have threatened to spark another cycle of unrest, immaterial of the legal particulars.

This reading was all but confirmed in an interview given to Eurasianet in 2018 by Roza Otunbayeva, who was interim president at the time of the ethnic unrest and Askarov’s arrest. Asked about the Askarov case, she evinced regret, but concluded that “it was a decision of our court. And this court’s decision was [upheld].” She did, however, have the authority to issue a pardon, which she declined to do.

“It was a decision that [would] again [have broken] the country,” she told Eurasianet. “I mean, the stability of the country, political consensus within the country was very much bound to such a touchy issue. And it was a very high price.”