There has been a surge in the number of Pakistanis visiting for tourism. 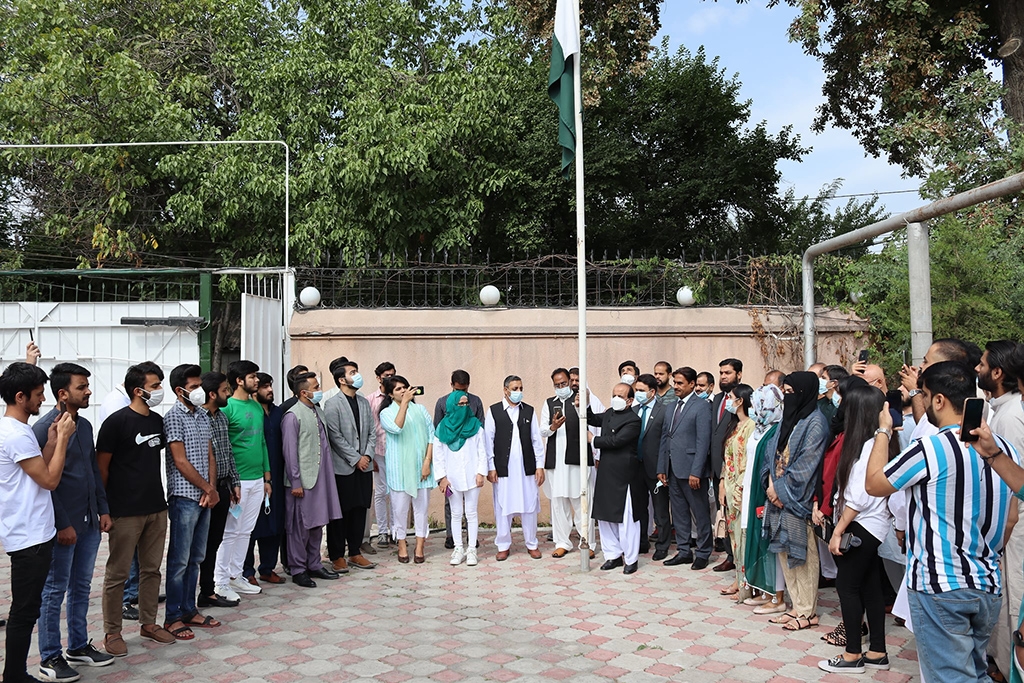 A boom in Pakistani visitors is stirring xenophobia in Kyrgyzstan, putting both authorities and the long-suffering student community from the South Asian country on the defensive.

For several weeks now, social media and messengers have been full of chatter about increased sightings of men wearing the shalwar kameez traditional to South Asia.

Some of the commentary has veered towards racism, while the Taliban’s rapid takeover of Afghanistan and the gutter press’s search for sensation has fueled speculation that the men may be Afghan refugees.

On August 23, the Foreign Ministry confirmed that there had indeed been an increase in the number of Pakistani citizens applying and receiving tourist visas, with 7,500 requests processed in July and August alone.

Quoting Pakistan’s deputy ambassador, Tariq Ali, the statement indicated that this rise was mostly due to coronavirus-related restrictions on direct travel from Pakistan imposed by two countries that are traditional destinations for Pakistani guest workers: Saudi Arabia and the United Arab Emirates.

With the coronavirus situation easing in Pakistan, travel to these countries should soon be normalized, and “the flow of Pakistani citizens to Kyrgyzstan will be significantly reduced,” the Foreign Ministry said. The ministry noted in the same statement that it had temporarily ceased granting tourist visas to Afghan citizens over security concerns.

While their tourist visas allow them stays of up to a month, most of the Pakistani transit tourists have been leaving after less than two weeks, according to Ali.

But this small window has still allowed plenty of space for tensions to emerge.

On August 21, local news website 24.kg reported that a Pakistani citizen had been fined over $60 for littering after Bishkek residents alerted municipal authorities. A local resident who was shown confronting the men over the trash with a volley of cuss-words the day before made his own video of them cleaning up their mess with brooms after an inspector arrived.

The man hailed the punishment as “a lesson for other foreigners.”

Kyrgyz hitting back at fearful online commentary targeting the Pakistanis have noted that the temporary swell of visitors from the south is an opportunity to boost the country’s tourism profile. But not everyone is rolling out welcome mats.

Aleksandr Zelichenko, a retired police colonel known for his usually sober analysis of regional security problems, complained in an August 17 interview with Kaktus Media that Pakistani visitors to the lakeside resort of Issyk-Kul had been using black cloth to divide up beaches into male and female sections.

Zelichenko, who offered no evidence to support this assertion, also noted “flocks” of Pakistanis hanging around at Turkish cafes in Bishkek and attending small mosques “on the outskirts, which are difficult to control.”

Some observers have admitted that it is the drumbeat of alarming news from Afghanistan that has conditioned their reaction to the sudden influx of Pakistanis.

“After seeing endless tweets about Afghanistan [I find] these men and their baggy trousers triggering,” wrote the founder of a popular coffee shop, who has over 4,000 followers on Twitter.

Headlines like a recent one in tabloid Vecherniy Bishkek, which read, “Many foreigners resembling refugees from Afghanistan have been spotted in Bishkek,” have not helped matters.

For longer-term Pakistani residents of Bishkek, this kind of talk brings back unpleasant memories. Last year, Pakistani medical students who had volunteered during the peak of the country’s coronavirus crisis were ordered to leave the country and subsequently assaulted by a group of Kyrgyz in the foothills of the Tien-Shan, just outside the capital. The assault was captured on video, triggering comments of approval as well as widespread condemnation. Two assailants were reportedly detained. Pakistani students complained at the time that violence and threats of violence were regular facts of life.

That same community, which numbers several thousand in Bishkek alone, responded to the current hubbub surrounding their compatriots on August 20 with a statement pleading for more tolerance towards foreign citizens.

“Despite the unacceptable attitude of some people, we never complain, on the contrary, we respect and love this country and its people for the fact that we receive knowledge here. […] Why don't we try to live together?” the statement asked.

While comments under that post in the Facebook group Pakistan Student Federation of Kyrgyzstan were largely positive, some users seized on the fact that the post incorrectly referred to the men seen strolling around the city as being “in quarantine.”

In fact, Kyrgyzstan imposes no quarantine on arrivals from Pakistan, although the Foreign Ministry said that the latest entrants had all been vaccinated against the virus due to restrictions on unvaccinated workers in their final destinations.

Such misunderstandings – like much of the unhelpful noise surrounding the South Asian guests – might have been avoided had the government said something earlier.