Kyrgyzstan: After the Revolution Came the Cranes 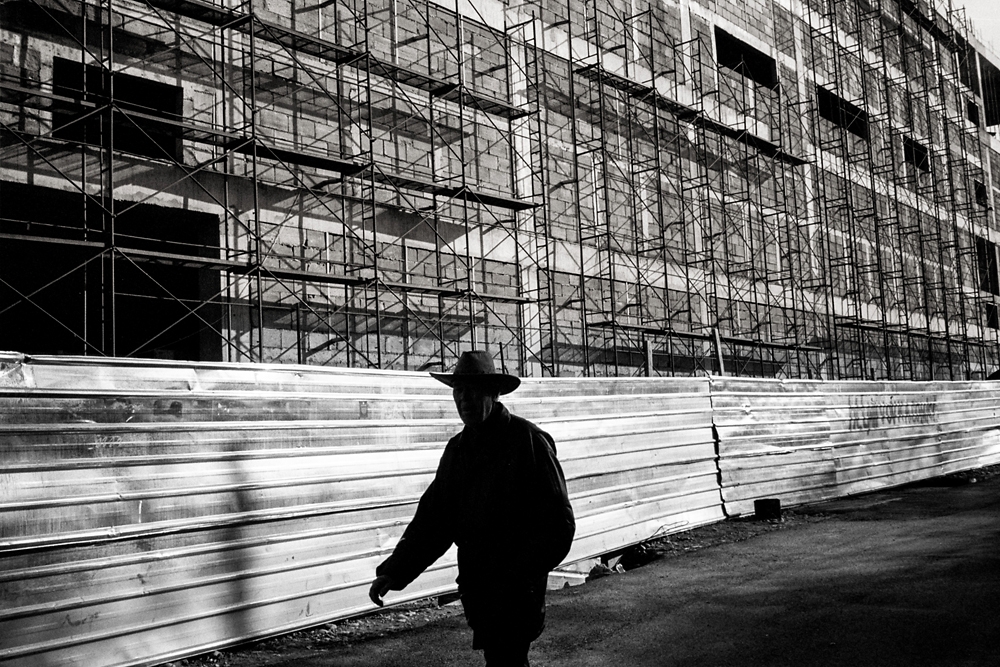 Residents of a five-story, Soviet-era apartment block in central Bishkek gathered outside recently to protest the construction of a penthouse on top of their building.

“We don’t know who is paying for it, but we are sure he is in government,” said Alibek Zhunusov, 57, who vacates his apartment each day to escape the noise. “The builders say they have the necessary permits. Unfortunately, that is probably true.”

For many in Kyrgyzstan’s capital, the construction boom over the last few years is providing a litmus test for the government’s so-called “war on corruption.” The preliminary results, activists say, have come back negative.

Since a bloody uprising installed a new government in 2010, construction sites have proliferated in Bishkek, with giant, instantly aging concrete structures being hastily constructed, and then sometimes left to stand empty. How the building spree is being funded is unclear, but the public is keenly aware that construction has long been associated with money laundering throughout the former Soviet Union.

Affected homeowners in Bishkek almost unanimously suspect Kyrgyzstan’s entrenched corruption has allowed influential individuals, often with government connections, to bypass regulations and ignore building codes. The Bishkek Mayor’s Office, for example, which bears responsibility for approving land allotments in the capital, announced on July 9 that there were 235 illegal building projects underway in the city. It also said there was nothing it could do to stop them.

“We have fallen under the rule of a land and construction mafia,” said Kalycha Umuralieva, whose non-profit group, Our Right, defends the rights of residents affected by dubious projects. Umuralieva claims that one construction firm recently threatened to “burn” Our Right members for opposing the construction of an elite apartment block in a densely populated neighborhood.

Umuralieva says little has improved despite revolutions in 2005 and 2010. “Whatever the president and the state machine says they are doing about the problem, the same schemes are still in place,” she said.

Local media outlets recently have attacked Bishkek’s municipal government for sanctioning the construction of apartment blocks of up to 17 stories. Activists argue the projects infringe on limited green space and threaten public safety in a seismically active region.

Meanwhile, the city’s former mayor, Isa Omurkulov, a political ally of President Almazbek Atambayev, currently faces up to eight years in jail for allegedly selling parkland to private construction interests. The trial has been postponed several times and few expect the proceedings to result in a conviction.

Until recently, Bishkek’s city plan was classified as “secret.” In March, MP Dastan Bekeshev drafted legislation to make the plan public. The law was passed by parliament and signed by Atambayev earlier this month, but Bekeshev now is concerned that the plan may be so vague that it can enable further violations.

“The majority of [members of] government and parliament are involved in construction. They determine the rules of the game, or, more precisely, they make sure there are no rules,” Bekeshev told EurasiaNet.org. If valuable land parcels were being sold at market prices, that would at least bring money into the city budget. But Bekeshev fears the land is going to insiders “for peanuts.”

A scan of the official profiles of Kyrgyz MPs appears to support Bekeshev’s claim. Many of the legislature’s 120 members have backgrounds in construction. For example, in his official biography, Zamirbek Bekboev – Bekeshev’s Ar-Namys Party colleague – is listed as director of controversial local construction firm Barbek Ltd from 1995 to 2005.

Umuralieva of Our Right recalls an incident in 2008, the year Bekboev became Bishkek’s vice mayor, when Barbek Ltd attempted to buy out residents of one-story houses on a fashionable street in Bishkek. When the dwellers refused, the city government issued a notice of compulsory resettlement “in the public interest,” Umuralieva says. Repeated attempts to reach Bekboev for comment failed.

There are similar concerns in Osh, Kyrgyzstan’s second city, where the mayor’s office has been accused of using a mysterious “master plan” to push ethnic minority property owners out of the city center.