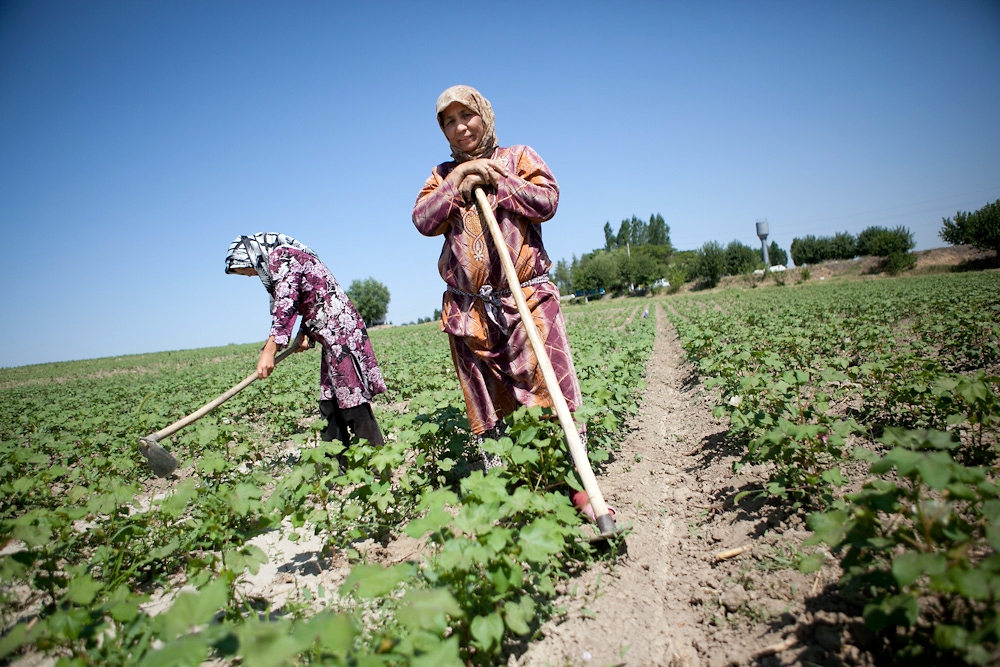 Kyrgyzstan was renowned during the Soviet era as a producer of milk products, meat and produce, but food self-sufficiency in the Central Asian nation is a thing of the past. The growing dependency on imports is fast emerging as a national security issue.

The shift has been driven by rural flight. From 2006-2010, according to the State Registration Service, the number of farm workers fell at an 8-percent rate. Most of those abandoning their farms headed to the capital Bishkek and other urban centers, where they sought work as traders or laborers. “It has become unprofitable to be a farmer in Kyrgyzstan. There is no distribution market. The cost of farming has risen with the rise of petroleum prices,” said Kubanychbek Umetov, a former potato farmer who gave up and moved to Bishkek from Naryn Province six years ago.

“It is cheaper to take a flight to China and bring back food products from there [for resale]. That is what many of those who used to farm actually do now,” Umetov added. “Back in Soviet times our vegetables were carried all the way to Siberia. There is nothing like that now.”

Another issue that is discouraging for Kyrgyz farmers is border unpredictability. For example, recent unilateral moves by Uzbekistan and Kazakhstan to close their frontiers cut off potentially lucrative export avenues. The market has become so unpredictable that farmers complain they don’t know how much to plant. “When farmers plant in the spring, they don’t know how much they should plant as they are totally unsure what prices will be in the autumn. Only the market middlemen are still making profits nowadays, not the ones working hard in the field," Aldashev said. “There should be either more substantial support at the national level – such as export agreements – or the markets will only continue to decline.”

The experience of 63-year-old Rakhman Burkhanov, a life-long farmer, illustrates the current challenges. Before Uzbekistan closed its border with Kyrgyzstan in 2010 for 18 months Burkhanov sold 30 tons of potatoes per year. In 2011, he could sell only 15 tons. “I still have 10 tons of potatoes in stock and they’re rotting. I still have five tons of seeds to sell. And the chance of selling the seeds this year is low, as the situation with gasoline [prices] and export opportunities is very unstable,” Burkhanov, who hails from the remote Chon-Alai District of Osh Province, abutting Tajikistan, told EurasiaNet.org.

Despite the grim picture, Burkhanov says he’s not giving up. He plans to move to the fertile Chui Valley, outside of Bishkek, hoping that growing potatoes nearer the Kazakh border will leave him in better position him to export his produce. “Up there Kazakhstan is closer, and as far as I know, the opportunities to export potatoes to our northern neighbor are better than here, in the Kyrgyz south,” he said.

But a recent development appears to complicate Burkhanov’s efforts to carve out a new export market. On April 14, the Ministry of Agriculture announced that it expected demand from Kazakhstan and Russia for Kyrgyz potatoes and other vegetables to stay low because those countries are increasing production.

Given the increasing volume of food imports, the United Nations says Kyrgyzstan is becoming more food insecure, vulnerable to price changes on world markets. "The underperforming agricultural sector makes the Kyrgyz Republic heavily reliant on the import of staple foods and, therefore, most vulnerable to global food price fluctuations, which adversely affect the purchasing power of the poorest families,” said Elizabeth Zalkind, a spokesperson for the UN’s World Food Program in Kyrgyzstan. “The poorest families are spending substantially more on food due to price hikes while decreasing their expenditures on other needs.”

“Many of them are forced to resort to such negative coping strategies as skipping meals or reducing the size of meals, which put their health at risk,” Zalkind continued.

Government officials are aware of the problem, but admit they remain dependent on donors to help. “Kyrgyzstan is not able to ensure its food security. The only two products in Kyrgyzstan at which the export rate exceeds import are milk and honey,” said Mirbek Borbashev, an advisor at the Ministry of Agriculture, during a presentation in Bishkek on March 12.

Burkhanov, the potato farmer from Chon-Alai, suggests the current agricultural crisis is just as jolting to farmers as was the Soviet Union’s implosion 20 years ago. “We, the Soviet people, knew nothing of where to get the seeds from, what grains or vegetables to grow, or how to sell them. We knew nothing of the market. Anyway, I had to survive [so I learned],” he said, referring to the trauma caused by the collapse of Communism. “It seems now like we know little of the market after all; it is so unstable.”

Dina Tokbaeva is a freelance journalist based in Bishkek.