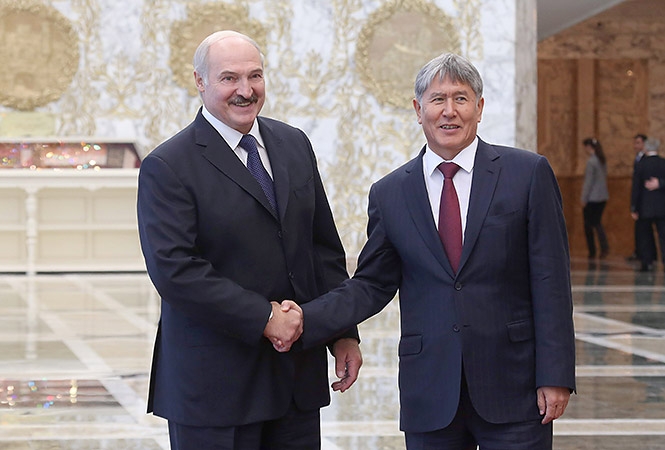 The death of a Kyrgyz mobster in the Belarusian capital appears to have ignited another round of mudslinging between two erstwhile Soviet republics. Kyrgyzstan is still furious that, for five years, Belarus has sheltered the country’s ex-dictator and his family.

Atambayev, who has said he wanted to be a writer as a child, accused the Bakiyevs of being “cannibals” and poured scorn on Belarus and President Alexander Lukashenko for having “sheltered” the “beasts” since a bloody revolution in April 2010 forced the Bakiyev clan from power.

“The people remember how these beasts burned people alive, how they maimed and killed journalists, how they broke the arms and legs of businessmen, how they cut the ears and noses off their victims,” Atambayev’s statement reads.

The Belarusian Foreign Ministry’s response to Atambayev drips with contempt.

It makes no sense to comment on the parallels and offensive statements made against Belarus by the Kyrgyz leadership. Such overheated emotional statements would not be possible at the level of the leader of a civilized state.

But even if we leave out their bias, pronouncing charges of felony of the highest order is contrary to accepted international standards of criminal justice. In any modern country, the constitution and laws stipulate that no one shall be held guilty of a crime until his guilt is proven by a legally effective court judgment. However, judging by the number of criminal trials held in Kyrgyzstan in absentia, the country as a whole has its own specific approach to justice.

Atambayev has a habit of throwing diplomatic etiquette to the wind when it comes to the Bakiyevs. In 2013, he accused Great Britain, where Kurmanbek’s son Maxim is believed to be living, of “dirty lies,” and said he was “ashamed” for London.

Meanwhile, the day after Atambayev’s statement, Meken Sheyitteri (Martyrs of the Land), a group of families of protesters killed during the 2010 uprising, picketed the Belarusian Embassy in Bishkek, demanding the Bakiyevs’ extradition.

But unlike in 2012, when victim’s relatives breached the wall and smashed the embassy up after Janysh had been sighted in Minsk, today’s rally did not turn violent.