Kyrgyzstan and Longhai: Chasing the dragon

The Kyrgyz government rushed a tender. It didn’t go well. 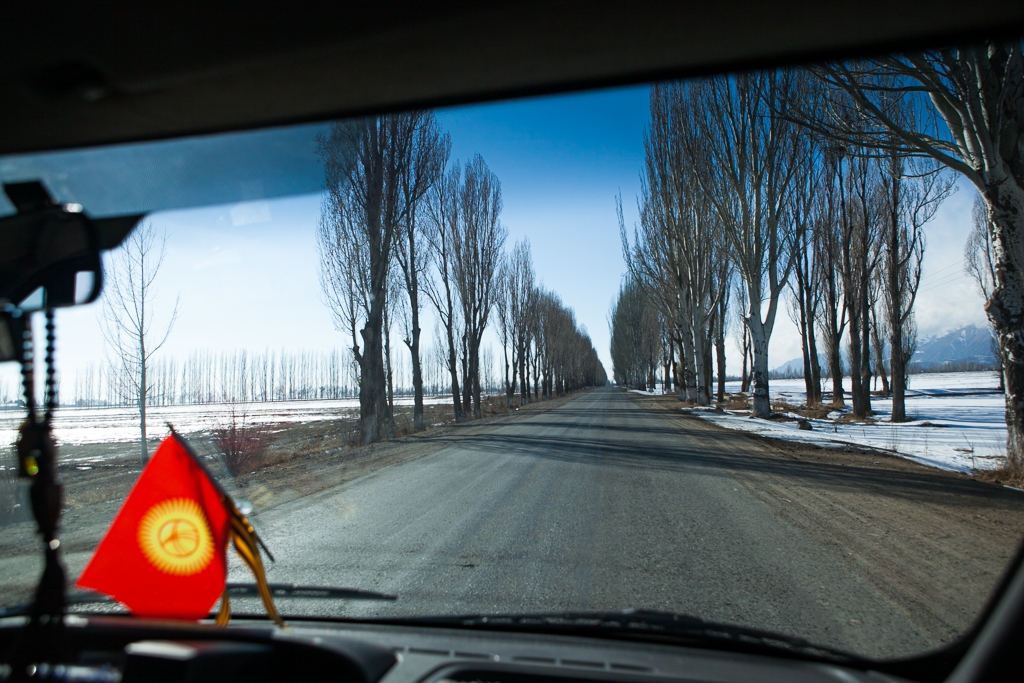 One afternoon in late July 2012, Christopher Kliner and a colleague stepped out of an elevator into a penthouse apartment in the Chinese city of Qingdao expecting to talk business. What greeted them was a most peculiar sight.

Cheng Shoufang, the man in whom U.S.-based investors had entrusted millions of dollars to execute a major real estate project, was splayed out on a bed in a backroom, complaining of ill-health.

“He was like a James Bond villain. It was, like, you get to the penthouse at the end of the movie and the guy who's been pulling the strings all along is this bed-ridden…” Kliner said, trailing off as he described Cheng Shoufang. “I don't know but I presume he was pretending to be bedridden.”

This episode confirmed suspicions that Kliner, a partner at Chicago-based asset management vehicle Taylor Fund, had been nurturing for some months already. Sure enough, the project went nowhere and investors were left ruing their losses.

Cheng Shoufang’s career, meanwhile, has gone from strength to strength.

For his latest venture, he has surfaced in Kyrgyzstan, where he has taken the lead on completing a major highway. And that project too is now mired in scandal as the completion date keeps getting pushed back and workers complain about unpaid salaries.

It was 1993 when Cheng Zuochang, a one-time senior official in an influential permits-issuing government department in Qingdao, a flourishing Yellow Sea port city, turned his hand to business.

China’s incremental and rapid transition to a managed market system coupled with housing reforms had laid the ground for a real estate boom. From his power base of Jimo City, a district of Qingdao, Cheng Zuochang founded a real estate company that would become the cornerstone of Longhai Investment Group.

The company grew fast and before too long expanded into an array of sectors, from finance to mining and engineering to winemaking. Longhai Investment Group now comprises around 30 business entities and a constellation of regional affiliates.

One of the most flourishing divisions of the holding group was Longhai Road and Bridge Corporation, a transportation infrastructure developer established in 2003. This company proved immensely lucrative by winning tenders to build multiple intercity expressway projects around the bay area in Shandong province. These included an elevated highway bridging districts of Qingdao and a section of southbound railroad.

In time, Longhai Road and Bridge Corporation became the jewel in the holding group’s crown. By the end of 2015, this division alone had been valued at 1.87 billion yuan ($269 million) – around 30 percent of Longhai Investment Group’s overall assets.

Attempts to reach Longhai and Cheng Shoufang for comment were unsuccessful.

It’s a Longhai to Issyk-Kul

The next chapter of Longhai Investment Group’s seemingly unstoppable rise is owed to the Belt and Road Initiative, or BRI, a vast undertaking that Beijing likes to describe in era-defining terms. This policy, ushered into existence by President Xi Jinping in 2013, is a dizzying agglomeration of infrastructure projects intended to provide a host of physical export routes for Chinese goods.

Accordingly, Qingdao government and the Shanghai Cooperation Organization Business Council in 2015 signed a contract to build a series of economic, trade and industrial parks in the countries involved in the BRI vision. The idea, which was later endorsed by the central government, was to create physical platforms in which Chinese and foreign companies would operate.

Longhai Investment Group became one of the first companies to sign up to the plan.

With its eye now trained on Central Asia, Longhai Road and Bridge Corporation put in a bid to build a 104-kilometer highway along the northern shore of Kyrgyzstan’s Issyk-Kul Lake. It edged out two Kyrgyz companies and Turkish contender to win the contract.

Cheng Shoufang – a protégé of Cheng Zuochang – was charged with running this undertaking, which would become the company’s first foray into a foreign market.

The Issyk-Kul deal sparked immediate controversy inside Kyrgyzstan. Adyl Zhunus uulu, a Chinese-born member of parliament, echoed an oft-expressed sentiment when he complained that “tenders are run corruptly so that the foreign companies can win.” In a curious development, Zhunus uulu’s brother, a scholar who lived in China’s Xinjiang province, was in December 2018 arrested amid the crackdown against Muslim minorities in China’s west.

Another member of parliament queried how it was that a Turkish company was excluded from bidding for the contract because it had no operating license when Longhai too lacked that paperwork.

The prime minister at the time the contract was awarded, Temir Sariyev, faced public accusations that he or his associates had been lobbying on behalf on the Chinese company. Sariyev rejected those allegations.

Zhumash Soodonbayev, the deputy head of the Transportation Ministry’s roads department, was adamant that the way the contract was assigned was above board. But he admitted it was an expedited process.

“[Longhai] participated in the bidding process on the [government’s] online portal. It all happened in a very short timeframe,” he told Eurasianet. “The main criterion was that they offered the lowest price.”

The Turkish company that was excluded for its lack of license had offered a slightly lower price, however, government records show.

The Issyk-Kul highway was dragged into further controversy from mid-2017, when workers began to complain of unpaid salaries.

And then last November, it was Longhai Road and Bridge Corporation that took to grumbling in voluble terms about the problems it has endured during construction.

“During works, we have run into temporary problems. One such happened recently, when workers and subcontractors downed their tools,” the company said in a statement.

Soodonbayev concedes that the delays on the Issyk-Kul highway are due to the government’s inability to keep up with payments. As things stand, only around 80 kilometers of road have been surfaced. Construction was supposed to end in 2017.

As for Cheng Shoufang, Soodonbayev had only positive things to say.

“We speak on the phone all the time. When we meet, he has another 10 people with him. We regularly meet to discuss construction. And I look him in the eye and tell him about all the shortcomings,” Soodonbayev said.

As has become evident since Kyrgyzstan awarded the highway project, Longhai Road and Bridge Corporation has not been without its troubles at home either.

According to a Chinese state-run public bulletin that provides details on the creditworthiness of domestic companies, at least three Longhai Road and Bridge Corporation subsidiaries have racked up bad credit records. In 2015, a Longhai Investment Group subsidiary based in Qingdao’s Chengyang district and owned by Cheng Shoufang was blacklisted by a local registration and licensing body because it had failed to submit annual financial reports over a three-year period.

The Chengyang-based company managed to negotiate its way off the blacklist, but in 2016 it was once again included on a list of companies deemed at risk by the National Enterprise Credit System.

None of this was seemingly known to the government in Bishkek, which had touted the Issyk-Kul road as a prestige project – the first such item of infrastructure to be built without foreign money.

Because of the rushed turnaround of their project, officials in Kyrgyzstan were unable to devote much time to studying the history of any of the bidders, including Longhai.