Kyrgyzstan and Tajikistan: Is Batken Province Central Asia’s Next Flashpoint? 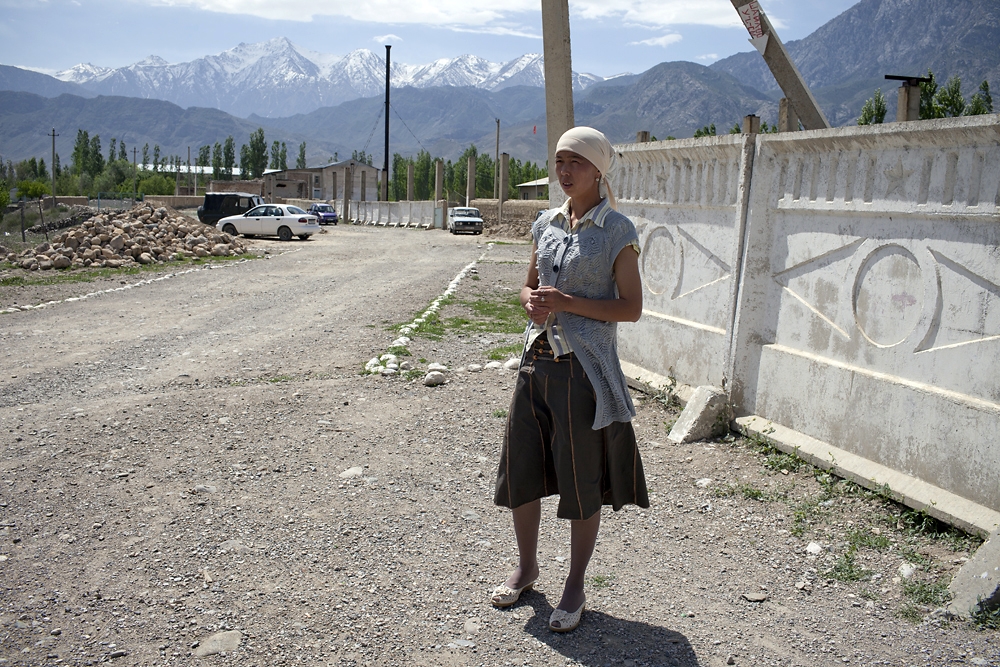 The border region between Kyrgyzstan and Tajikistan is a checkerboard of Tajik and Kyrgyz villages. (Photo: Justin Vela)

When the water flows in Batken Province, a hardscrabble patch of southwestern Kyrgyzstan, tempers flare.

“The conflict area is well established,” said Taalay Ibraimov, a community leader in Batken’s Aksai District. Warning visitors not to stop in the nearby ethnic-Tajik village of Khozhayi, he describes rising tensions over land rights and water resources along the largely un-delimited border with Tajikistan. “Every year we have the same problems when irrigation begins.”

The confrontational mood this year is especially fraught with the risk of violence. Already, residents and troops on both sides have destroyed property and detained each other. With the painful memory of last summer’s ethnic violence in southern Kyrgyzstan, many fear Batken, and Tajikistan’s Sughd Province across the “border,” could become the next flashpoint for upheaval in the Ferghana Valley.

The border region between Kyrgyzstan and Tajikistan is a checkerboard of Tajik and Kyrgyz villages. Following the collapse of the Soviet Union, the 971-kilometer frontier was left undefined and today, in many areas, villages inhabited by ethnic Tajiks consider themselves part of Tajikistan and Kyrgyz villages considers themselves part of Kyrgyzstan. Relations are tense and inter-ethnic friendships are increasingly rare. Kyrgyz accuse Tajiks of illegally buying up Kyrgyz properties, in effect expanding Tajikistan’s territory. They also claim the Tajiks steal from limited water supplies.

Many question why Tajiks, who account for less than 1 percent of Kyrgyzstan’s overall population, want to move to isolated Batken.

Property is available, says Tynar Musabaev of the Central Asian Alliance for Water, which operates in both Kyrgyzstan and Tajikistan. Kyrgyz are increasingly migrating to Russia in search of work and are willing to sell their property at low prices, he explains. Tajikistan’s fertile Sughd Province is overcrowded, while local officials in Batken are easily bribed into registering property to Tajiks.

“Due to the fact that the legislation is weak in that far part of Kyrgyzstan, local migration authorities … neglect such cases of the illegal buying of houses,” Musabaev told EurasiaNet.org.

Azamat Temirkulov, a professor of international and comparative politics at the American University of Central Asia, who spent several months living in Aksai and a nearby Tajik enclave, says that Tajiks often do not even need to pay a bribe to obtain property in Batken. Economically depressed and cut off from the rest of Kyrgyzstan, the region has plenty of land available because each year thousands of Kyrgyz leave the province permanently, many to search for opportunities in Russia, but also in Bishkek. By some estimates, half a million people, or 10 percent of Kyrgyzstan’s population, are currently working in Russia. Most plan to return one day, but not all do.

“Kyrgyz don’t want to buy,” Temirkulov said. “Tajiks do. Maybe sometimes they can bribe officials, but that’s not the problem. Kyrgyz are leaving.”

Some experts are skeptical of the true numbers of Tajiks moving into Batken, suspecting Kyrgyz politicians of exaggerating the figures. “Are politicians manipulating this question for their own interests?” Temirkulov said. “Yes and no. The problem is definitely there. [But] there are no statistics.”

On the ground, residents like Ibraimov believe Tajikistan may be purposely trying to buy up Kyrgyz land to expand the frontier. “When [Kyrgyz] people sell their lands, Tajiks come and give as much money as the Kyrgyz want, without even bargaining,” he said, concerned Dushanbe is taking advantage of Kyrgyzstan’s instability. “Most people think it is a state policy.”

Ibraimov points to an area called Kara, a field that lies near the Tajik village of Charku, as the most likely site for conflict in Aksai District. “Both sides consider this territory their own,” he said. Kara lies along an old canal and Kyrgyz like Ibraimov see the flourishing agriculture in dry Kara as proof that Tajiks are stealing water.

Where there is agricultural land, there must be water. The region has plenty, but, Musabaev explains, there is limited infrastructure. The three Soviet-built canals in Aksai don’t have the capacity to transport an adequate supply of water because, neglected since the Soviet collapse in 1991, they are in a state of total disrepair. If a village finds itself without water, it blames villagers upstream. “The growth of the population and their cultivation of the land has risen, people need more water year by year,” Ibraimov confirmed.

“It would require huge finances to repair the water canals,” says Musabaev. “There is no local water distribution department. They are not taking care of the canals.”

The only solution, says Ibraimov, is the proper demarcation of the border.

“It is really important to set the borders between Tajik and Kyrgyz territory or [Tajiks] will continue to see the water and land along the border as their own. The only decision to make [that will ease tensions] is to set the border,” he said.