There are at present 12 outstanding concessions for uranium exploration 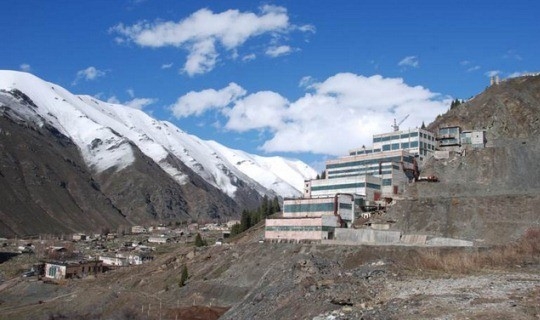 A Soviet-era uranium production plant in the Kyrgyz town of Ak-Tyuz. (Photo: UNDP)

Kyrgyzstan is struggling to tamp down a mood of protest inspired by opposition to uranium mining, an industry that is lucrative but tainted by memories of Soviet-era practices.

The capital city, Bishkek, has seen three anti-uranium demonstrations in the past week alone. The largest drew more than 200 people and was held on April 26, the anniversary of the Chernobyl power plant disaster.

Another two rallies followed on April 30. An online petition calling for a ban on uranium mining and processing in the Issyk-Kul region has garnered 30,000 signatures.

There are at present 12 outstanding concessions for uranium exploration in Kyrgyzstan. Along with gold, the ore represents one of the predominantly agrarian nation’s most readily available resources.

But news earlier this year that a prospector in Issyk-Kul was about to begin mining enraged local people, who fear environmental damage near the popular eponymous lake.

Protests began in March near the Tash-Bulak license site and have since reached the nearby town of Balykchy, by way of Bishkek.

One Issyk-Kul local said his opposition to the mine was partly inspired by the fate of Min-Kush, a Soviet-era site in the Naryn region where high radiation is believed to have triggered health problems in the community.

YurAsia in Kyrgyzstan, a Russian-Kyrgyz joint enterprise whose activities have sparked all the anger, has insisted it is committed to safe mining. But to little apparent avail.

The government announced the suspension on the eve of the first Bishkek protest, although a copy of the document seen by 24.kg was dated April 27.

Deputy Prime Minister Kubatbek Boronov appeared full of regret over this move on April 25, when he addressed residents of Balykchy.

Boronov noted that the company, which claims it raised over $3 million in Canada to invest into exploration, might sue the government.

He also begged residents not to extend protests into the region’s money-spinning tourist season.

The government has struggled to forge dialogue with either camp.

For the moment the anti-uranium protests appear to have resisted political co-optation while appealing to a broad cross-section of society.

The organizer of the protest on Bishkek’s main square on April 30 was taken in by police. Erkin Bulekbayev who leads the little-known Green Party is likely to be fined for violating a court order not to hold the meeting.

But it is the usually placid parliament, for once, that may provide the biggest challenge for the government.

Currently lawmakers with an ear to the ground are proposing two potential uranium bans. One would be limited to Issyk-Kul and another would be nationwide and remain in force until 2070.

The second of these laws would leave authorities in a quandary regarding existing license-holders and stand to further dampen the troubled foreign investment climate.