Investigators are looking into whether the change of ownership at Vecherniy Bishkek in 2015 was legal. 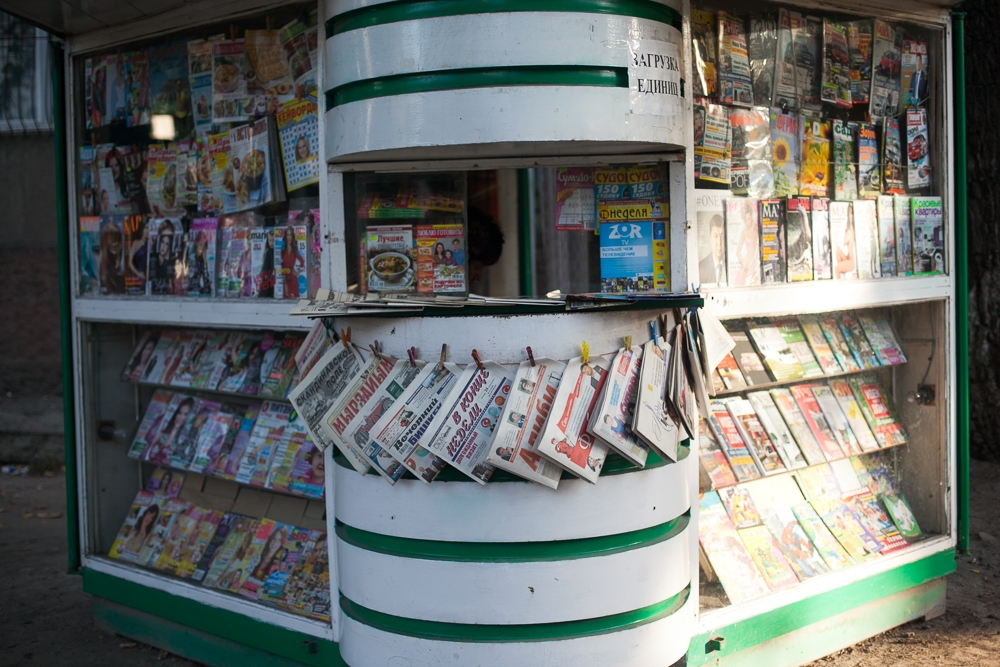 The drama at Kyrgyzstan’s most famous newspaper never ends.

In the latest turn of events, police on October 28 sealed the offices of Russian-language Vecherniy Bishkek, a newspaper whose fortunes have waxed and waned in line with the whims of those running the country at any given time.

Police said they arrived just as leading newspaper executives — including the company director, the accountant and the human resources chief — were making hasty amendments to the newspaper’s legal paperwork. The following day, more officials arrived to turn over Vecherniy Bishkek’s premises as part of an investigation into the legality of how the publication changed hands in 2015.

Three years ago, Alexander Kim was ordered by a court to relinquish ownership of the newspaper and its affiliated website, Vb.kg, and hand them over to business partner Alexander Ryabushkin. This was widely believed at the time to have been a politicized ruling. Vecherniy Bishkek under Kim had become intensely critical of then-President Almazbek Atambayev.

Atambayev had already been nursing a grudge against the paper. He resented it for soft-pedaling coverage of the corrupt government led by President Kurmanbek Bakiyev, who was toppled in popular revolt in 2010. More recently, Atambayev accused Vecherniy Bishkek for driving his brother into an early grave, from heart failure in 2015, through its aggressive reporting on his business dealings.

For those reasons, among others, many say Atambayev as the ultimate mover behind the expropriation of Vecherniy Bishkek.

Ryabushkin had sold his stake in the newspaper in 2000, but then tried in a half-hearted manner to reclaim it through the courts in the years that followed. He redoubled his efforts in 2014, when he began to allege that Kim had conned him out of his share in the publication. With the political winds blowing against Kim, Ryabushkin was finally successful in this campaign. Almost overnight, Vecherniy Bishkek was transformed from one the government’s most merciless critics into one of its fiercest attack dogs.

The political situation has changed, however. Atambayev left office last year, as required by law. And his successor and one-time ally, Sooronbai Jeenbekov has turned sharply against him in a decidedly Shakespearean twist.

This seems to be having implications for Vecherniy Bishkek and associated businesses.

On October 5, a judge ruled that a Bishkek court illegally transferred the Rubicon advertising company, which is a major cash cow for the newspaper, to Ryabushkin.

That verdict is being appealed, but in the meantime, Ryabushkin’s assets have been frozen by another court while it considers the legality of his ownership of the newspaper — a separate legal entity.

Just as Vecherniy Bishkek’s change of ownership was overtly political in 2015, so is the current reversal being pursued through the courts by Kim, who freely admits his prospects are favored by changes at the top.

Another looming criminal prosecution now playing out is tangentially related to the Vecherniy Bishkek story.

Ikram Ilmiyanov, a chauffeur-turned-political advisor to Atambayev, was dragged back to Kyrgyzstan from Russia earlier this month to face corruption charges. As it happens, Ilmiyanov twice sued Vecherniy Bishkek for libel back in the days when it was still controlled by Kim.

There are rumors that Ilmiyanov even became a silent partner in the newspaper after Ryabushkin took over.

With Vecherniy Bishkek once again the center of a judicial drama, some are wondering whether the judges responsible for the 2015 rulings should themselves face justice, along with the politicians ultimately responsible for the seizure of the outlet.

This could be an ideal sop to those who have criticized Jeenbekov for paying only lip service to reform of a justice system that still takes much of its cues from the presidential and executive branch. But in the hard world of politics, the appeal of a loyal judge is unlikely to fade soon.