Kyrgyzstan asks China for grant instead of loan 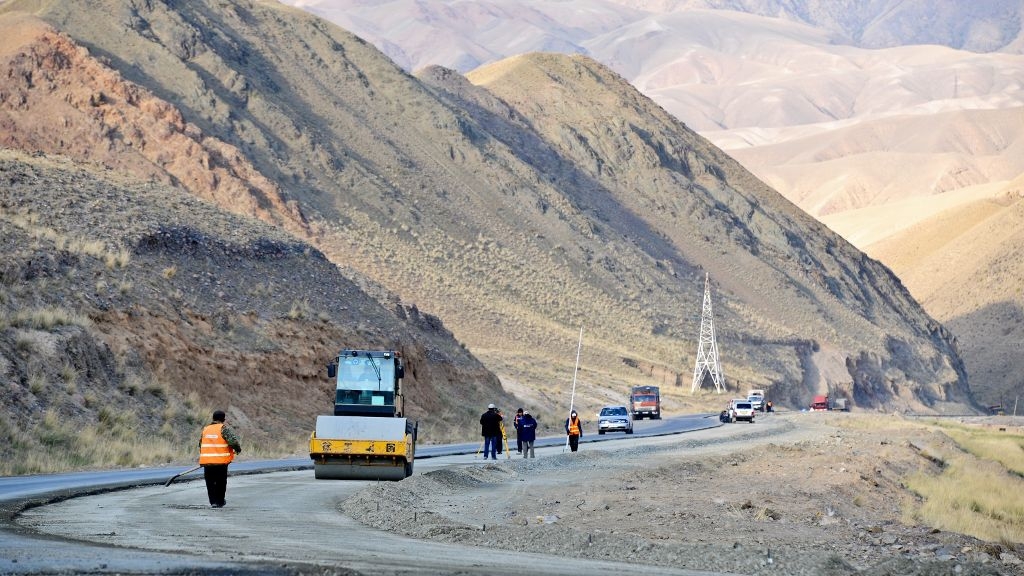 Running out of road: Kyrgyzstan wants Chinese cash for its highways, but as grants instead of loans. (Photo: Asian Development Bank)

As unease spreads about its mounting pile of debt to China, Kyrgyzstan’s government has switched tack by asking Beijing to lend less and give more.

Speaking to parliament this week, Transportation Minister Zhanat Beisenov said that Bishkek hopes the state-run Export-Import Bank of China might be persuaded to part with $56 million in “grant form” to help complete a long-delayed major road project.

Beisenov voiced this optimistic ambition during heated parliamentary debates on February 27, when deputies took turns complaining about much-needed but stalled pieces of infrastructure. And few undertakings are more contentious than the overdue new road connecting the northern and southern regions of the country.

Kyrgyzstan has already received $700 million in loans from China's Exim Bank to fund completion of the highway, which is being built by Beijing-based China Road and Bridge Corporation. Officials say that the delays have been caused by technical complications, namely difficulties blasting through mountain in high-altitude conditions. The end date has now been set as 2021.

If the government was once relatively relaxed about its liabilities before Beijing, this issue is now contributing toward fomenting Sinophobic sentiments. That latent sense of distrust deepened early last year following the malfunction of a power plant in the capital, Bishkek, that had been overhauled with $400 million worth of Exim Bank loans.

Those stretched tempers rose to the surface in the first few weeks of 2019 in a series of anti-Chinese protest rallies in Bishkek.

This sort of development has made lawmakers eager to reassure the public that they are in listening mode, despite their confirmed habit for green-lighting Chinese debt without too much quibbling.

So Bakytbek Sydykov, an MP with the Respublika/Ata-Jurt faction, complained that it takes “two or three years to build 23 kilometers of road.” He demanded officials take responsibility for seeing projects through.

Nurbek Alimbekov, a representative of the Kyrgyzstan Party, called on the government to refuse future "high interest" loans from Exim Bank. At 2 percent per annum though, the outstanding Chinese loans actually have interest rates over six times lower than the corporate rates offered by Kyrgyz banks.

A more legitimate concern is whether funds doled out are being misused — either by the Chinese companies that invariably win the contracts to implement the projects or by the government that serves as the middleman.

Given that a number of officials, including two former premiers, are facing lengthy prison sentences over their alleged role in the power plant farrago, officials overseeing the construction of the north-south road are likely looking over their shoulders with anxiety.

In a video released by private news agency AkiPress, the cross-country link was described as “the most ambitious project in Kyrgyzstan’s independence.” The road is less than two-thirds the length of the existing mountain route linking Bishkek to the country’s second largest city, Osh. It will also usefully run past economic assets of considerable import, like the Makmal goldmine and the Kara-Keche coal deposit.

If Bishkek really is dangling for a handout, it is likely the suggestion was made during Kyrgyz Foreign Minister Chingiz Aidarbekov’s visit to China last week.

That visit included a sojourn in the troubled Xinjiang region, where UN experts believe that up to one million people from the various Islamic communities living there, who also include ethnic Kyrgyz, are being held in so-called “re-education centers.”

Reporting on the visit February 23, Kyrgyzstan’s Foreign Ministry noted rosily that reports of ethnic Kyrgyz being among the groups populating the center are “unfounded.”