Officials suspect a newly published paper on the 14th century plague is a plot to kill the country's tourism industry. 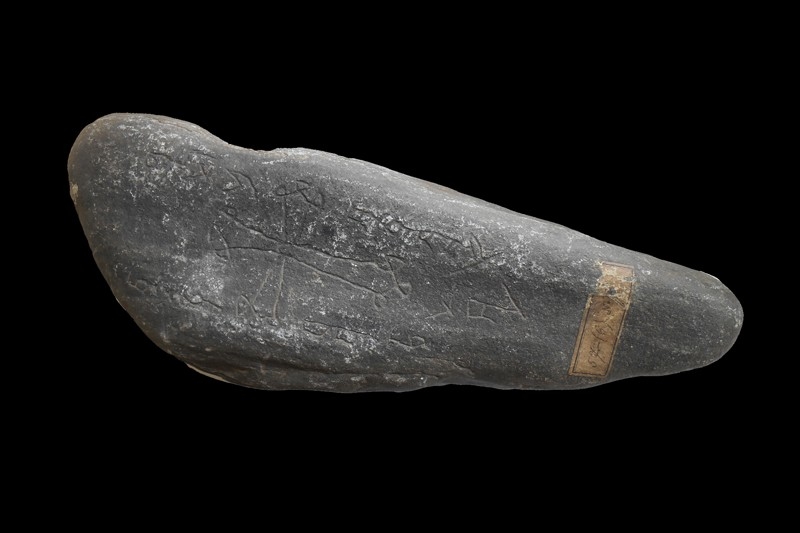 The tombstone of a person who died from the Black Death in the 14th century, found at the Kara-Djigach cemetery near Bishkek. (P.-G. Borbone, M. A. Spyrou et al./Nature)

Kyrgyzstan made international headlines this week after new research found that the bacterium behind Europe’s 14th-century plague likely originated on its territory.

Officials are fuming. These claims, they say, look like a sinister plot to wreck the country’s tourist industry.

The origins of the Black Death are subject of long-standing debate in the scientific community. Fourteenth century Arab chronicler Ibn al-Wardi described it as having likely arisen in what he termed the “land of darkness” before spreading into China, India, and across the Muslim world. It is believed that anywhere up to 200 million lives were claimed by the plague across the Eurasian land mass and Africa in under a decade.

In a paper published this month in science journal Nature, a group of scientific and historical researchers offered a very specific ground zero location for the plague.

“It is like finding the place where all the strains come together, like with coronavirus where we have Alpha, Delta, Omicron all coming from this strain in Wuhan,” Johannes Krause, a palaeogeneticist at the Max Planck Institute for Evolutionary Anthropology in Leipzig, a co-leader on the study, was quoted as saying by Nature.

The curiosity of the team was piqued by two cemeteries located in modern-day Kyrgyzstan that held an abnormally number of headstones dating between 1338 and 1339. Records of many of the dead people alluded to them having succumbed to a pestilence. DNA sequencing of the remains of at least seven people buried at the site revealed traces of the DNA of “plague-causing bacterium Yersinia pestis,” Nature reported. Further investigation yielded evidence that the bacterium was an earlier iteration of the strain that would cause what is known as the Black Death.

The rapid spread of the plague from modern-day Central Asia, which was a key staging post on the trading network known colloquially as the Silk Road, certainly feels logical.

“We can hypothesize that trade, both long distance and regional, must have played an important role in spreading the pathogen westward,” Philip Slavin, an economic and environmental historian at the University of Stirling, told Nature.

The research has made global headlines and been reported by countless international titles. This is infuriating Kyrgyz officials.

Akylbek Japarov, the head of the Cabinet, was among the first to register his irritation, which he did by leaving a comment under the Facebook post of the Kyrgyzstan correspondent for the AFP news agency.

“This has come on the eve of the tourist season. Why?” he wrote.

What has made some officials suspicious is that media reports on this research keep alluding to the burial sites as lying close to the Issyk-Kul Lake, which is Kyrgyzstan’s main tourist draw. The Kara-Djigach and Burana cemeteries are, in fact, located in the Chui region, a little further to the west from the lake, the Health Ministry noted irritably in a June 16 statement.

“Considering that Issyk-Kul Lake and Kyrgyzstan as a whole are visited by a large number of tourists, including from abroad, this publication looks like it has been made to order to discredit the country as a popular holiday destination,” the ministry said.

The ministry does not speculate as to who might be interested in damaging Kyrgyzstan’s tourism industry, or why for that matter.

Plagues are a sore subject in Kyrgyzstan since the region continues to be affected by small occasional outbreaks. In 2013, a 15-year-old herdsman died of bubonic plague, apparently after being bitten by an infected flea, the BBC reported that year. It was the first reported fatality from bubonic plague in three decades. The fleas that carry the bacteria typically live on wild animals in remote rural areas, meaning that the likelihood of human contact is minimal.

World Health Organization experts stated at the time that there had been 400 registered global cases of bubonic plague in 2012, although more than 90 percent of them were detected in Africa.

Not all Kyrgyz officials are taking the Nature paper so personally.

The deputy head of the Cabinet, Edil Baisalov, initially reacted to the research by tweeting an acquaintance, a New York Times journalist, to note that the paper only confirmed what he has long known to be the case.

“Pls pass on to NYT factcheckers who wouldn’t believe you and me,” he said, capping the message with a grinning face with sweat emoji.