The ex-Deputy Interior Minister is accused of exceeding his authority. 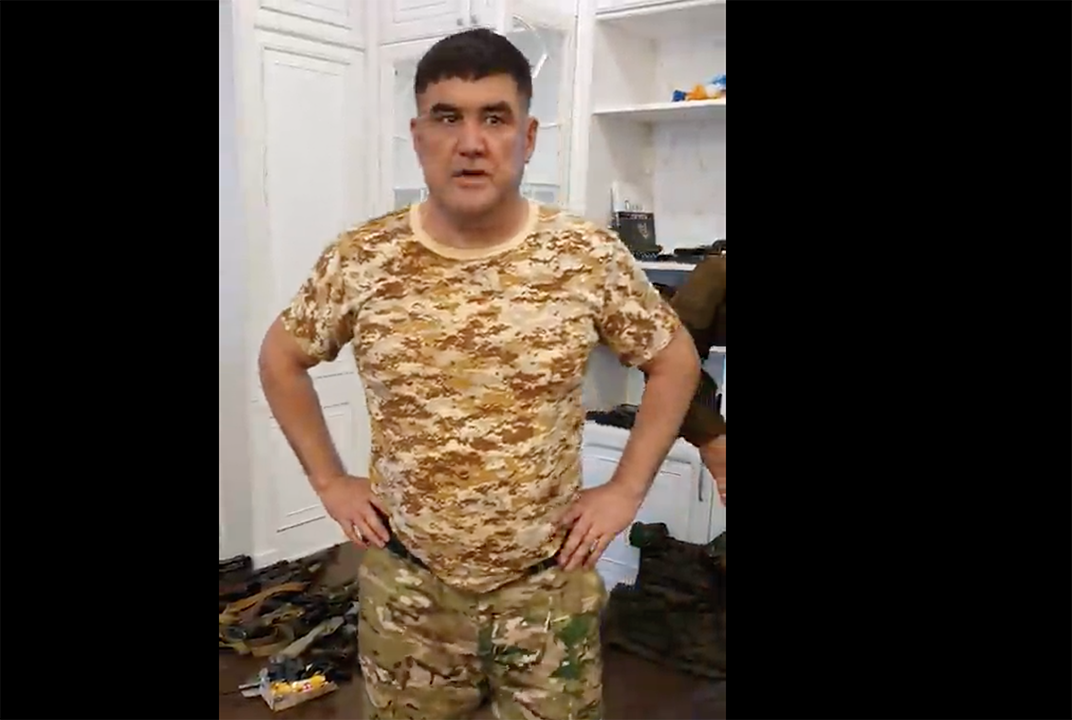 While the national leadership in Kyrgyzstan scrambles to recover its dignity following last week’s chaotic and bloody operation to capture former president Almazbek Atambayev, it has decided to throw one of the country’s most respected senior police officers under the bus.

The General Prosecutor’s Office announced in a statement on August 14 that Kursan Asanov, who was let go as deputy interior minister a day earlier, is facing possible charges of abuse of office for the role he played in the standoff.

This is a startling turn of events, considering that Asanov arguably did more than most to ensure the crisis was brought to a bloodless close.

Prosecutors say that Asanov repeatedly ignored the instructions of the Interior Minister and made unauthorized decisions without approval from his superiors, thereby placing police officers in harm’s way.

But preliminary accounts of what happened on August 7, when government forces descended on Atambayev’s redoubt in the village of Koi-Tash, suggest other officials were far more culpable of endangering their own men.

Orozbek Opumbayev, the head of the State Committee for National Security, or GKNB, appeared willing to fall on his own sword as early as August 8, while the crisis was still unfolding. It was spetsnaz men under his ultimate command who led the raid on the Koi-Tash residence, only for several of them to be cornered and captured in the process. One special forces officer died from gunshot wounds.

“I have some guilt in this, I admit it,” he said, stating that he had tendered his resignation. “If all three and half thousand troops could have been deployed, this would not have happened.”

In the same testimony to parliament, Opumbayev rued not giving his men orders to shoot to kill and claimed that the special forces men were “practically unarmed.” The latter assertion was untrue.

President Sooronbai Jeenbekov rejected the offer of resignation from Opumbayev, who is still in his post.

What exact function was supposed to be performed by the police in the operation to capture Atambayev, who was at that point not a criminal suspect but had merely avoided repeated police summoning for questioning, is uncertain.

At a press conference, on August 13, Opumbayev claimed that the plan was for the special forces unit to open a corridor for the police to snatch Atambayev from the Koi-Tash compound, where dozens if not hundreds of the former president’s supporters had been camped out for weeks in anticipation of a raid.

This plan – if that indeed was the plan – collapsed in disarray very soon into proceedings as hundreds of rioters descended on the site.

In one episode from the evening of August 7 that earned the police much criticism, a group of officers without any apparent form of protective clothing faced off against a crowd of stone-pelting antagonists. Footage of the scene, which was filmed by reporters with the Kloop news website, showed how officers resorted to simply throwing stones back in the direction of rioters.

A person purporting to have been among those police officers posted an anonymous message to the internet on August 14 accusing leadership of letting them down.

“They brought us to Koi-Tash in old city buses. For several hours we just stood and waited. And at a certain point we started coming under attack with stones. Everybody is writing about how awful it was that the police were throwing stones, but what were we supposed to do? Our self-preservation instinct kicked in and we began to throw back the stones that they were throwing at us,” the author of the post wrote.

Unlike the Interior Ministry, however, which said in an August 13 statement that Asanov had “betrayed the interests of the Kyrgyz police” and lost the confidence of the rank-and-file, the author of the post praised the former deputy interior minister for his courage on the front line.

Indeed, it was Asanov who appears to have played an instrumental role in persuading Atambayev to give himself up to the authorities on August 8. But in doing so, his superiors argued, the deputy minister exceeded his remit. The government claims that it was Interior Minister Kashkar Dzhunushaliyev who had previously negotiated the surrender.

“When an agreement had been reached, Kursan Asanov, pursuing his own interests, left his post … thereby violating his direct duties and went into Atambayev’s house to conduct negotiations,” the Interior Ministry said in its August 13 statement.

The ministry then accused Asanov of engaging in self-publicity by getting a colleague to film his exchanges with Atambayev.