A business ombudsman appointed last year has yet to start work. 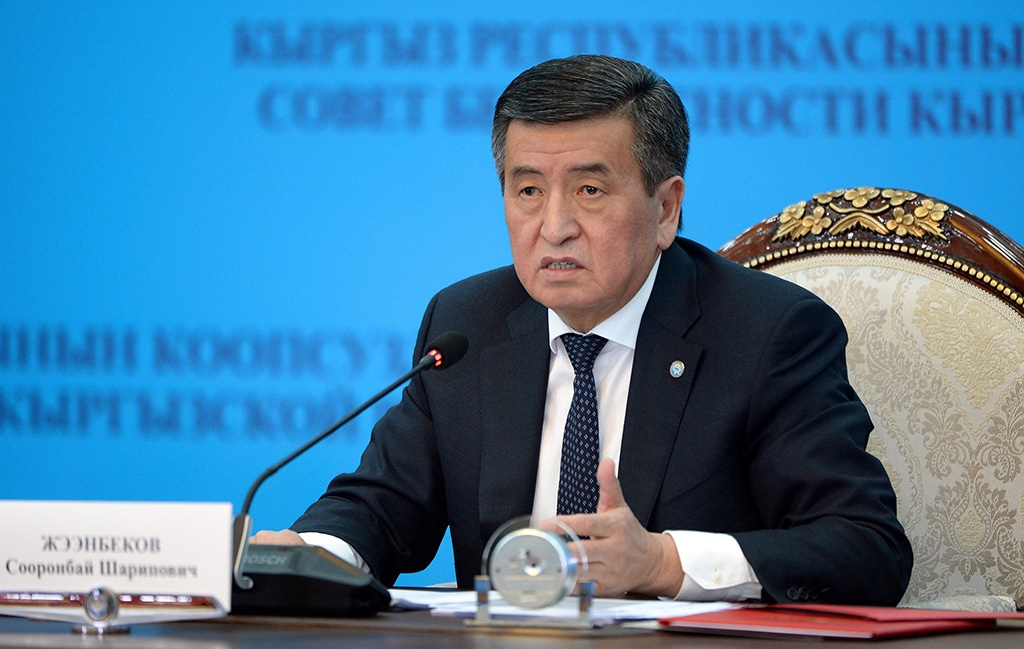 There's no business like slow business: Jeenbekov is unhappy with the lack of investment. (Photo: Presidential administration)

“A paradise for business.”

That was what Kyrgyzstan’s President Sooronbai Jeenbekov pledged to make of his country when he was sworn into office in 2017.

More than two years later, these words are regularly thrown back at him by sarcastic critics. Jeenbekov’s own recent comments suggest a more sober assessment of challenges ahead.

Just ask One Lead One (HK) Trading Limited, the Chinese company that on February 18 abandoned plans to build a trade and logistics center after promising investments of up to $280 million in the mountainous, agrarian region of Naryn.

The company exited the Kyrgyz market on the same day that over 1,000 protesters, some on horseback, gave authorities less than two weeks to cancel the project.

Firms working in the country’s regions – especially in the extractive sector where confrontations with communities can turn violent – often grumble that they enjoy few protections from government.

Other companies, meanwhile, moan that they are seeing too much of the authorities.

Speaking at a February 17 session of the national security council, Jeenbekov said that he had received multiple complaints from businessmen who say their rights are being violated by zealous law enforcement agencies, according to a readout from the session.

Jeenbekov suggested that the agencies were engaging in a competition to post the highest contributions to the government’s anti-corruption pot.

On February 18, Jeenbekov repeated concerns about poor relations between the state and the private sector during a meeting with Kyrgyzstan’s new business ombudsman, the former British ambassador to Kyrgyzstan, Robin Ord-Smith.

Jeenbekov said entrepreneurs saw this problem causing “a worsening of the business climate and outflows of investment” according to his administration’s statement on the meeting.

Bishkek businessmen have indeed been voicing concerns about a worsening climate – mostly in private so as not to inflame the structures that have overseen an uptick in impromptu checks over the last year or so.

Cynics might note that Jeenbekov has only really begun hammering on this theme as the country prepares for parliamentary elections. This is a period in which businesses can reasonably expect to have the ear of top officials.

But firms struggling in a stagnant economy are likely to see any positive intervention from the top as preferable to inaction.

The scuttling of the Naryn project is particularly unfortunate.

The project, located close to the Torugart border crossing shared by the two countries, promised up to 15,000 mostly local jobs and aimed to ease the transit of Chinese goods through other countries in the Eurasian Economic Union.

Local officials said that the protesters had been tricked into viewing the new center as a Chinese land grab.

Azamat Akeneev, a business consultant and regular commentator on market developments said on Twitter that the project’s termination had further lowered Kyrgyzstan’s standing in the transit game – something he described as “our only chance at real development."

The investor escaped relatively painlessly, having not spent anything on construction.

But mining companies, such as the Chinese Zhong Ji company, which works in the same region, often see operational challenges escalate after they have committed millions of dollars to exploration and project infrastructure.

Some commercial types are investing their hopes in the business ombudsman, an independent institution backed by a 2018 government decree and around 1.5 million euros in funding from the European Bank of Reconstruction and Development, or EBRD.

The consultative institution will be further bolstered by a draft law that parliament is expected to pass in the coming months.

Ord-Smith told Eurasianet that he believes the office will benefit from “political will at the very top of government.”

Although Ord-Smith was appointed to the position last June by a special commission of business figures, officials and EBRD representatives, building up a staff and equipping the institution has taken time, he said.

The ombudsman should be “ready to receive complaints” from the business community by the end of the month, Ord-Smith said.