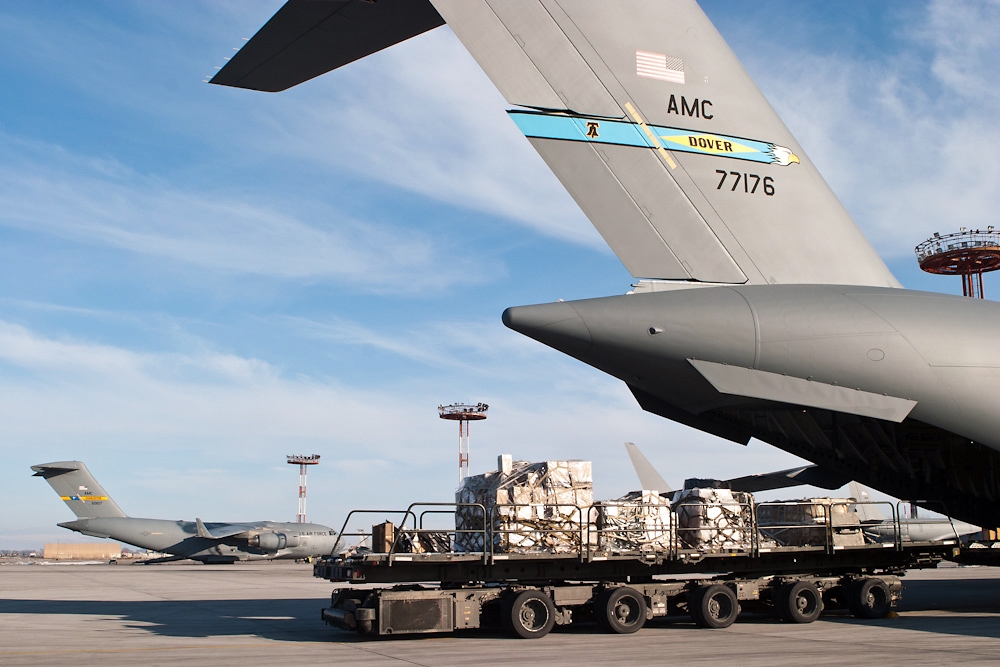 Is food intended for NATO forces at Manas making it to the kitchens of Bishkek restaurants? (Photo: David Trilling)

If bacon, lobster tail and Chicago-style steaks are your thing, the last few months have been a good time to dine out in Kyrgyzstan’s capital.

An abundance of the unusual gourmet items has raised eyebrows in Bishkek, where American military contractors and café proprietors claim with knowing winks that Kyrgyzstan’s sudden flood of bacon strips, seafood and steaks can only have come from one place.

An official at the nearby Manas Transit Center, a critical logistics hub for the NATO-led war in Afghanistan, admitted this month that food loses from the facility have totaled $40,000 since December. Allegations of theft from the facility are nothing new, but the latest leak appears to be distorting the city’s relatively small market for high-end meat and seafood, prompting opportunities and resentment in equal measure. One local supplier of pork products complained bitterly that trade had been lean over recent months, something he attributes to the theft of “masses of quality American bacon” designated for American soldiers and contractors. The imported bacon, he complains, is sold for 350 soms per kilo ($7.50), undercutting him by about 50 percent.

Like other businessmen interviewed by EurasiaNet.org for this story, the pork supplier requested anonymity out of safety concerns, believing the flourishing contraband trade was “absolutely organized” and run by figures “either flying under the radar of, or connected to, the country’s criminal groups.”

A local café owner, who serves bacon his supplier claims comes from Manas, said that two middlemen flogging the rashers “used to go door to door. They were quite open about where it came from. But now you can get it everywhere – in bazaars, shops, supermarkets.” When a EurasiaNet.org correspondent visited Eurogourmaniya, a new delicatessen specializing in imported products, shop assistants showed a vacuum-sealed pack of bacon identical to the one the café owner displayed. Such cuts are uncommon in Kyrgyzstan. Though pork is widely available in Bishkek and other towns with large ethnic Russian populations, local ham is not sold in strips like American-style bacon. (And though Kyrgyzstan is nominally a Muslim country, few people seem to adhere to Islamic dietary law, which prohibits the consumption of pork or alcohol.)

The base is “aware” of food losses totaling $40,000 over the past three months, a spokesperson said on March 1, adding that “this is the largest incident where food products have gone missing that the Transit Center is aware of.” The Manas spokesperson refused to discuss which specific items have gone missing.

This won’t be the first time the Pentagon has been accused of wasting federal money in the Central Asian state. In 2011, a $750,000 women’s shelter that opened with much fanfare the year before was found deserted; it had cost one-third of Manas’ annual humanitarian budget. Manas is “reviewing current operating procedures,” the spokesperson said. Base officials are working hard “to ensure subsistence food items are only used for their intended purpose by their intended recipients.”

But what may be an embarrassment for the Americans is a business opportunity for others. A waitress at a 24-hour Bishkek lounge, Live Bar, boasted that the restaurant’s menu had “expanded since December,” to include lobster and various types of steak, two items that are thought to have gone missing in large quantities from Manas in December. The waitress claimed the lobster was “imported,” although she could not cite its provenance. Another restaurant in the capital celebrated Defenders of the Fatherland Day in late February with a crab and beer night. Kyrgyzstan is landlocked and shellfish is not a staple on most restaurant menus.

Another restaurant serves A.1. Steak Sauce in bottles marked, in English, “not for resale,” suggesting it is not procured on local markets.

One American defense contractor with almost eight years experience in Kyrgyzstan said theft from Manas has been common “almost since the base arrived” in 2001.

“A few years ago we had ‘sweetgate’ – local guys getting caught leaving the base with packs of jelly beans duck-taped to their chests. But this thing is bigger. This stuff must be going out with the waste,” he told EurasiaNet.org.

On the contractor’s recommendation, a EurasiaNet.org correspondent visited Yolki Palki, an upmarket restaurant selling T-bone steaks that contractors say bear a striking resemblance to the steaks served at Manas.

Succulent and tender, the meat was certainly a cut above the beef sold in local markets. But unable to extract detailed information about the steak’s origin from the restaurant’s manager, EurasiaNet.org cannot verify on taste alone the contractor’s claim that Yolki Palki’s steaks are “Chicago good.”