Protesting artists chose the visit of their better-paid Russian colleagues to make their point. 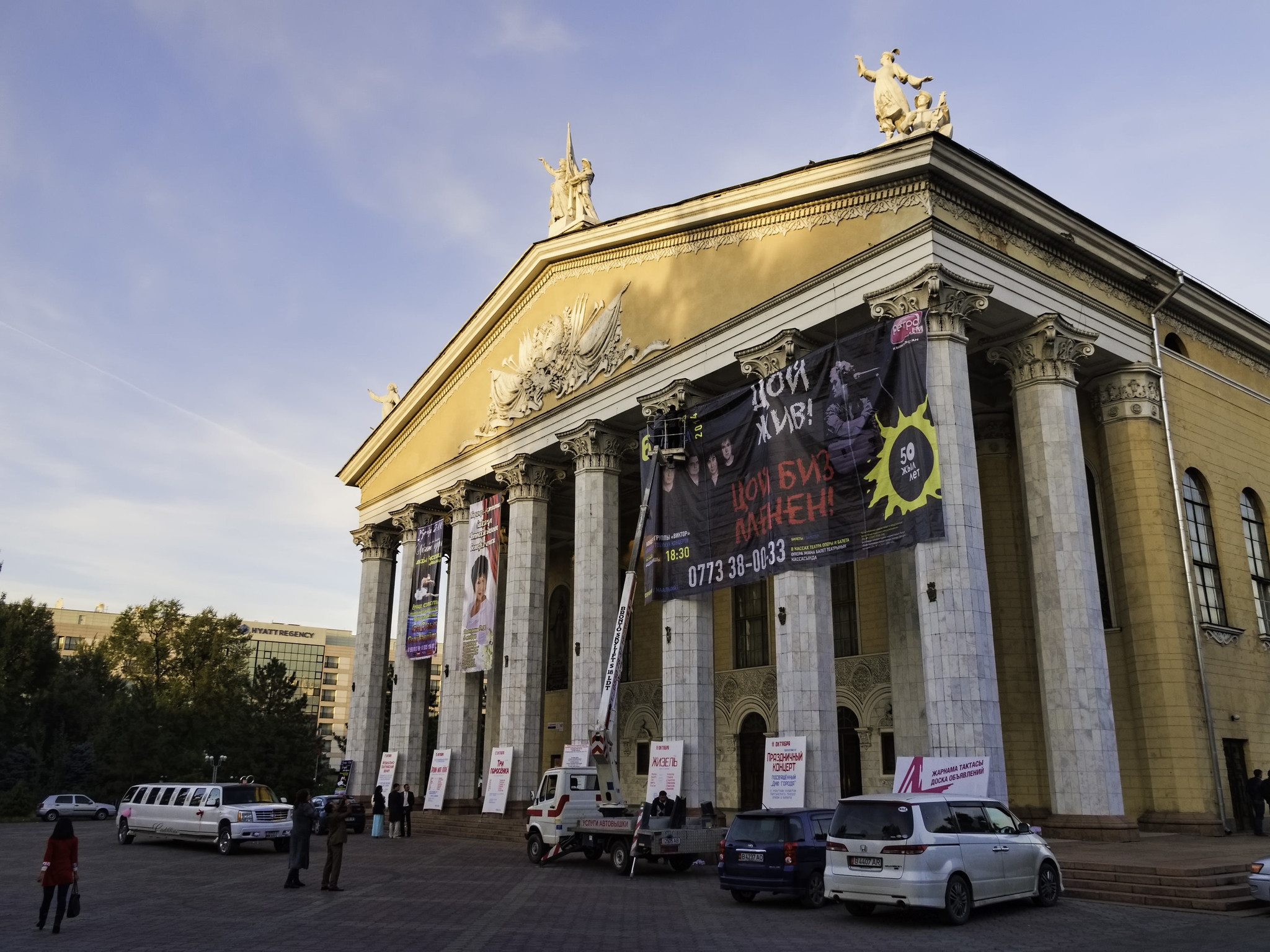 A Kyrgyz ballet troupe’s refusal to perform in a show featuring stars from Russia is shining light on the woeful condition of state-funded culture.

On March 6, local performers that had been due to support Russian leads in a production of Swan Lake took to the stage of the State Opera and Ballet Theater in Bishkek – but only to inform the expectant crowd that they would not be taking part.

What was staged instead was a truncated version of the ballet, as one small group of blacklegs disavowed the rebellion.

Protesting artists explained the next day that they were taking a stand over funding.

Productions involving Russian stars bring in big money as tickets cost double and triple the cost of shows without them.

Local troupe members, who are paid around $100 per month out of the state budget, do not see any extra money from these visits.

Another concern voiced by the performers was the lack of opportunities for local soloists to shine.

This was less of an issue before the coronavirus pandemic, when productions starring locals were taking place regularly. Now, the theater is holding concerts less often and showing a clear preference for big ticket events featuring Russian artists.

The organizers of the show – a foundation called the Raduzhga Foundation – fumed at the walkout. Foundation chairwoman Sagida Jumabekova told 24.kg that she considered the troupe’s behavior a “planned provocation.”

Her company had offered the mutinous collective 70,000 som ($820) in cash, but they still refused to perform, Jumabekova said.

“Behind the scenes, the artists (told us) that they had no issues with our foundation and that their appeal was to the management of the theater because of the small salaries. Why then did they do this precisely before a performance where the Russian artists were performing, and not earlier?” she said.

But if the artists were looking for maximum impact, they chose their moment well.

Few ballets are more popular than Swan Lake and the presence of the Russian dancers ensured that there was no shortage of notables in the audience.

Aida Kasymaliyeva, an independent lawmaker who attended the concert with her family, made it clear that she stood with the troupe by posing with them for a photograph and promising to raise their plight in parliament.

“Yesterday’s scandal was a cri de cœur. … Where does the money from commercial performances go?” she asked in a Facebook post.

If the scandal does become a major talking point, Kyrgyzstan’s leadership will be eager to see that the discussion does not grow sensitive for culture-lovers in the Kremlin.

Newly elected President Sadyr Japarov hauled most of his cabinet on a trip to Moscow in February in a bid to prove his loyalty to a wary President Vladimir Putin.

Last year was supposed to see more than 200 events honor the bilateral relationship as part of a dedicated Kyrgyzstan and Russia year. The coronavirus pandemic ensured that most did not happen. Japarov and Putin have agreed to ensure that these events take place once normality returns. Swan Lake-gate is the kind of incident that could sour things.

This was not the first time a visit from Russia has exposed the desperate, cash-strapped state of the arts. In 2018, a noted Russian actor, Stanislav Sadalsky, performed at Bishkek’s Russian Drama Theatre, where a 50-strong troupe receives similar salaries to those of state ballet dancers. While still on stage, Sadalsky criticized the disrepair into which the building had fallen and called on the Culture Ministry to do something about it.

The ministry reacted furiously, saying Sadalsky “would be better off paying attention to other things,” such as Moscow falling short of its promises to support Russian-language arts abroad.

“Where do the huge budget funds earmarked as support for Russian language and Russian culture abroad end up? How efficiently are they spent? Why not allocate some of this money toward helping the theater?” the ministry said.