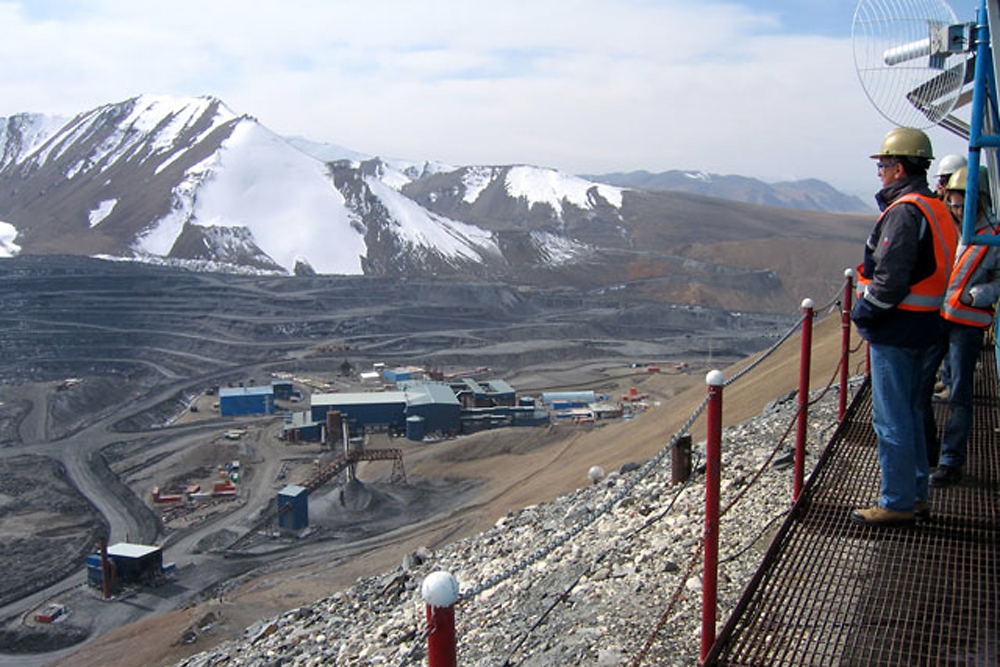 Lawmakers in Kyrgyzstan are again trying to force Toronto-based Centerra Gold, the country’s largest foreign investor, to renegotiate the terms of a mining deal that generates up to 12 percent of GDP. Any new operating contract would be the third for the country’s flagship Kumtor Gold Mine in less than a decade.

Parliament voted on January 25 to endorse the recommendations of the State Commission on Kumtor. That 25-person group of MPs, ministers and experts assessed environmental, socioeconomic, and legal issues at Kumtor, and in December recommended roughly $152 million in fines, as well as annulment of a 2009 deal negotiated under former president Kurmanbek Bakiyev. Centerra, which, under the 2009 agreement, is one-third owned by the Kyrgyz government, stands by its current contract.

Nevertheless, Kyrgyz officials appear confident. On January 26, Economics Minister Temir Sariev said he believes Centerra would prefer negotiations “in as far as it has an interest in preserving its only [major] asset – Kumtor,” the 24.kg news agency quoted him as saying. Centerra, the largest Western gold company in Central Asia, also operates a mine in Mongolia.

At a January 28 news conference, Sariev called the terms of the current agreement “murky,” and said the government in Bishkek wanted Centerra to pay a higher tax rate than the 14 percent of gross revenue that is stipulated in the 2009 deal.

For its part, Centerra seeks to resolve “matters through constructive dialogue,” but will turn to international arbitration if necessary. “Centerra notes that any discussion of the Kumtor project must take into account existing legal obligations and binding commitments,” the company said in a January 25 statement.

Signs that the State Commission would bear bad news for Centerra emerged in December, when the State Inspectorate Office for Environmental and Technical Safety issued five claims for environmental damages, totaling approximately $152 million. Centerra responded that the claims were “exaggerated or without foundation,” noting that Kyrgyz officials referred to actions – mostly regarding disposal of waste rock at the site – which took place with the prior governmental consent. In October, two ecological assessments at the mine, which is based in Kyrgyzstan’s northeastern Issyk-Kul Province at some 4,000 meters, exonerated Centerra of significant wrongdoing.

Mehrdad Nazari, director of Wisconsin-based Prizma Solutions, which conducted an audit funded by Centerra, told EurasiaNet.org by email that Kumtor’s “past and current waste management practices are not always fully consistent with best international practice, largely because of very limited, if any, appropriate waste management capacity and markets in Kyrgyzstan.” He added, however, that the company is well ahead of its local competitors and had committed to improvements.

Nazari also cast doubt on the motives of three government commissions in 2011 and 2012, introduced ostensibly to study the mine’s environmental impact, arguing that “there is little – if any – evidence that these commissions and their reports were designed to constructively engage Kumtor, in order to improve the mine’s environmental performance.” The work of the State Commission on Kumtor was politicized, Nazari added, initiated “amidst calls for nationalization and expropriation of the Kumtor gold mine.”

The “calls for nationalization” refers to an earlier commission chaired by hardline-nationalist MP Sadyr Japarov that recommended nationalizing the mine in June 2012. That October, after losing a parliamentary vote to nationalize Kumtor, Japarov took the debate to the streets. When a rally turned violent, he and two other MPs were jailed, and parliament moved to create the State Commission on Kumtor as a compromise.

Prime Minister Jantoro Satybaldiyev has ruled out nationalization, but he is said to support the January 25 decision to renegotiate Kumtor’s operating contract.

All this political brinkmanship is unfortunate, says State Commission member Kalia Moldogazieva, the head of Tree of Life, a Bishkek-based NGO specializing in environmental protection. It detracts from genuine environmental issues at the mine, she added. “I think it is clear that Sadyr Japarov and his allies wanted to seize Kumtor and name their own board of directors,” she told EurasiaNet.org.

Moldogazieva at the same time agrees with the State Commission’s recommendation to annul the 2009 agreement because the deal included only a “pitiful sum” of $310,000 per year to cover environmental expenses, she said. “This is despite the fact that [Kumtor’s] zone of operations is expanding,” she noted

Whatever happens, the consequences for Kyrgyzstan’s economy, which depends heavily on revenue generated by the mine operation, could be serious. GDP shrank 0.9 percent last year, largely based on trouble at the mine. In 2011, when the economy grew 5.7 percent, Kumtor accounted for 12 percent of Kyrgyzstan’s overall GDP and over half of industrial output.

If the two parties were to take their conflict to an international court, said Jomart Joldoshev, a Bishkek-based lawyer specializing in contract disputes, the result could be “huge financial losses” and further damage to an investment climate that is already “unattractive.”

Joldoshev believes that if Kyrgyzstan’s current leaders are unhappy with the 2009 agreement, which replaced a contract signed in 2004 under then President Askar Akayev, they should take their concerns up with the “irresponsible [political] figures” who negotiated and signed the contract, rather than the investor.

“If Kyrgyzstan, with every change of government [...] will violate or change the terms of the [Kumtor] agreement, where is the guarantee for potential investors that the same won’t happen to them?” said Joldoshev. As the country’s most strategic commercial asset, Kumtor is a test case for foreign investors. But currently, he argues: “Kumtor is a bad example for investors.”