Kyrgyzstan: Bishkek May Authorize Killing of Endangered Species in Order to Save Them 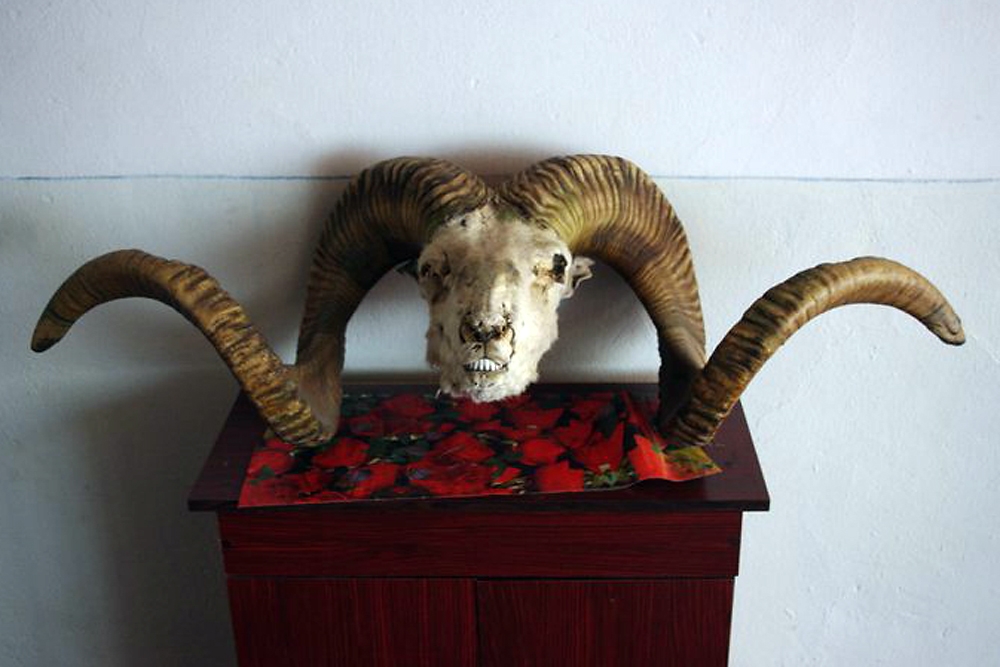 The Kyrgyz government can license kills of rare, but not endangered, animals, such as the Marco Polo argali mountain sheep, through private hunting firms. (Photo: Dennis Keen)

Lawmakers in Kyrgyzstan are considering a bill that would turn endangered species into fair game.

For most of the Soviet period, even as industrialization and farming depleted habitats, hunting bans and state-run nature reserves helped preserve rare species. Amid former Soviet leader Mikhail Gorbachev’s perestroika reforms in the late 1980s, that old system collapsed, and the numbers of previously protected species went into free fall. Today, overhunting continues, as licensed hunting firms and illegal poachers decimate dwindling wild animal populations. (The mass poaching of the brown bear in Kyrgyzstan has even affected its natural habits, ecologists say. Bears are so harassed that in winter they rarely hibernate in the same spot twice).

The state can license kills of rare, but not endangered, animals through private hunting firms. Foreign hunters, mainly Germans and Americans, pay upwards of $20,000 for “trophies,” particularly rare breeds of the argali mountain sheep, of which the Marco Polo sheep is the most well-known.

Conservationists complain that the collected fees -- intended to help protection efforts, as well as shore up local budgets -- often disappear into officials’ pockets. And if new legislation opens hunting of endangered species -- including brown bears, goitered gazelles and the Eurasian lynx, which are all protected, but suffer from poaching -- it will engender more corruption without offering protection, they say.

According to Stefan Michel, a conservation expert with GIZ, a German government aid agency, a desire to revitalize dwindling animal populations is one of the central aims of the legislation. Hunting has “always been and always will be,” Michel said in a September 16 interview published by the popular Russian-language daily Vechernii Bishkek. Working in partnership with the Ministry of Environmental Protection, GIZ has been actively involved in drafting the law.

“The [contested] issue in the new law is that it allows for the shooting of several species of animals that are recorded in the Red Book,” Michel told the paper, referring to the list of endangered species. Poachers have grown more brazen in the two decades since the collapse of the Soviet Union, he argued. By introducing an improved regulatory system that stresses well-managed trophy hunting, Michel reasoned that “as strange as it sounds … the population of all animals, including Red Book [animals] will increase.”

Not everyone is persuaded by Michel’s logic. The legislation has “major flaws” according to Dinar Turdumalieva, a lawyer specializing in public finance who was invited to share her anti-corruption expertise with the Ministry of Environmental Protection. “The law as it was, and as it remains on the [ministry’s] website, contained loopholes that could potentially be misinterpreted by individuals looking for personal gain,” said Turdumalieva. “If the aim of the legislation, as they [GIZ and the ministry] have said, is to stabilize numbers of rare and endangered species, then it should be clearly written who will take responsibility for ensuring this happens.”

“The emphasis of the law is on hunting, not on conservation,” said Shukurov, chairman of an environmental lobbying group called Aleyne. “Let us not be confused: This is about commerce.”

Shukurov, who has surveyed animal populations in Kyrgyzstan since the 1950s, shares Michel’s concerns about the growth of poaching. The argali mountain sheep population has “fallen, perhaps by 10 times” since the late 1980s, he noted.

Citing past attempts to transparently distribute the funds from hunting permits, he doesn’t believe the foreign licensing fees will go toward either conservation or local budgets as intended, calling the rhetoric behind the legislation “a lie, in a system built on lies.”

“Such legislation might work effectively in countries where a high level of law abidance exists, along with a culture of conservation and complex measures to ensure species security,” he said. “But in Kyrgyzstan, based on the trends of the last 20 years, it represents a further threat to rare and endangered species.”

Kyrgyzstan’s hunting community, meanwhile, is “generally supportive” of the law, according to the owner of a local hunting company that organizes hunts for wealthy foreigners and local officials. “Any sort of regulation will be beneficial, because in the current system, everyone’s hands are dirty,” the operator told EurasiaNet.org, speaking on condition of anonymity. Responsibility for the distribution of hunting licenses currently rests in part with local governors, he explained.

The entrepreneur believes foreign tourists are a minor threat compared with local poachers: “Sometimes [they are] simple shepherds, sometimes [they are] professionals working in collusion with officials.” The proposed legislation will have “no effect” on poaching, the operator added. “In the meantime, any talk of long-term sustainability is a joke.”