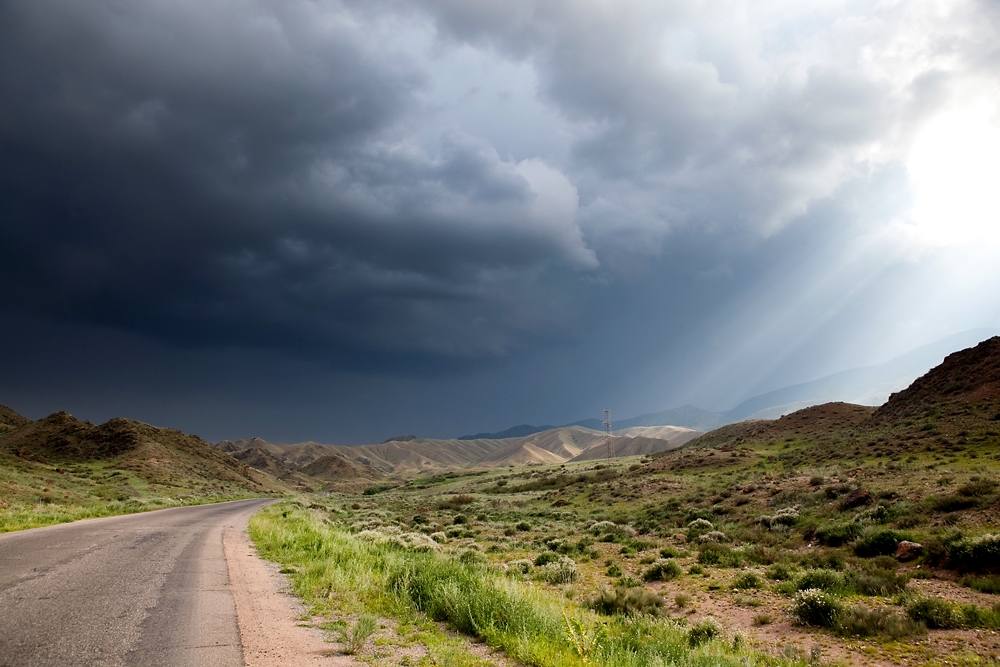 The road leading to the Kyrgyz province of Naryn cuts through one of the country’s key mining regions. (Photo: David Trilling)

Foreign executives say the business climate in Kyrgyzstan is going from bad to worse. As a result, the Kyrgyz government is squandering a chance to maximize its revenue from the mining sector.

When former president Kurmanbek Bakiyev’s administration collapsed in April 2010, many foreign entrepreneurs, especially those operating in the mining sector, were not sorry to see it go. The ousted president, along with his friends and relatives, reputedly had very sticky fingers, and many foreign business people had hopes that Kyrgyzstan’s new leadership would rein in graft.

To a certain extent, expectations of lower “transaction costs” have been fulfilled. But at the same time foreigners have experienced a host of new hassles in the post-Bakiyev era. Bakiyev’s administration had been able to offer outside mining companies a modicum of predictability – at a price. But in Kyrgyzstan’s new political environment, in which the rise of a parliamentary system has smashed the old vertical power structure, some high-profile operations are now in doubt. An emboldened legislature is fuelling hostility towards foreign projects and further aggravating delicate relationships with local communities, foreign executives complain.

In addition to new and increasingly complex bureaucratic regulations, international outfits are facing criticism from MPs, some of whom seem to be trying to exploit local disputes to enhance their own political stature. Doing business under Kyrgyzstan’s new parliamentary political system is “confusing,” says one foreign executive working in the mining industry. The legislature has so far proved more interested in “stirring discontent” than creating favorable economic conditions for investors, the source told EurasiaNet.org, speaking on condition of anonymity out of fear of reprisals.

With power decentralized, “local communities are now very active in their relationship with the mining sector,” the foreign executive continued. “We now have to renegotiate our relationship with certain elements of the community on an almost daily basis.”

The experience of Australia’s Kentor Gold, which holds the rights to mine copper and gold in the Andash deposit in Talas Province, offers a case in point. On June 24, Akylbek Japarov, a MP styling himself as a pro-business candidate in the country’s upcoming presidential elections, proposed that Kentor’s license to develop the Andash deposit be annulled. Japarav alleged that Kentor “does not intend to take any efforts to ensure environmental safety” and will “pour industrial waste” into the area’s water supply. Kentor representatives say those allegations are disinformation intended to undermine the company’s ability to retain its license.

The Japarov-sponsored motion to annul Kentor’s license won parliament’s backing, but it won’t go into effect until Prime Minister Almazbek Atambayev approves it. Work at the site has temporarily stopped because the Ministry of Natural resources is advising Kentor against development while the controversy continues, a company representative told EurasiaNet.org.

Aktilek Tungatarov, executive director of the Bishkek-based International Business Council (IBC), a lobbying group supporting both foreign and local firms operating in Kyrgyzstan, says stability is urgently needed in the mining sector. All the uncertainty is hindering the Kyrgyz government and international investors from taking advantage of soaring gold prices.

“The potential of [the resource extraction] sector is massive,” Tungatarov told EurasiaNet.org. “Officially it is one of three sectors which can drive the domestic economy, along with agriculture and tourism.”

Over the past decade, Kyrgyzstan has produced on average almost 20 tons of gold a year, making it the third-largest producer in the former Soviet Union, behind only Russia and Uzbekistan. Experts argue that opening other known fields could double this figure. But it isn’t that simple, Tungatarov cautions.

“My organization has submitted several recommendations to the government regarding regulatory changes that we believe would increase confidence in the extractive industries and attract investment for the state budget,” he said. “Unfortunately, there are some problems which will not go away, such as problems in the interactions of mining companies with local communities.”

An August 26 attack on the operational base of a Chinese company exploring for gold in Naryn Province vividly illustrates what Tungatarov calls “the government’s lack of authority in the regions.” Accompanied by the head of the local administration, villagers from settlements near the site protested against development at the Solton-Sary field and violently attacked three Chinese nationals. Beijing’s envoy, Wang Kaiwen, subsequently criticized Bishkek for failing to protect the interests of foreign investors in the country.

“This is Kyrgyzstan’s tragedy,” said Tolekan Ismailova, head of Citizens Against Corruption, a watchdog group, referring to the Soton-Sary confrontation and similar incidents.

Ismailova suggested that mistakes made a decade or more ago are still haunting Kyrgyzstan. She traced public distrust for the mining sector, for example, to a set of agreements signed between Askar Akayev’s government in the early days of independence and mining giant Kumtor Gold. That deal, she added, suffered from a “chronic lack of transparency.”

“No one ever communicated the details of the deals publicly. When the government’s share in the project decreased [when Kumtor Gold became Centerra Gold in 2004], the reason wasn’t explained,” Ismailova said. “When an environmental catastrophe took place [in 1998, 1.7 tons of cyanide spilled into the Barskoon river], the Akayev family tried to cover it up.”

Breaking the existing cycle of suspicion will not be easy, Ismailova added. “Investors don’t trust the government to provide transparency and security, the government is suspicious of investors, and the people just don’t trust anyone,” she said.