Kyrgyzstan: Cemeteries Give a Snapshot of History 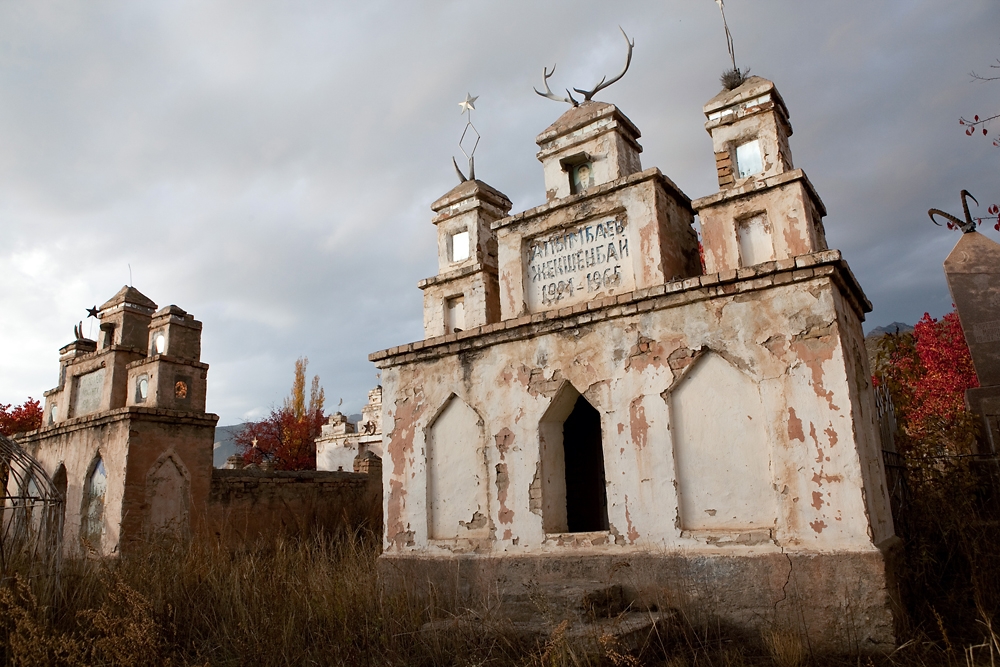 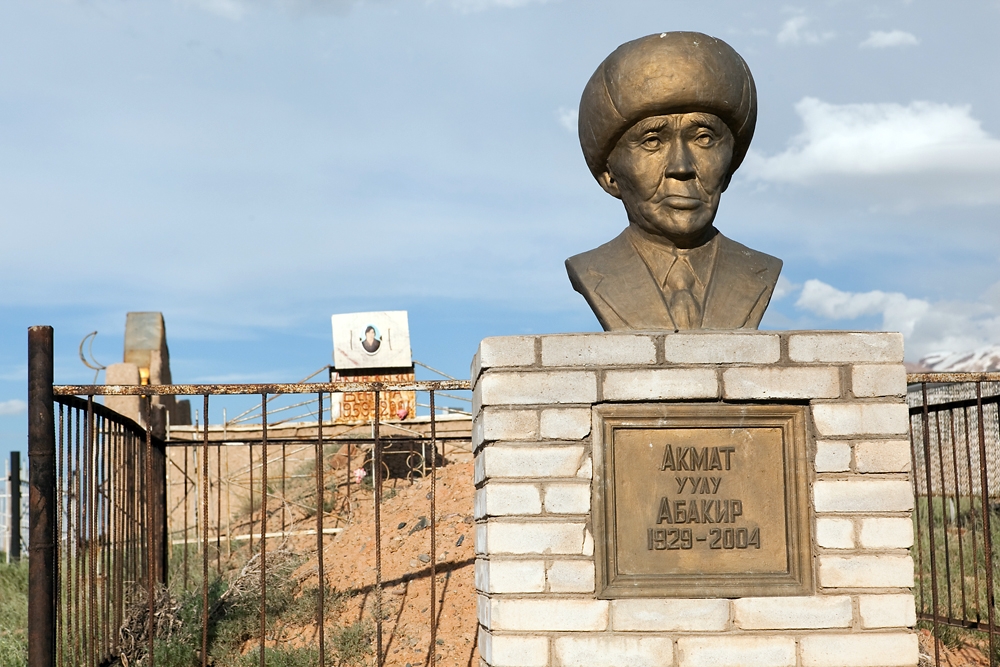 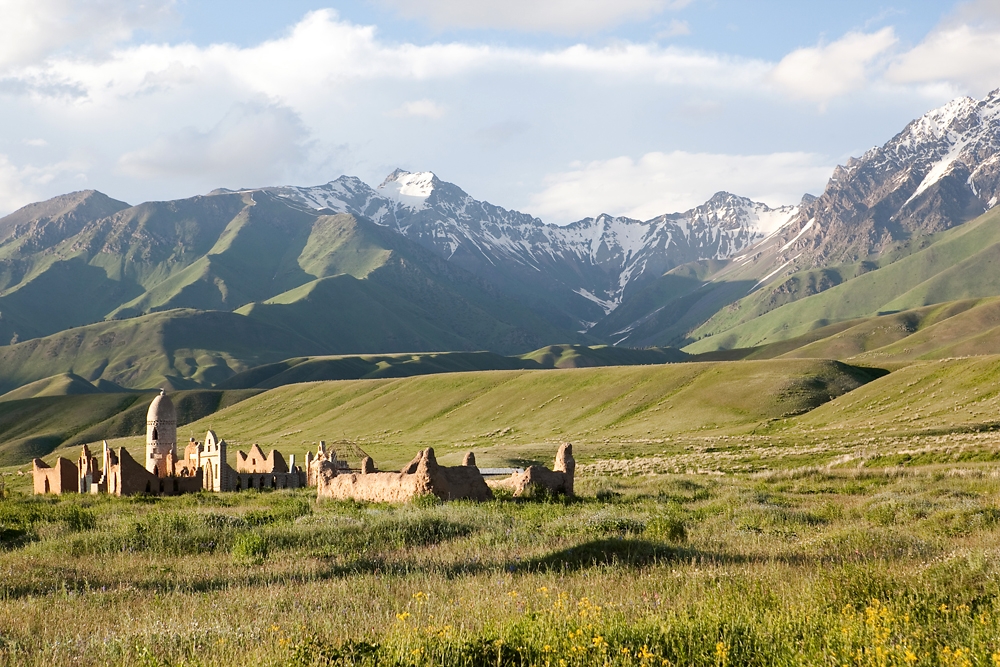 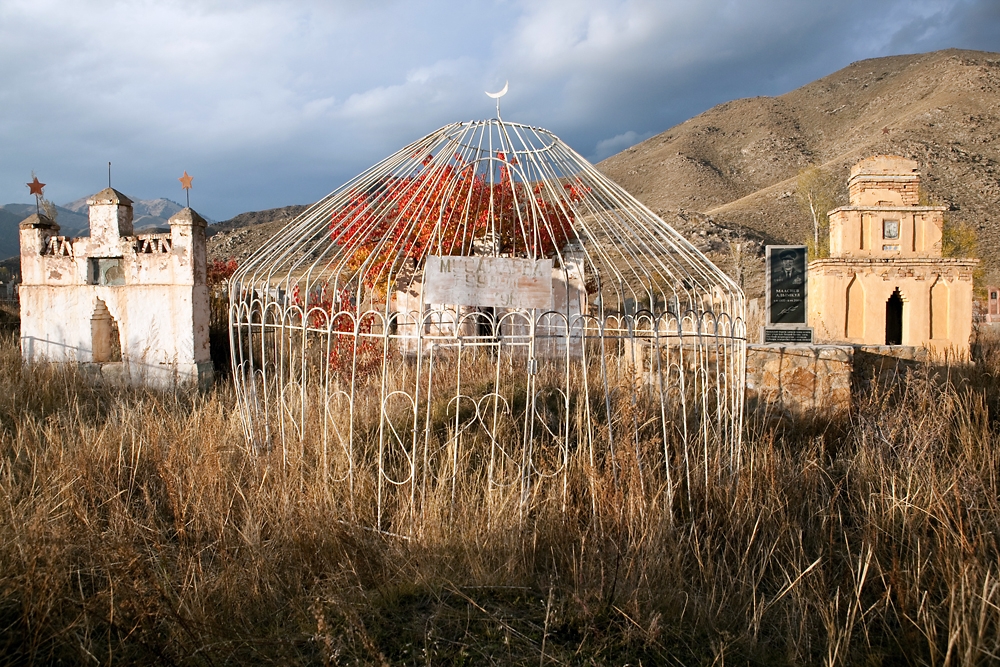 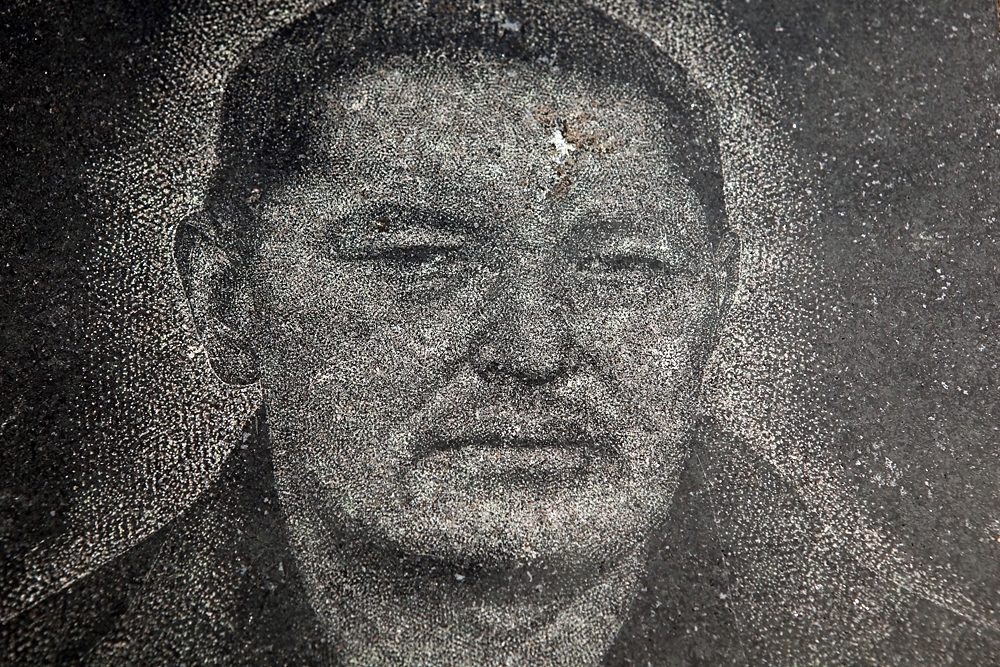 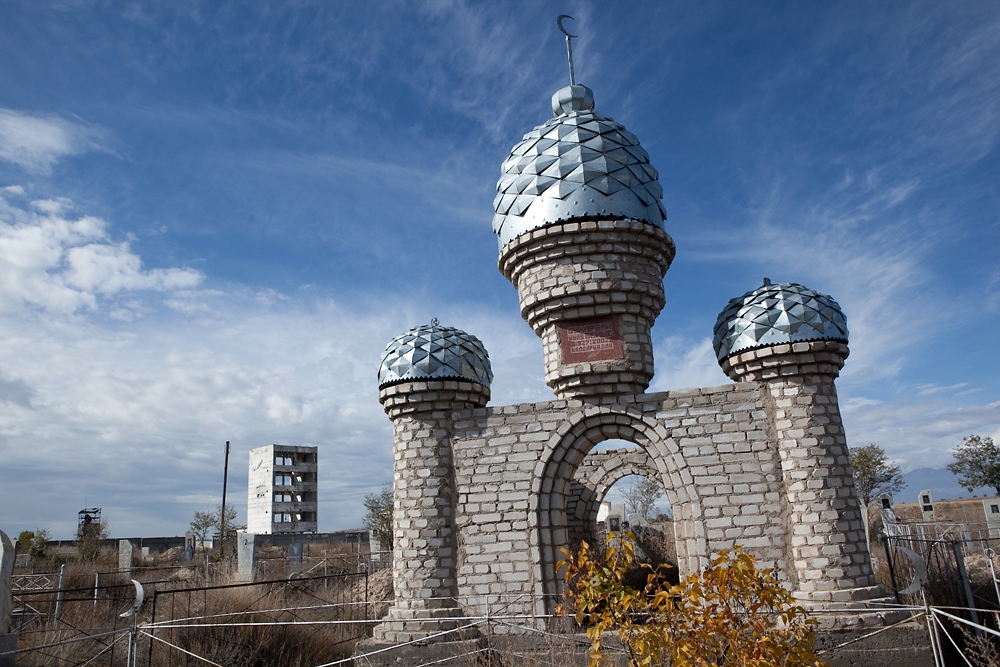 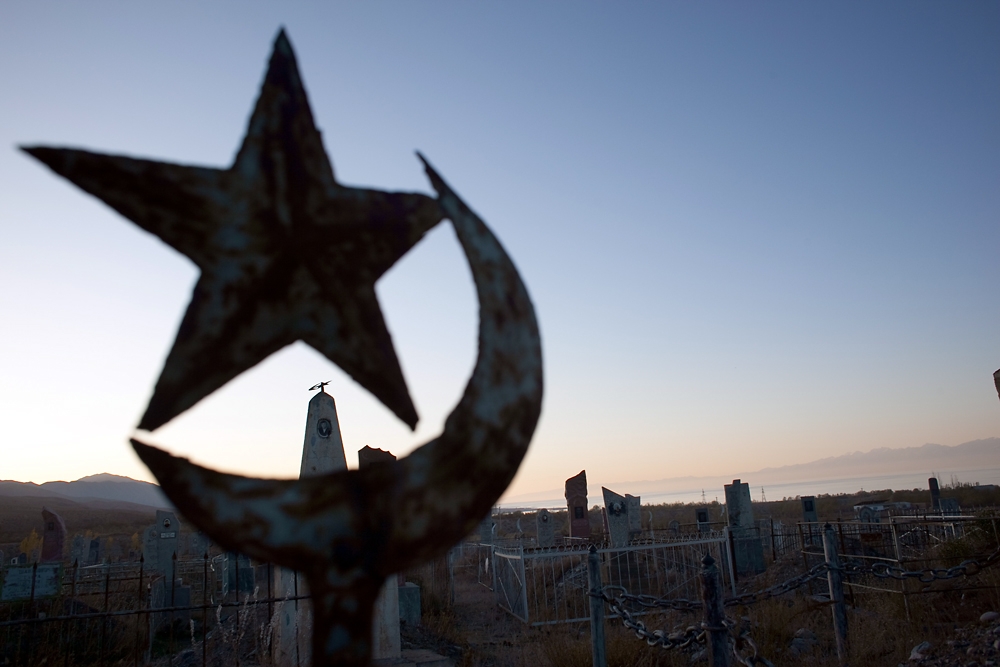 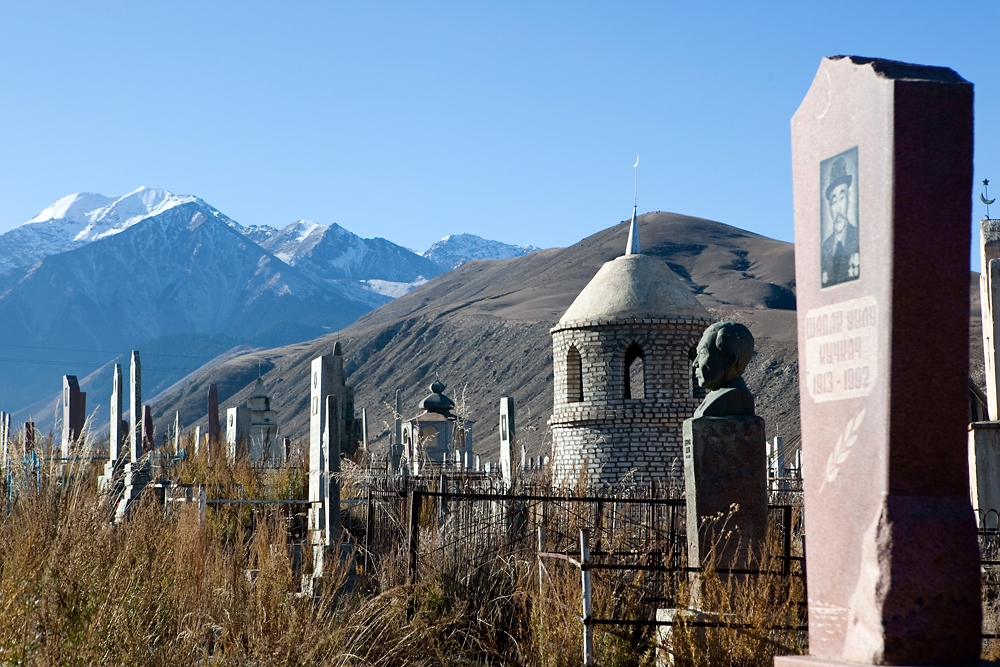 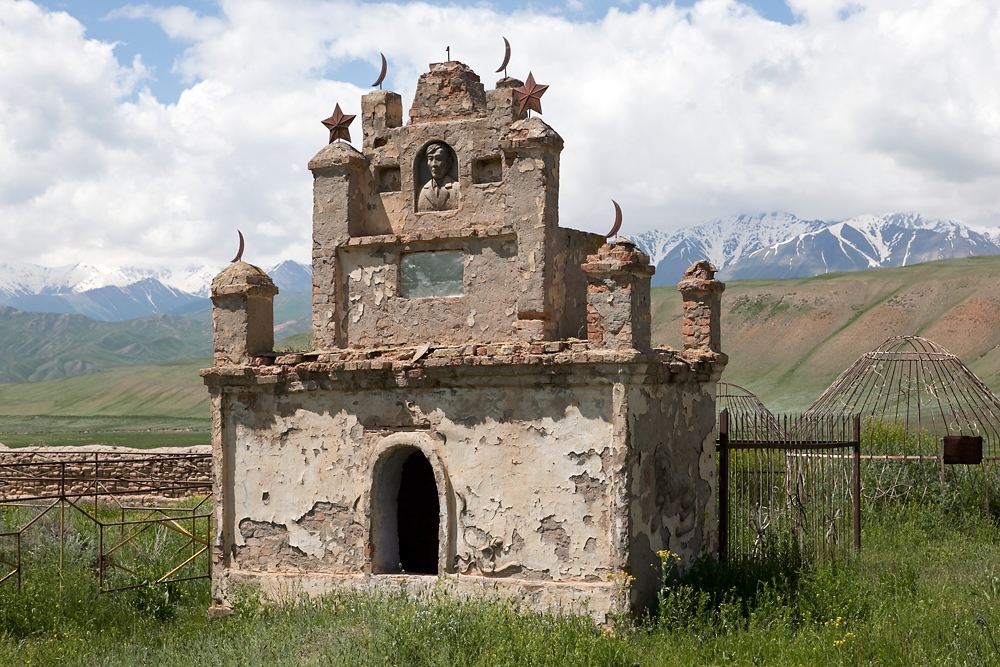 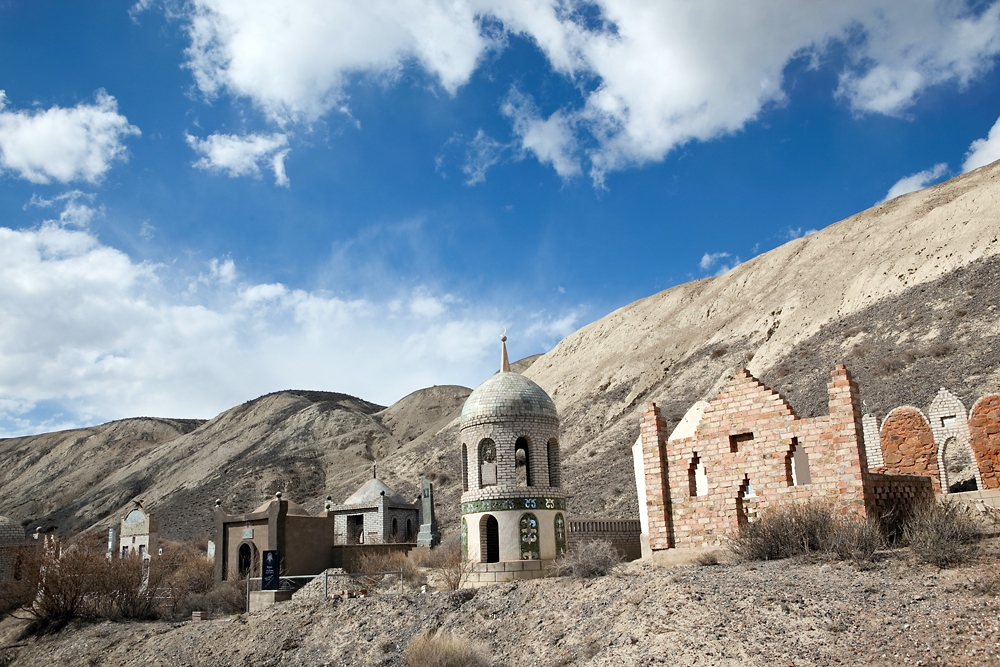 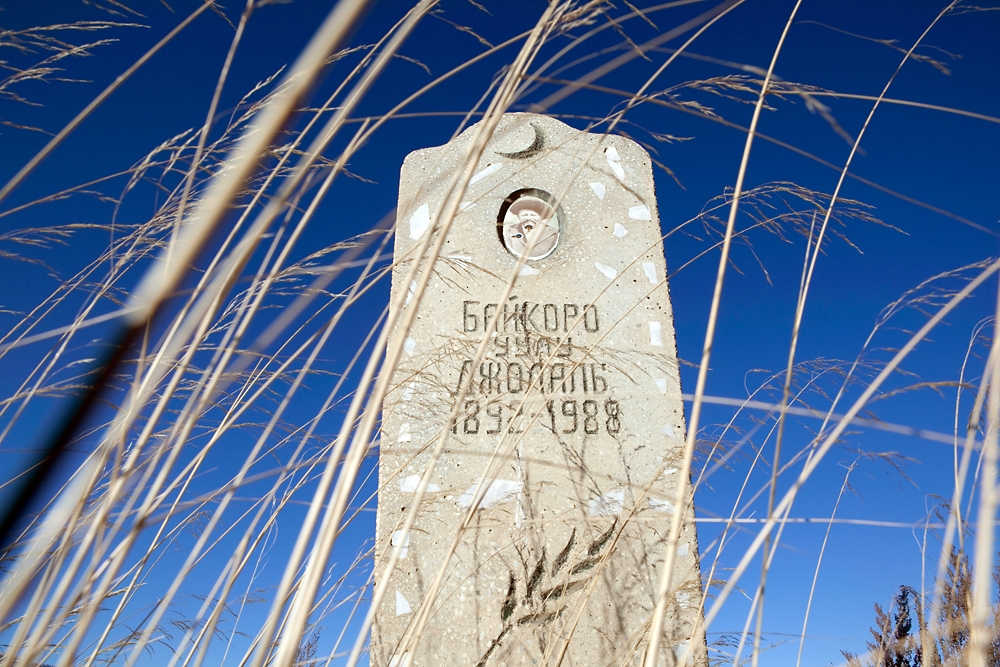 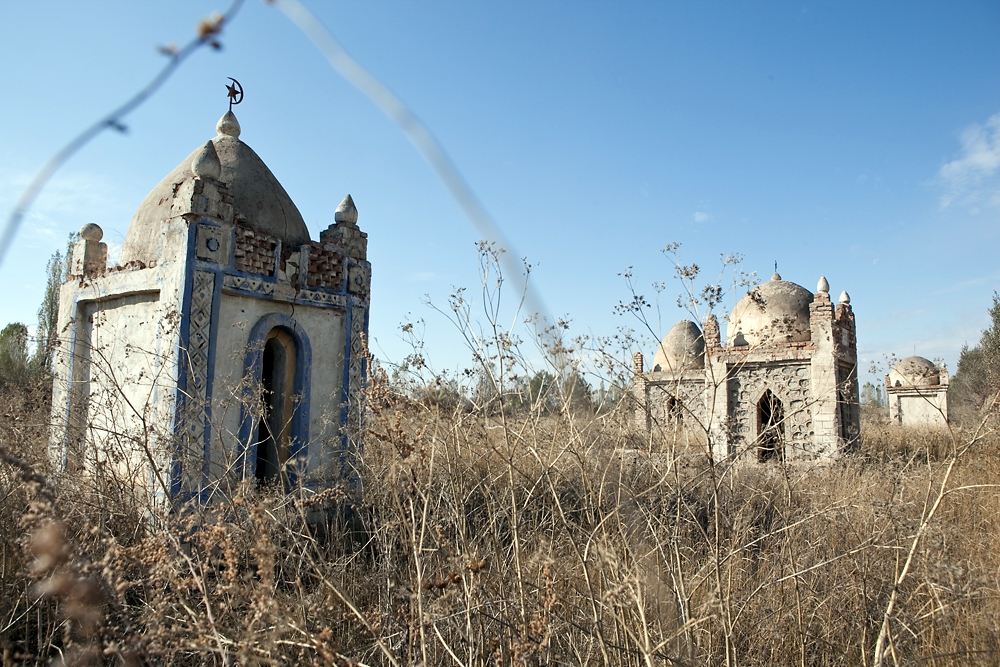 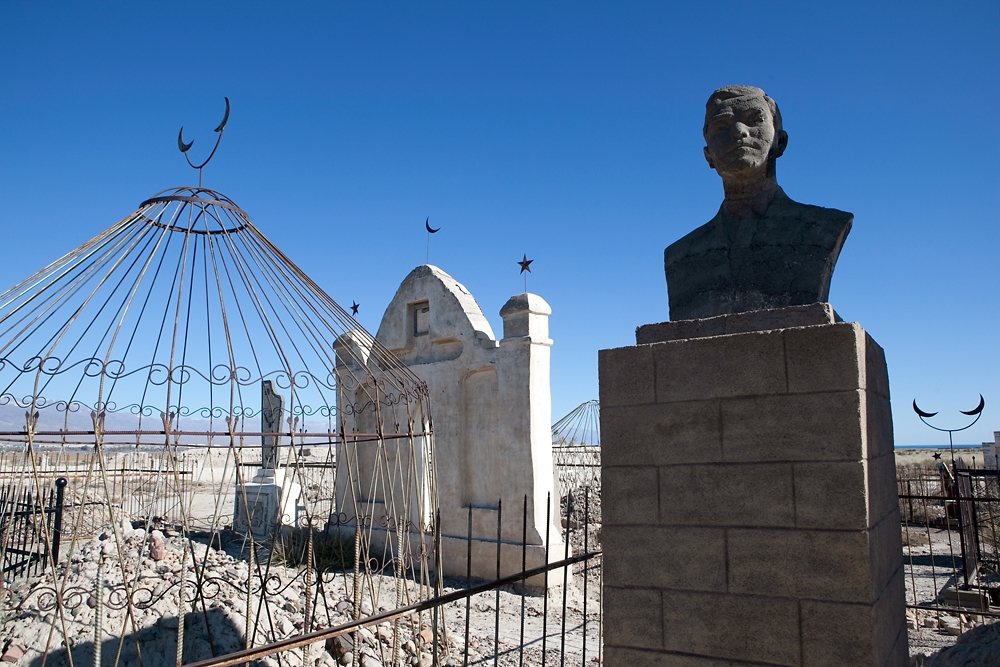 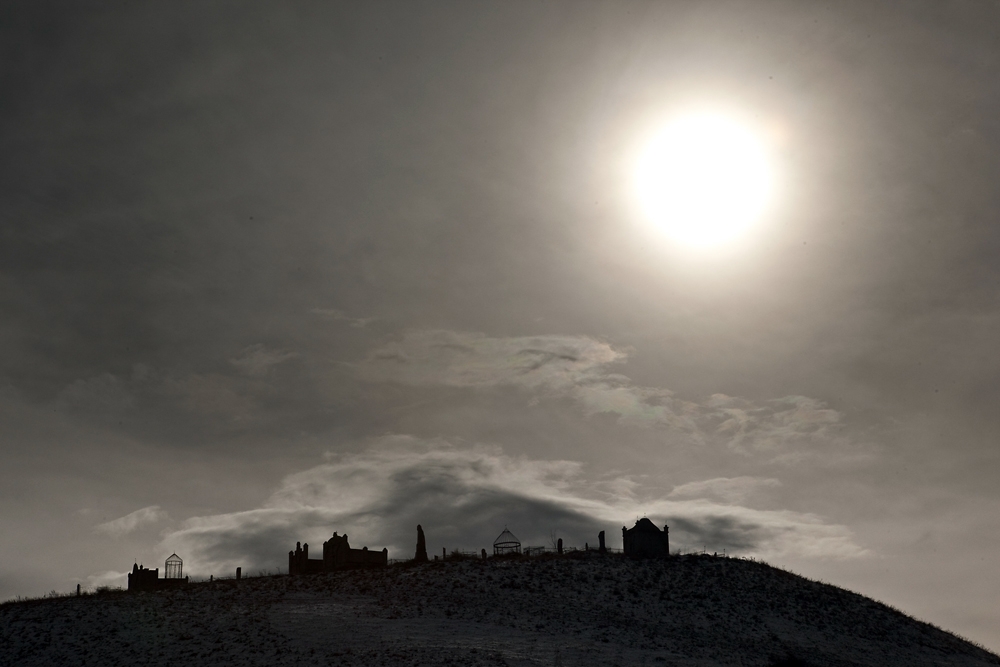 Today, as if guarding the hilltops from an unseen enemy, the tombs look like sandcastles melting in the rain and wind. But weathered as they are, they still make one wonder: How did a proud wandering people like Kyrgyzstan’s come to design such grand, permanent structures to commemorate their dead?

Until well into the 20th century, most Kyrgyz lived a nomadic or seminomadic existence. Historians describe few buildings. Yet nobles, prominent warriors and holy men, buried where they died, were honored with mud-work mausoleums. Scattered throughout the countryside, some of these tombs became holy shrines -- mazars -- for pilgrimage or annual visits by the peripatetic families of the deceased.

While many Kyrgyz today are buried under simple headstones or miniature, ironwork yurts covered with wildflowers in spring, the large mausoleums flourished in the mid-Soviet period, as mobility decreased and prosperity grew. Elaborate structures made of brick and metal, sometimes with rough cement busts of the deceased, became a way for families to pay their respects and also demonstrate their standing in a theoretically egalitarian society, says Gulnara Aitpaeva, director of the Aigine Cultural Research Center in Bishkek.

“We were nomadic and a nomadic lifestyle did not allow anyone to build huge memorials; it was meaningless. If you moved around all the time, you didn’t need a special monument,” she says of Kyrgyzstan’s pre-Soviet burial rituals.

“But in Soviet times the idea became common to build very special, sometimes beautiful, sometimes terribly strange memorials. It depended -- as it depends now -- on your social status and financial ability,” she adds.

Until the 18th or 19th century, most Kyrgyz did not practice Islam, venerating animals and nature instead. Today, many still mark their loved ones’ tombs with antlers, feathers and clay reproductions of animals. Before Islam, “the Kyrgyz buried people under special stones, near a big river, for example. They marked them [the graves] in a nomadic way, but without buildings. They’d bury someone near a special bush they could find year after year or in a special cave,” says Aitpaeva.

As the Soviets extended control throughout Central Asia in the 1920s and 1930s, they sowed an official doctrine of equality. But rather than discard a tradition reserved for nobles, the newly sedentary Kyrgyz gradually started building necropolises outside of villages. In designing the monuments, some recalled the days of their nomadic yurts -- the collapsible, conical homes made of wooden frames and felt canopies -- constructing metal-rod versions for their fathers and mothers, like birdcages dotting the landscape. A particularly showy tomb might have a vestibule with a bench, reminiscent of some 19th-century statesman’s in Paris’s Père Lachaise.

In some cases, cemetery culture fused old and new influences more directly. Russians brought the tradition of etching a face -- the deceased immortalized in his prime -- on headstones or the tombs’ facades. And often, one sees a crescent moon adorned with a five-pointed star. The crescent is both Islamic and a symbol from earlier times, of light at night, says Aitpaeva. The five-pointed star is distinctly Soviet.

As the relative prosperity of the Soviet period continued, the mausoleums became more elaborate.

“The Soviet system wasn’t equal. There was much social stratification. If you had a close relative who was powerful, you’d get a huge tomb. If not, no. Now it’s exactly the same. If you have money, society demands that to be recognized as a good son or good daughter, you build something huge [for your parents],” says Aitpaeva.

Over the past 20 years of economic decline, the vast majority of new graves have been marked by simple headstones or perhaps a skeletal yurt -- all an average family can afford. One engraver says he no longer gets orders for elaborate tombs. He scrapes by, carving names, for a few dollars each, into scrap material he salvages from an abandoned construction site outside of Bishkek.

Though the scenery remains the same -- stunning -- the tombs on the hills are a reminder of a more prosperous time.