Kyrgyzstan, Centerra sit down as Kumtor problems pile up 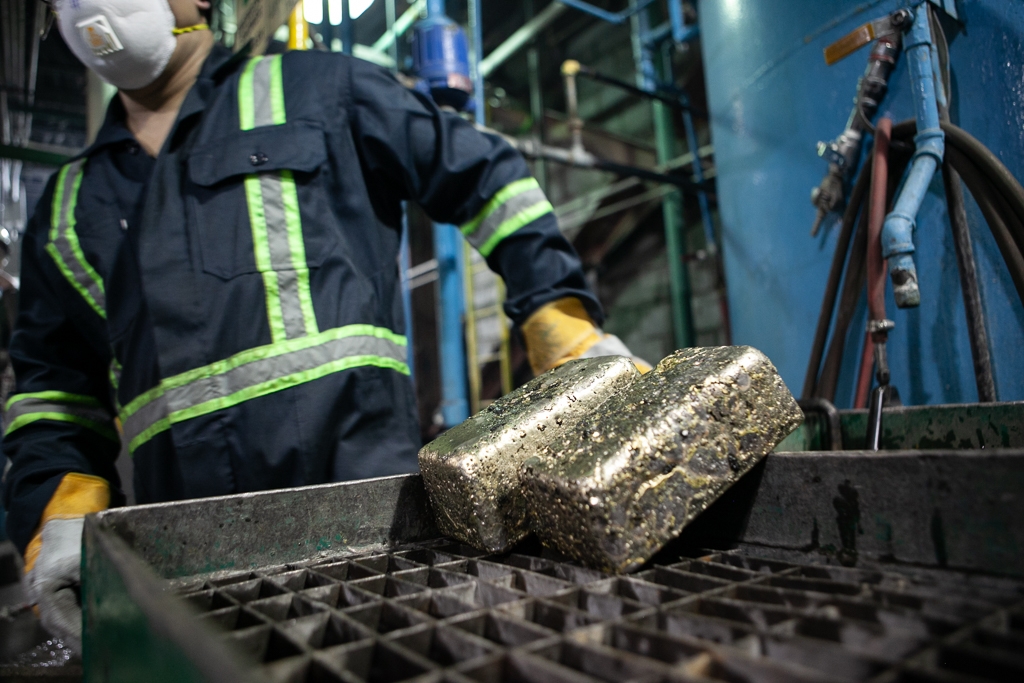 It’s hard to run a gold mine without buyers. (David Trilling/Eurasianet file)

Authorities in Kyrgyzstan say they have held talks with the country’s largest private investor for the first time since seizing its flagship Kumtor gold mine in May.

Problems piling up at the high-altitude mine, plus trouble unloading bullion on international markets, may have forced Bishkek to the table.

The negotiations, which reportedly took place from September 28-30 in Geneva, have not been confirmed by Centerra Gold, the Toronto-listed company that owns Kumtor. The day before, Centerra had accused Kyrgyzstan of all but running Kumtor into the ground by eschewing safety protocols and focusing on quick profits.

But the office of Kyrgyzstan’s populist President Sadyr Japarov on October 2 expressed satisfaction with the discussions and refused to rule out further meetings on the sidelines of an arbitration battle brewing in Stockholm.

Yerbol Sultanbayev, Japarov’s spokesman, said the talks were Centerra’s initiative and claimed the company had proposed “a scenario wherein the Kyrgyz Republic becomes the direct owner” of Centerra’s subsidiary, the Kumtor Gold Company (KGC), which operates the mine.

Kumtor, which accounts for about a tenth of economic output, has long been a byword for political infighting and Kyrgyzstan’s dire investment climate.

Japarov, a virulent Centerra opponent while in the opposition, has gone further than previous leaders to extract added value from the mine.

His government’s imposition of external control at Kumtor was initially billed as a temporary measure necessary to correct environmental and safety violations. Since then, temporary has become indefinite.

But full control has brought headaches.

Exhibit A is the decision of the London Bullion Market Association last month to remove Kyrgyzstan’s state gold refiner, Kyrgyzaltyn, from its list of acceptable sources.

While the LBMA did not provide a reason for the September 17 decision, the Wall Street Journal indicated the suspension is connected to Centerra’s allegations of financial impropriety at the Kyrgyz company.

The LBMA’s list is essentially a passport to global bullion markets. Traders told the Journal that without access to the LBMA, Kyrgyzstan could have no choice but to sell its most important export at a discount.

The noise surrounding the suspension seemed to be one of several things keeping Japarov up when he took to Facebook in the early hours of October 3 to rail against skeptics doubting the wisdom of nationalizing Kumtor.

“Gold will always find its market. Buyers are queuing up,” Japarov insisted, also moving to assuage fears of a defeat in international arbitration.

“Let us allow that [Centerra] beats us due to the international mafia’s influence. What will happen then? Will they be able to take Kumtor away? It’s our land, our mountains, our wealth and, finally, our people, right? The main thing is to have the support of the people,” Japarov concluded.

Japarov is correct that there is popular support for his Kumtor takeover.

But that doesn’t mean the nationalization drive, coming at a time of great economic woe and energy shortages, isn’t full of risks for him and his government.

As the new steward of the mine, Bishkek has inherited baggage once exclusively Centerra’s, including accusations of environmental violations and underpaying workers.

Centerra said in a September 27 statement that it had asked an international arbitrator to impose “urgent interim measures” on Kyrgyzstan, which it said was “departing from the approved mine plan in ways that will cause irreversible damage.”

“Based on recent reports, the government has also failed to adequately protect the mine’s infrastructure from flooding and other threats and may be facing production difficulties,” Centerra added. KGC had previously rebuffed Centerra’s claim that flooding in the mine had reached unprecedented levels.

Perhaps most worrying for Japarov are calls to hold KGC to account in the parliament, where he once spearheaded demands for nationalization.

Her colleague Aibek Osmonov demanded Japarov’s appointee to run the mine, Tengiz Bolturuk, be brought before lawmakers.

A lawyer who represented Kyrgyzstan at the Geneva talks, Dmitri Dolmatov, said in an interview with Kaktus Media that KGC would be disadvantaging Kyrgyzstan in its battle with Centerra if it issued public reports on its activities.

“There is no way that can be allowed,” Dolmatov said.