Kyrgyzstan: Chaos reigns in the kingdom of Kumtor

The new boss has started the job breaking promises and facing serious accusations. 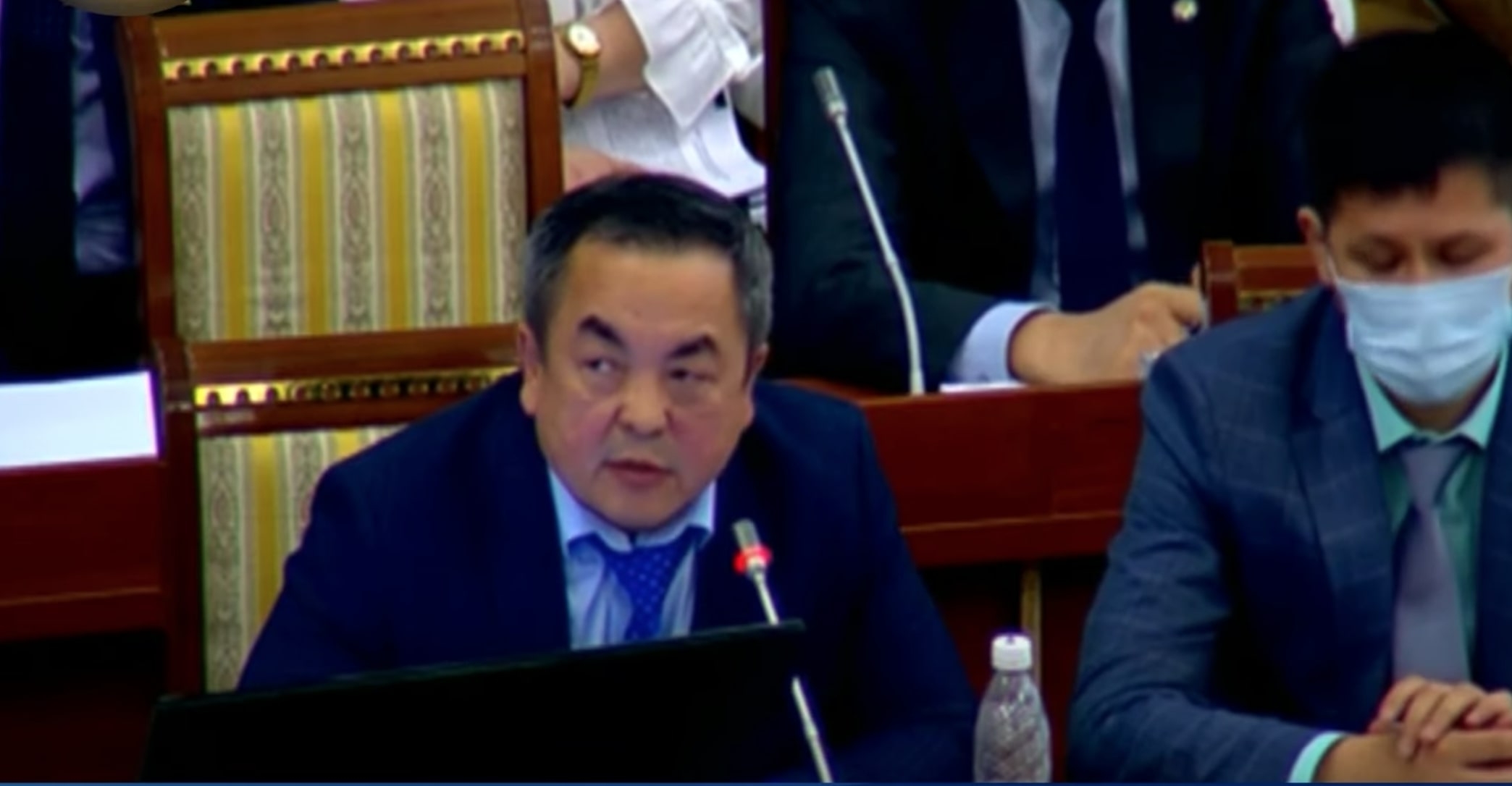 And just like that, the Kumtor gold mine, Kyrgyzstan’s cash cow, has a new boss. And he’s already backtracking on his promises.

Earlier this month, parliament approved legislation that enabled the authorities to temporarily take over the mine if they detected environmental and safety violations.

But now that the mine is under its control, the man that the government has charged with its running is suggesting that implementing greener procedures will take longer than first thought.

Until he got the nod to serve as administrator at Kumtor, Tengiz Bolturuk, a dual Kyrgyz-Canadian citizen, was one of Kyrgyzstan’s three appointed representatives on the 11-man board of Centerra directors. Bishkek owns a roughly one-quarter stake in the company.

In Toronto, Bolturuk had gained a reputation as a very hostile colleague, two sources familiar with his time on the board told Eurasianet. At home he has been making a big impression, too.

In an open letter published in Kyrgyz media on May 14, employees of Kyrgyzaltyn, the state mining company that owns Kyrgyzstan’s Centerra shares, expressed alarm over Bolturuk’s growing involvement in the company.

Bolturuk had positioned himself as the de facto head of the company, they said, firing employees and overseeing the flight of hundreds of thousands of dollars out of Kyrgyzaltyn through shell companies.

Those accusations were not brought up by parliamentarians during an extraordinary session of the legislature on May 17.

There, Bolturuk engaged in vociferous criticism of Centerra and earned a nomination to head up Kumtor by a state commission that is investigating the company’s alleged wrongdoings.

One lawmaker did voice concern that Bolturuk had been issued a diplomatic passport last year despite holding citizenship in Canada, in violation of Kyrgyz law. But Bolturuk explained that the passport had been provided to him by President Sadyr Japarov – a fellow native of the Issyk-Kul region, where the mine is based – to ease his travel between Kazakhstan, where he lived, Kyrgyzstan and Canada.

Suspicions around potential misappropriations of funds was reinforced in a May 20 statement issued by Centerra, which said the company “learned that on May 12, 2021, prior to the seizure of the mine, Kyrgyzaltyn JSC attempted to divert approximately $29 million to an unauthorized bank account using a forged payment instruction sent to a third party.”

The transaction was shut down by the third party, Centerra claimed. Kyrgyzaltyn, for its part, has denied conducting any financial transactions on the day in question.

Centerra has not gone as far as accusing Bolturuk of responsibility for the alleged embezzlement attempt. It noted, however, that it has already initiated legal proceedings against him over “flagrant breaches of his fiduciary duties” to Centerra.

This is due to his assisting Kyrgyzstan’s attack on the company, which began whilst he was still a salaried Centerra board member, the company said.

Bolturuk, a career miner whose 30-year work experience in different countries included a stint with extractive giant Barrick Gold, announced his resignation from Centerra’s board in parliament. Before that time, he had been advising the state commission, he admitted.

Centerra has already filed arbitration proceedings against the Kyrgyz government as it battles to defend Kumtor, its star asset.

Kyrgyzstan looks for the moment more bothered by the challenge of keeping the mine running.

On May 17, Centerra acknowledged that it had effectively lost control of the mine and said that it had restricted the access of Kyrgyzstan-based users to Centerra’s global IT systems to prevent possible intrusions. It insisted that all automated systems required to operate the mine safely remain in place.

Bolturuk said three days later that key systems have been shut down to the detriment of safety and proper environmental monitoring, however.

Financial challenges at the mine are most pressing. Bolturuk has said that the National Bank has enough money to buy the gold produced at the mine.

This is important because the mine’s operator Kumtor Gold Company, or KGC, no longer has access to funds from Centerra in Canada.

These assurances have not prevented talk among workers of a potential strike over delayed salaries, according to Kumtor’s trade union. The trade union said that its official position is to keep the mine running and that outside forces are responsible for stirring strike sentiment.

Finding answers to environmental problems at the mine is becoming a more distant priority.

The most significant of Centerra’s alleged violations there was its historic habit of dumping mining waste on glaciers. In fact, it was this practice that saw Centerra fined over $3 billion by a Kyrgyz court on May 7 and that officials claimed was sufficiently urgent to warrant going ahead with the seizure.

But Bolturuk opined last week that phasing out this practice might take as long as two years.

“This task is solvable, but it takes time,” Bolturuk said.