But a contentious procurement law in the works has fueled skepticism about government claims to be fighting corruption. 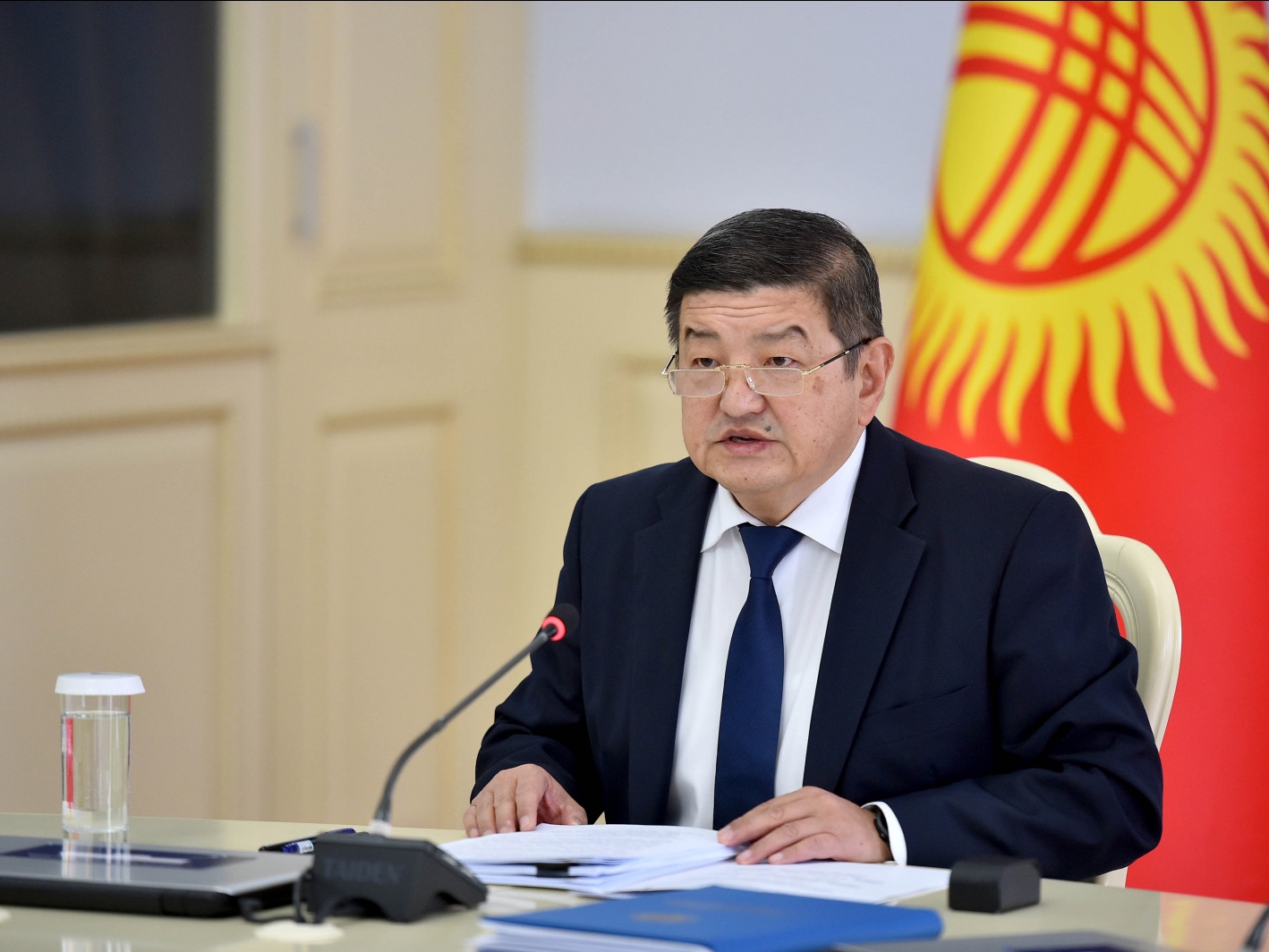 Big talk: The head of the Cabinet, Akylbek Japarov, says he is prepared to fire the entire customs service. (Photo: Kyrgyzstan government website)

Customs officials are widely recognized to be among the most corruption-prone government employees in Kyrgyzstan.

So, for the head of the government to hint, as Akylbek Japarov did on November 21, that there may be plans to dismantle the entire State Customs Service in theory portends a major development.

Japarov reportedly dangled the possibility during consultations with President Sadyr Japarov (no relation).

“We have a big problem: the customs service,” the head of the Cabinet, Akylbek Japarov, told the parliament’s budget, economic and fiscal policy affairs committee, relaying the gist of his exchange with the president. “If need be, we will hire guys who will feel sorry for the state.”

That last line was a direct quote from a famously upstanding customs official featured in the Soviet-era comedy movie White Sun of the Desert who responds when offered a bribe: “You know I don’t take bribes. I feel sorry for the state.”

Japarov offered a slightly contradictory picture. While implying that corruption was the overriding issue constraining Kyrgyzstan’s coffers, he offered the head of the State Customs Service, Samat Isabekov, a chance to stay off the hook.

“Compared with last year, tax revenues have increased by 26 billion soms ($308 million). We wanted to increase them by 50 billion. The remaining 24 billion didn’t arrive from Russia because of the war,” Japarov said.

Isabekov gave a preview of the bad news at a press conference in November, when he said his body planned to raise 75 billion soms this year – down from the 98.5 billion soms that had been previously forecast.

Economic affairs news agency Tazabek quoted Isabekov as saying at the time that the ambitious 98.5 billion som target had been cooked up by “cowboys who did not work in the state service.”

Isabekov argued that the performance of his agency spoke for itself. If in the period from January to October, the State Customs Service had managed to drum up 59.1 billion soms in revenues, the amount over the same timeframe in 2021 was 46.9 billion soms.

Akylbek Japarov appointed Isabekov as head of the State Customs Service in January, reinstituting him to a position he had occupied between January and October 2021.

Meanwhile, the person who held the job in the interim, Adilet Kubanychbekov, was arrested in January and charged with corruption. In March, Kubanychbekov reportedly confessed to having engaged in bribery and agreed to pay the state more than 51 million soms in damages. That was not all. In April, the former customs chief was found guilty by a Bishkek court of abuse of office and fined another 1 million soms.

Quibbling over the customs services' ability to raise funds comes against the backdrop of a troubling financial situation.

The Finance Ministry earlier this month revealed that Kyrgyzstan will this year record a 34.5 billion som deficit – a record for the country. According to Finance Ministry calculations, revenues are projected at around 272 billion soms, which is a little shy of what had been expected.

“The main reason for the decrease in tax revenues is the armed conflict on the territory of Ukraine and the introduction of additional sanctions against Russia. This led to a decrease in [Eurasian Economic Union] revenues,” the statement said, alluding to the customs union of which Kyrgyzstan is a member, along with Russia, Belarus, Kazakhstan and Armenia.

Outgoings, meanwhile, have been forecast to reach 307.4 billion soms.

The unexpected scale of expenditures has been caused in part by the border conflict with Tajikistan that took place in September, officials have said.

But how seriously to take Japarov’s claims to be prioritizing the war on corruption? The activist community in Kyrgyzstan – including prominent anti-graft campaigners the authorities have just recently thrown into jail – are bound to roll their eyes.

Local media reported on November 21 that the World Bank, the Asian Development Bank, and the European Bank for Reconstruction and Development have collectively in a letter voiced their concerns to the government over a draft law on public procurement that would enable companies to win state tenders without needing to compete. The coalition of international organizations has told Kyrgyz officials that they believe this set-up, which is still pending approval in parliament, will make the procurement system liable to fiddling.

Against this backdrop, boasts of intent to clean up shady government entities appear decidedly hollow.