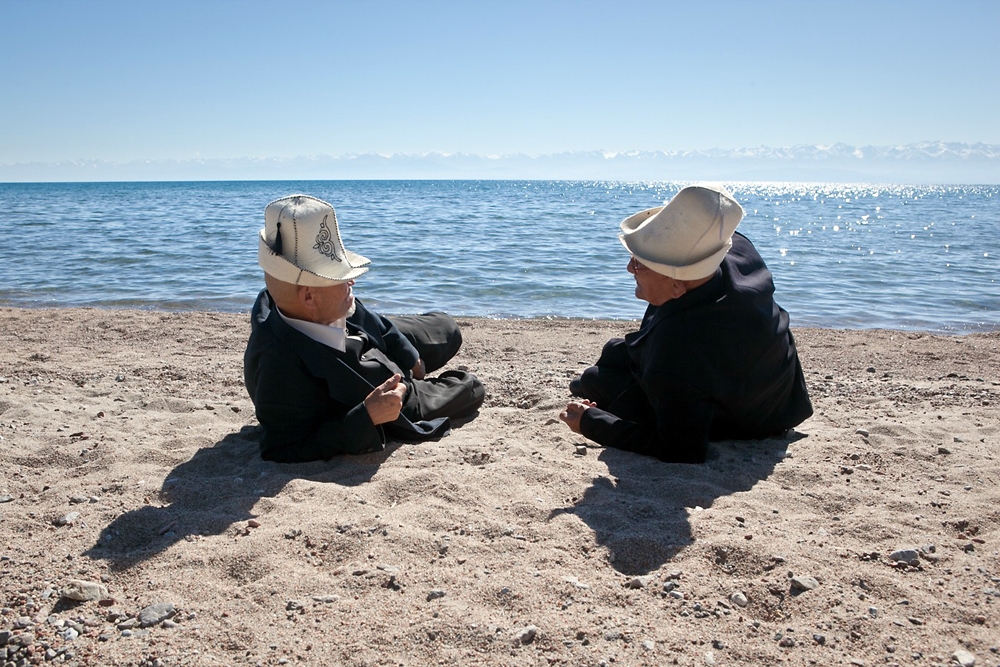 Water, water everywhere in Kyrgyzstan – except when and where it’s needed. Kyrgyzstan is a Central Asian nation that traditionally has been well endowed with water. But, in an era marked by global warming, old assumptions about water supplies are changing, and farmers are getting nervous.

Conditions in Togotoi, a village in southern Kyrgyzstan’s Osh Province, help illustrate the challenges. Farmers there are rushing to finish planting their corn, wheat and vegetables by late May. But no one knows whether the province will have enough water during this summer’s growing season, as arid summers have become the new norm.

Despite Togotoi’s ideal location between two tributaries of the Syr Darya River, one of Central Asia’s largest, droughts in Osh Province are increasing in frequency. The area’s dilapidated irrigation canals are a primary source of concern. A large share of water that enters the irrigation system is wasted before it can nourish crops. As a result, Togotoi villagers like Stalbek Karimov worry that they won’t be able to withstand another season of low rainfall. “Summers are hotter now,” said Karimov. “Temperatures are rising and there is less water available.”

In Kyrgyzstan, debates over climate change have less to do with emissions targets and green jobs than they do with sick animals, hotter summers and disappearing rivers. Kyrgyzstanis are trying to adapt, but in a country where the political climate can be as volatile as the thermometer, getting new management strategies in place and infrastructure built is a challenge.

“Kyrgyzstan is in a group of countries that have fallen behind [in developing] projects and programs on climate change,” wrote Mars Amanaliev, director of the Ozone Center of Kyrgyzstan, in response to questions from EurasiaNet.org. The government agency helps coordinate Bishkek’s climate change adaptation projects – a tough task, says Amanaliev.

Among the steps toward a coherent preparedness strategy is the development of a National Action Plan under the guidance of the United Nations Framework Convention on Climate Change (UNFCCC), to which Kyrgyzstan is a signatory. This document, which is supposed to be the product of coordinated planning by 11 ministries and agencies, remains unfinished.

“There is not enough institutional capacity to develop adaptation programs,” Amanaliev wrote. “While the concept of the national strategy is being developed, the concrete elaboration of the adaptation program with the participation of all interested ministries and departments is not happening.”

Without coordinated government action, communities in rural Kyrgyzstan are forced to cope on their own. “Animals become sick more easily now,” said Karimov, the Togotoi farmer. “More livestock are dying.”

Another problem is the fact that consensus remains elusive on the extent of the water problem. Perhaps most significantly, debate continues to swirl around the rate of glacier melt in Asia’s mountains. A report published earlier this year in the journal “Nature” suggests that Asia’s highest peaks, which provide glacial runoff to 1.4 billion people, have experienced virtually no melting over the last decade. Those findings, however, have drawn criticism from some scientists.

The challenges that Kyrgyzstani farmers face differ depending on the region. For some communities, the biggest challenge might be water scarcity. For others, landslides are posing a greater threat as precipitation patterns change. The only thing for sure is that temperatures are rising, and Kyrgyzstan is among countries most vulnerable to the impacts of climate change.

In its most recent study – the Second National Communication to the UNFCCC, which was published in 2009 – Kyrgyzstan’s State Agency on Environmental Protection and Forestry predicted temperature increases across all regions of the country ranging from 3.5 degrees to 8.4 degrees Celsius by 2100. These estimates surpass the 2-degree window that some scientists identify as the threshold to “dangerous climate change.”

The economic risks from changes in temperature, precipitation, and the steep increase in reported climate-induced disasters are clear. “The most vulnerable sectors of the economy are agriculture, water resources [for hydropower production], infrastructure and energy,” said Amanaliev, the Ozone Center director.

The potential for resource scarcity to ignite social tension is prompting some analysts to label climate change a national or global security threat. But others worry that framing climate change as a security issue obscures the more immediate threat to individual livelihoods in Kyrgyzstan’s mountain communities, where impacts to water supply drive economic loss and weather-induced landslides puts lives in danger.

Ann Piersall, a geographer and Fulbright scholar who spent a year studying local perceptions of glacier retreat among communities in the high-altitude At-Bashy Region of Naryn Province, says that people are often uncertain about the changes to their local environment, even in a place where glaciers are visible from most villages.

“The most voiced concern shared by residents was [about] water availability,” Piersall said, describing the challenge translating concerns into useful data for planning. Long-term changes are difficult to measure “because historic drought and flood events were often more memorable than trends represented in the climatological data.”

Michael Igoe is a freelance reporter specializing in environmental issues in Central Asia.