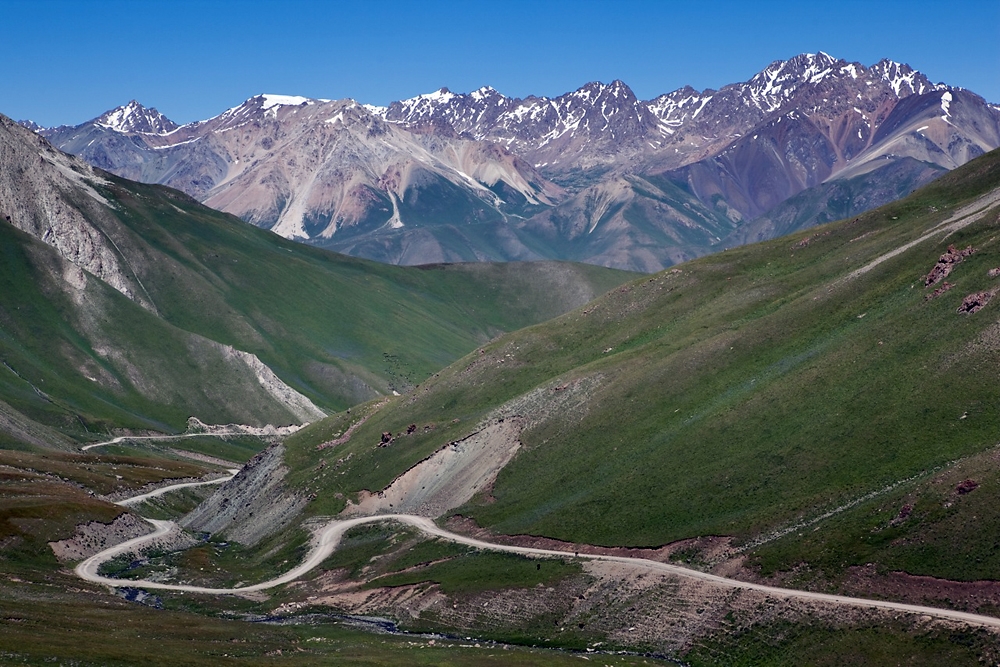 Are foreign mining firms ready to give up the gold in the mountains of Kyrgyzstan? (Photo: David Trilling)

In another grim sign for foreign investors in Kyrgyzstan, a parliamentary probe into operations at the Kumtor gold mine has some experts worried that officials are angling to nationalize one of the Central Asian country’s most valuable assets.

Kumtor is responsible for generating at least 7 percent of Kyrgyzstan’s GDP and accounts for more than one-third of the country’s exports. Operations at the mine date back to the early 1990s, when Cameco Corp., a Canadian mining outfit, launched a joint venture with the Kyrgyz government. Under the initial agreement, Bishkek held close to 60 percent of shares in Kumtor’s production. A restructuring in 2004 created Centerra Gold, which also operates a mine in Mongolia, leaving the Kyrgyz government a 15.6 percent stake. Since then, Kyrgyz officials have taken action to steadily increase the state’s share in Kumtor.

Following the Tulip Revolution in 2005, the new administration of Kurmanbek Bakiyev, seeking to renegotiate the terms of Kumtor’s operations, sent tax inspectors to the Centerra’s Bishkek offices and threatened to annul exploration licenses. A new agreement in April 2009 gave Kyrgyzstan a 33-percent share in the mine. As part of the new agreement, Centerra also agreed to pay about $22.4 million in back taxes, according to local press reports. In addition, Cameco agreed to liquidate its stake in Centerra, transferring 25.3 million shares to a Kyrgyz holding company, Kyrgyzaltyn JSC, while putting up its remaining 88.6 million shares in a public offering.

For Centerra Gold, the latest bout of trouble began when residents of Issyk-Kul Province, where Kumtor is located, staged a series of protests early this year, at one point blocking the road to the mine. Protesters complained that Kumtor's operations were the cause of numerous environmental problems. Demonstrators also asserted that the mining operations weren’t doing much to develop the local economy.

Between January and March, as sporadic protests continued, the value of Centerra stock plunged more than 20 percent on the Toronto Stock Exchange. Then, in early April, Kyrgyzstan’s new legislature formed a committee to assess the company’s compliance with the terms of the 2009 agreement.

Some local observers are raising a warning about the danger of corruption. "Under the facade of promoting state interests, some people who happen to occupy key government positions are practically seeking to take over profits from the gold mining industry,” said Sheradil Baktygulov, a political analyst with Bishkek’s Guide Consulting research group.

Riding the perceived public discontent, the new chairman of the parliamentary working group, Raikan Tologonov, stoked public outrage by announcing that he suspects the exiled Maxim Bakiyev – the hated son of the ousted president -- is a Centerra shareholder. Since he made that statement, protesters are again threatening to block the remote road to Kumtor.

Tologonov makes no secrets about his wishes for Kumtor. He has publicly balked at suggestions Kyrgyzstan should take action to attract new foreign investors, arguing that all of Kumtor’s profits should stay in Kyrgyzstan.

Responding to a EurasiaNet.org query about the Kumtor situation, John W. Pearson, Centerra’s vice president for investor relations, wrote in an email: “Centerra Gold Inc. has a valid agreement in place with the Kyrgyz government. … It is a legally binding agreement and we are operating the Kumtor mine under the terms of that agreement.”

In early January, the company distributed a statement listing its contributions to the Kyrgyz economy, including payment of over $110 million in “taxes and other mandatory payments” in 2010. Last August, in an apparent attempt to improve its image within Kyrgyzstan, Centerra added two respected Kyrgyz representatives -- former prime minister Amangeldy Muraliyev and a member of the Extractive Industries Transparency Initiative (EITI), Karybek Ibraev -- to its board of directors.

Most large entities in Kyrgyzstan with foreign investors are experiencing travails similar to those faced by Centerra, according to Nuripa Mukanova, the general secretary of the Bishkek-based Anti-Corruption Council. "This is simply a redistribution of spheres of control and influence. There are few profitable companies [in Kyrgyzstan] that pay taxes and fulfill other obligations, and whoever has power wants to have a piece of the pie," Mukanova told EurasiaNet.org

Some officials, such as Ravshan Jeenbekov, a deputy from the opposition Ata-Meken Party, say the Kumtor controversy is undercutting the government’s efforts to stabilize the economy. Even if Bishkek somehow gains full control of Kumtor, Kyrgyz specialists say, the country lacks the technical expertise and equipment to work the high-altitude mine. “We understand that without investment we will not be able to survive,” Jeenbekov told EurasiaNet.org. Since production began in 1997, Kumtor has produced between 300,000 and 750,000 ounces of gold annually, according to Centerra.

Prime Minister Almazbek Atambayev has waffled on Kumtor’s fate. “Our politicians are scaring off investors,” he told an April cabinet meeting. Yet he has also pushed for more control over the company’s operations, such as a role in Centerra’s operations in Mongolia. Insiders say that matter is a non-starter.