The judge criticized what he described as a fraudulent case concocted by the security services. 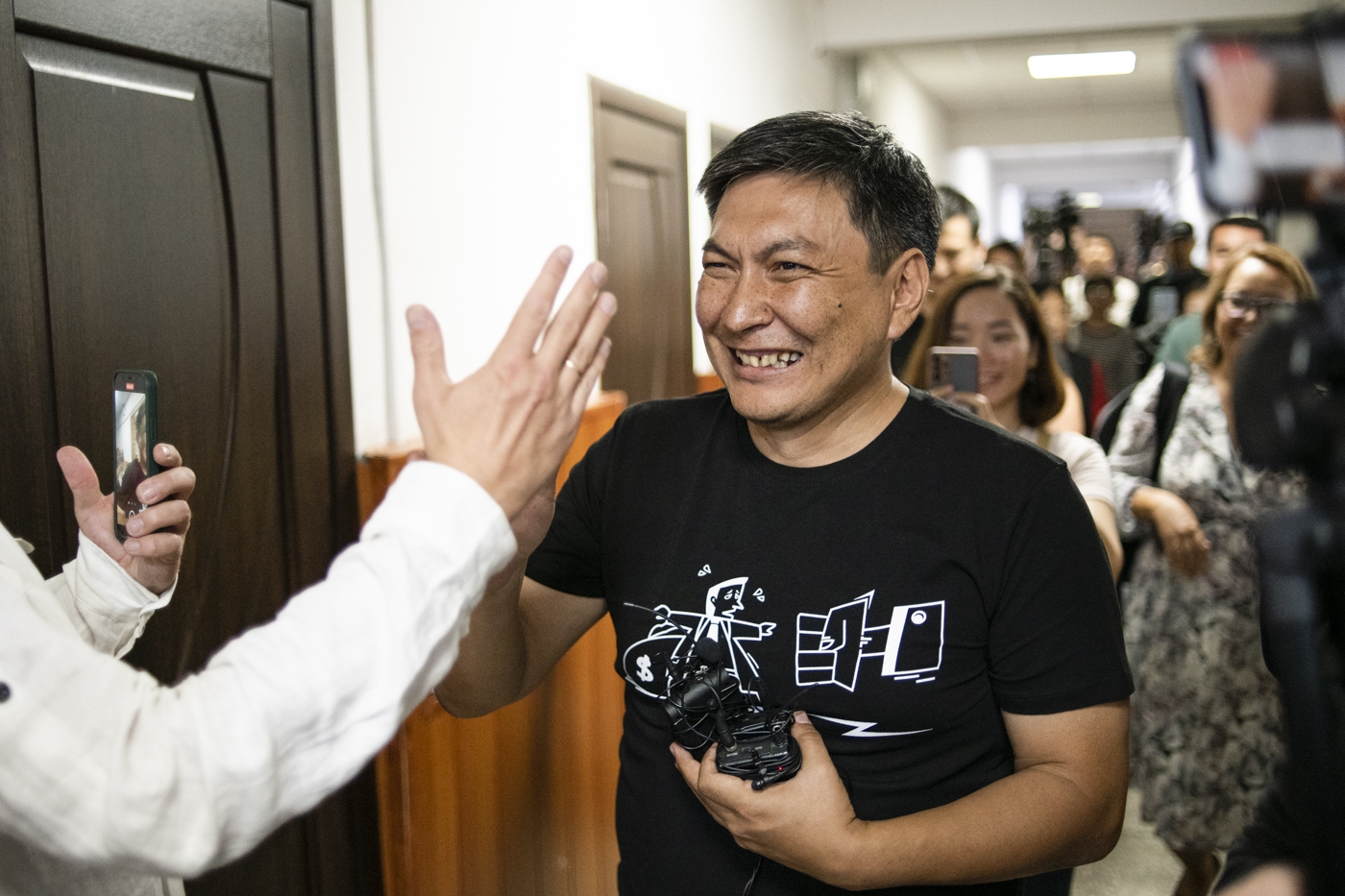 Bolot Temirov after the ruling on September 28. (Photo: Danil Usmanov)

A court in Kyrgyzstan has cleared a prominent investigative journalist of drug possession charges in a rare instance of a likely politically motivated trial ending in absolution.

Judge Akylbek Adimov, who presided over the trial in Bishkek’s Sverdlovsk district court, on September 28 also found Bolot Temirov not guilty on a count of illegally crossing the border. Although Temirov was ruled to have forged documents in order to purportedly obtain Kyrgyz identification papers, he was allowed to leave the court as a free man since the statute of limitations on that charge had expired.

In another surprising turn of events, Adimov described the case against Temirov as having been fraudulently concocted by officers with State Committee for National Security, or GKNB.

Temirov was jubilant at the ruling, although he admitted he had been nervous.

“I didn’t expect this ruling,” he said. “Thanks to the support of the people, the trial was carried out fairly.”

The trial did indeed unfold under particularly intense scrutiny from civil society. On the day of the verdict being delivered, around 70 people packed into the courtroom. Half of them were forced to stand for lack of seats. Temirov was accompanied by the sound of joyous cheers and chants as he left the building.

The U.S. Embassy in Bishkek tweeted to commend the court.

“We welcome the conclusion of court proceedings against Bolot Temirov,” the Embassy stated via its Twitter account. “Journalists should never be punished for doing their job. A free press is vital to democracy. Independent journalists like Temirov should be protected and allowed to work without fear of retaliation.”

Temirov was detained in a dramatic raid on his office by armed special forces officers on January 22. The journalist said at the time that the drugs that had allegedly been found were planted by the arresting officers.

“They set me up. They planted [the drugs],” he told reporters as he was led away for arrest.

The arrest happened two days after the journalist’s YouTube channel, Temirov Live, published a video report alleging favoritism in the granting of fuel contracts that saw the son of the head of the GKNB, Kamchybek Tashiyev, securing a government contract without needing to bid for a tender.

Tashiyev denied that any criminal charges were connected with the claims made by Temirov and colleagues that his son and other relatives of his have been benefitting financially from their access to powerful people in government.