At least 20 people will be in detention until late December pending investigations into claims of plotting a government overthrow. 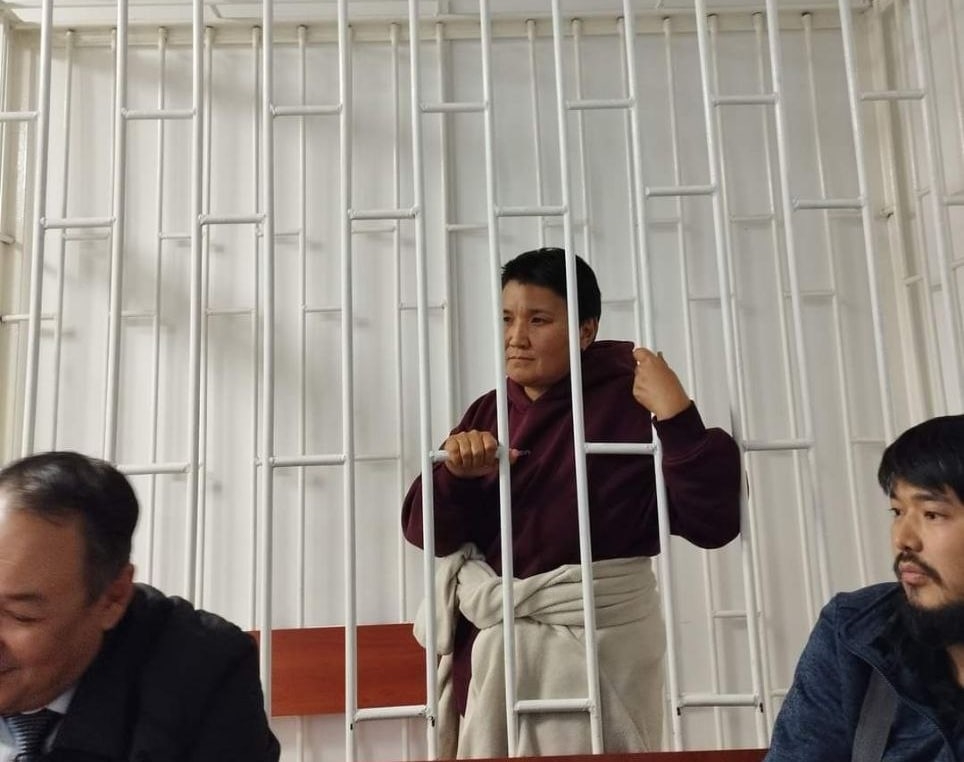 A court in Kyrgyzstan worked through the night into October 25 to jail as many activists and politicians as possible in a crackdown that has stirred panic that the country is rapidly sliding into hardline authoritarianism.

By dawn, judges at Pervomaisky court had ordered at least 20 people to be placed in pre-trial detention facilities until late December pending efforts by investigators to piece together charges that the disparate group were collectively plotting to incite riots with a view to seizing power.

One jailed activist, Talant Eshaliyev, was taken to the courthouse by ambulance at five in the morning. Human rights activist Aziza Abdirasulova said Eshaliyev had been taken to the hearing directly from a cardiology ward. After it became evident Eshaliyev was seriously ailing, he was permitted by the court to return to hospital and was later ordered to remain under house arrest.

The mass sweep by law enforcement organs began over the weekend. The authorities claim to have evidence that the suspects they have detained were seeking to use the pretext of public discontent over a border demarcation agreement with Uzbekistan now undergoing ratification in parliament to whip up broad unrest.

The targets of the home searches and arrests were all reportedly members of a newly created public initiative group dubbed the Committee for the Protection of Kempir-Abad, so named after a reservoir that government critics say is going to be handed over to Uzbekistan.

One of the arrested activists, Chyngyz Kaparov, said he accepted an invitation to attend a committee meeting to discuss the best strategy for halting the handover of Kempir-Abad.

"There was no talk about any preparations for the seizure of power. I just listened, and on Sunday they came to conduct a search and detained me," Kaparov said during his court hearing, adding that this week’s wave of arrests was tantamount to Stalinist-style repression.

“Nothing good can be expected from this government. Once I supported them, but now I regret it,” Kaparov said.

The arrests have appalled rights groups and those lawmakers who are still prepared to criticize the government. Dastan Bekeshev, an opposition MP, said that it was evident to him that the courts were acting at the behest of the executive.

“I am very worried about what now awaits our country,” he said in an audio message on his Telegram account.

Human Rights Watch was among the groups calling on October 25 for the release of detainees.

“Kyrgyz authorities should release the detainees and ensure that their rights, including due process rights, are strictly observed in any investigations going forward,” HRW said in a statement.

The claims of investigators appear so far to lean heavily on a recording that circulated online on October 23 in which people said to be members of the Committee for the Protection of Kempir-Abad are heard discussing the need to mount “full-scale demonstrations.”

HRW noted that the wiretapped montage “had apparently been constructed to seem like some detainees called for a government overthrow.”

If the security apparatus has acted with such haste, it is likely because it is acting on the implicit orders of President Sadyr Japarov.

Speaking to state-owned news agency Kabar in an interview published on October 22, Japarov dismissed suggestions that Kyrgyzstan was readying itself to give away land.

“We are not giving away Kempir-Abad,” he said. “On the contrary, we are getting it back. Since the 1960s, they [Uzbekistan] have controlled the dam. Now we have decided to create a 50-50 joint venture and we will manage the dam together.”

Turning his attention to opponents of this deal, meanwhile, he described the detractors as “provocateurs” and seemed to warn that action was going to be taken against them.

“Their aim is to create conflict and cause an uprising in the country. We will not permit that,” said Japarov, who himself came to power in October 2020 as a direct consequence of street unrest.

In a follow-up interview taken after the wave of detentions, Japarov purported, in contrast with earlier assertions, that he could not get involved in any measures being adopted against government opponents.

“As far as the fate of the detainees goes, I cannot get involved. There are law enforcement bodies. Their main responsibility is to ensure the security of the people and the state,” he said. “The final word will be with the courts. Only after that, if [the detainees] appeal to me, I will have the right to grant them an amnesty. That is the legal way.”