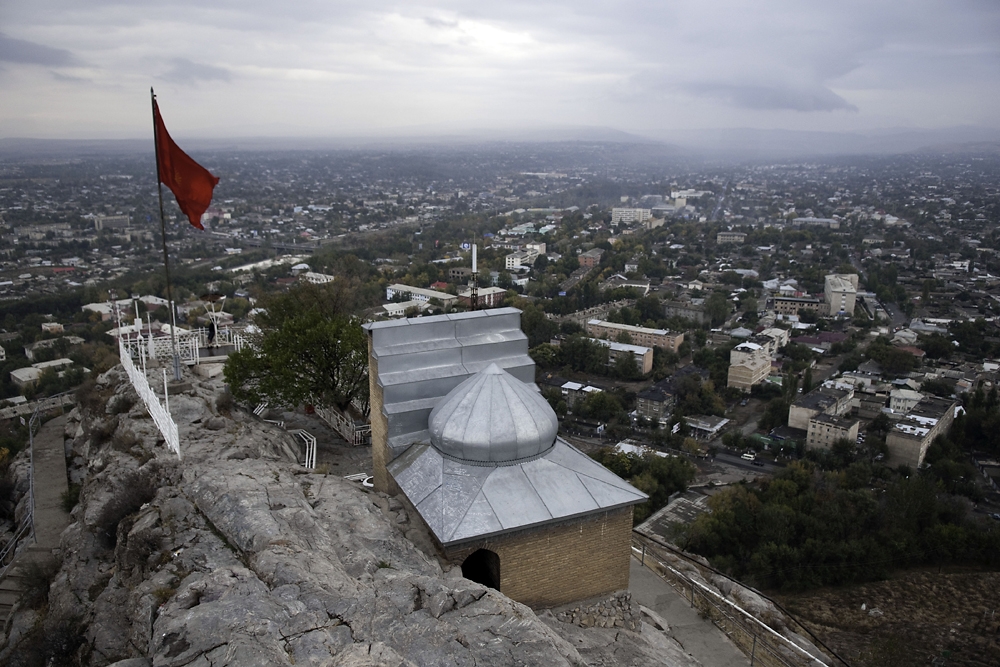 Civil society activists in Kyrgyzstan are warily eyeing a criminal case initiated by the state security service against a local non-governmental organization in the southern capital Osh. The probe is fanning concern in the non-governmental sector that authorities are gearing up for a renewed push to pass a “foreign agents” law.

The local NGO at the center of the case is the Advocacy Center for Human Rights, which, in conjunction with the US-based watchdog organization Freedom House, was carrying out a pilot research project concerning the civil rights of ethnic minorities in two regions of southern Kyrgyzstan – Batken and Jalal-Abad. Minority rights have been a hot-button issue in southern Kyrgyzstan since 2010, when interethnic rioting left hundreds dead, and resulted in widespread property damage in and around Osh.

The GKNB, the Kyrgyz state security service, outlined its case against the Advocacy Center in a criminal complaint dated September 26. The document states that the security service, acting in its capacity “to prevent intelligence and subversive activities by foreign special services and organizations,” found that the opinion survey distributed by the Advocacy Center posed a threat to national security. Specifically, the complaint asserted that the research project “could again ignite interethnic conflict” in southern Kyrgyzstan.

To support its assertion, the GKNB complaint cited Academy of Sciences’ experts who reviewed the opinion survey and determined that several questions, in a “hidden and indirectly expressed manner,” could potentially stoke interethnic “enmity.”

In a statement issued in early November, Freedom House characterized the complaint’s allegations as without merit. “We completely reject the implicit claim that Freedom House and our partners’ work could lead to the incitement of interethnic discord,” the statement said. “The facts support our position.”

The Osh City Court on November 3 rejected a motion to drop the criminal investigation brought by Freedom House, even though the court “acknowledged multiple violations” connected with the filing of the case against the Advocacy Center, the statement said. Freedom House indicated that it will continue to work to have the case dismissed.

The wording of the September 26 criminal complaint, along with subsequent actions and statements made by security officials and prosecutors, has placed rights activists in Kyrgyzstan on alert. Some draw parallels in the Kyrgyz case to actions in Azerbaijan and Russia, two authoritarian-minded states that have carried out comprehensive clampdowns on independent non-governmental organizations and media outlets in recent years.

The criminal probe comes at a pivotal time for Kyrgyzstan, which is widely expected to join a Russia-dominated economic union in the near future. Kyrgyzstan has also taken steps to mimic Russia’s social and political agenda in recent months, including a move to adopt legislation that would drastically curtail LGBT rights.

In addition, the Kyrgyz parliament has mulled a measure similar to the so-called “foreign agents” law introduced in Russia in late 2012. Under the Russian legislation, any non-governmental organization receiving foreign funding is required to register as a foreign agent, a term widely associated in Russia with spying. A “foreign agents” bill was introduced in the Kyrgyz parliament in September 2013, but amid a strong public outcry from activists and Western officials, MPs did not take action on the measure. However, the bill has not been formally withdrawn.

Justin Burke is the Managing Editor of EurasiaNet.