The authorities evidently fear this localized discontent could escalate into something more serious. 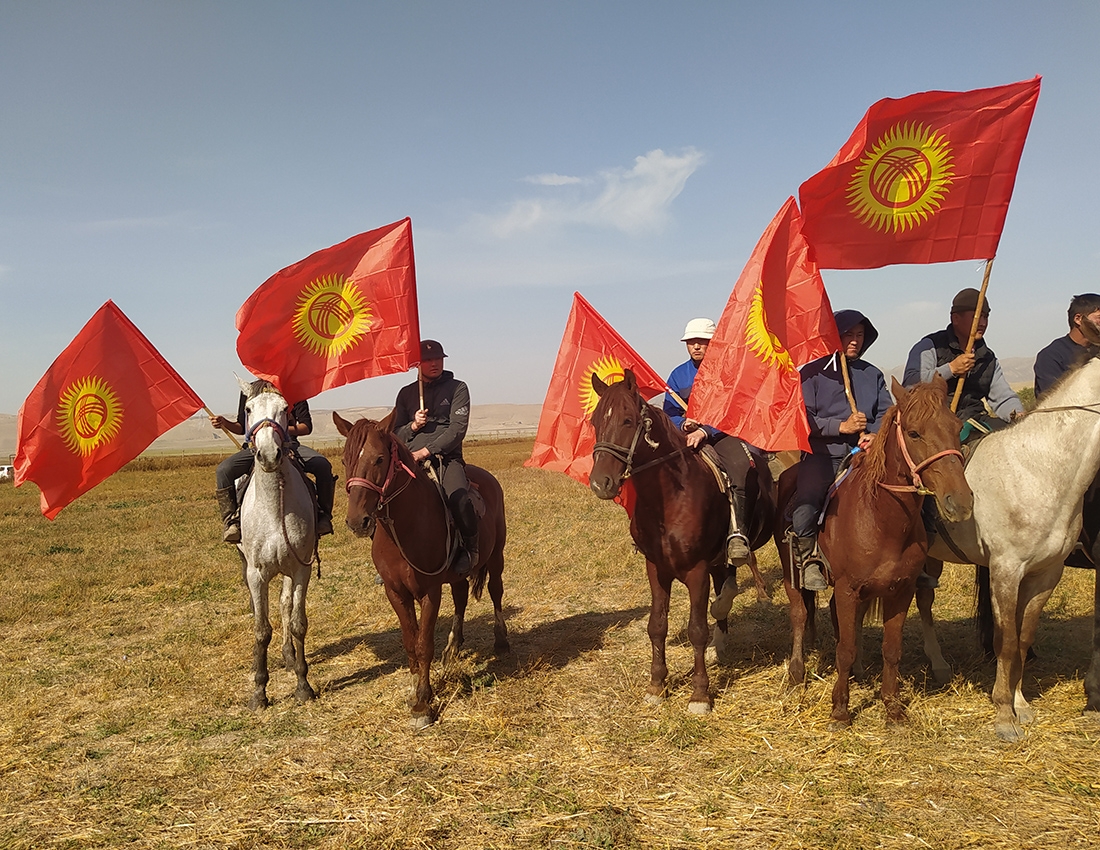 Plans by Kyrgyzstan’s government to hand ownership of a major water reservoir to neighboring Uzbekistan as part of a border demarcation settlement have sparked some life into political opposition forces.

On October 15, politicians, activists, and former officials addressed a crowd of hundreds near the Uzgen district village of Kyzyl-Oktyabr, which lies by the shores of the Kempir-Abad reservoir.

The rally, held in the format of the traditional kurultai popular assembly, closed with a collective resolution to demand that the reservoir be retained as Kyrgyz property. Demonstrators also demanded that the border agreement protocol now being ratified secretively in parliament be made available to the public for scrutiny. The resolution further called for an end to alleged political persecution. 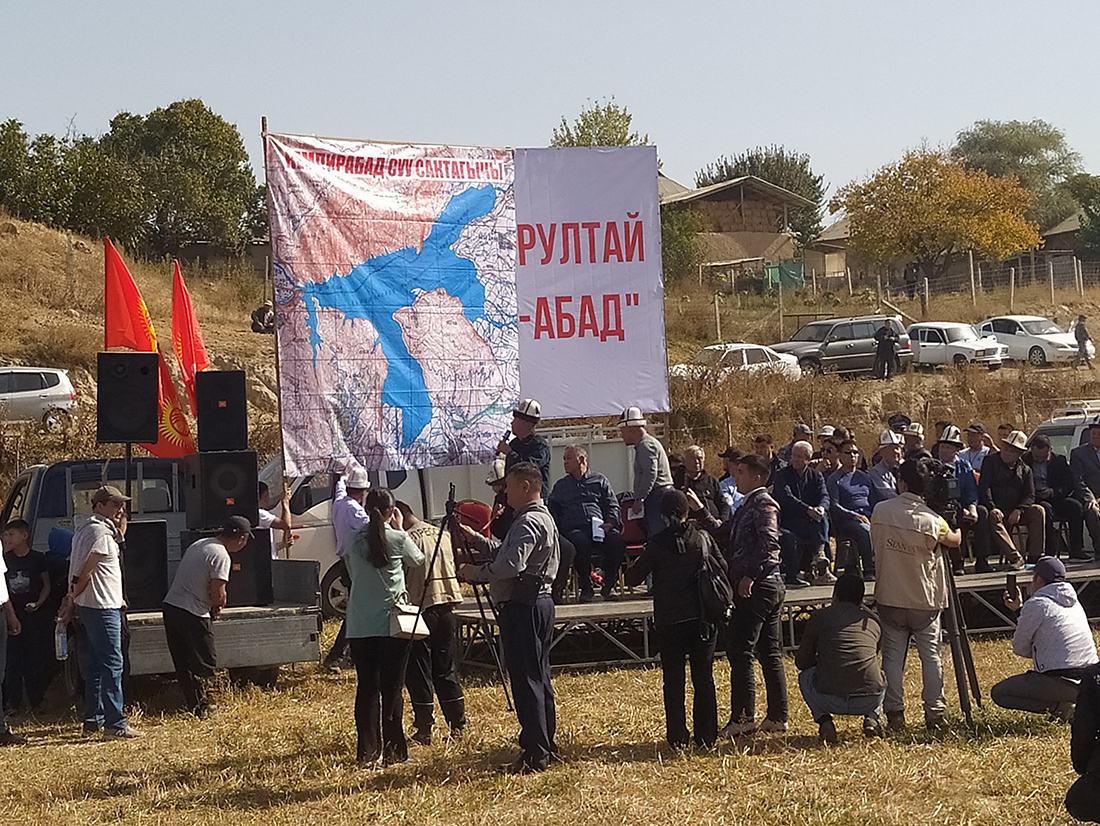 President Sadyr Japarov and his allies have firmly rejected criticism over how they have handled border negotiations with Uzbekistan, saying that the deal they have reached stands to benefit Kyrgyzstan.

The head of the security services, Kamchybek Tashiyev, who has led the demarcation agreement process on the Kyrgyz side, told lawmakers last week that while Uzbekistan will receive ownership of the Kempir-Abad reservoir, which covers around 45 square kilometers, Kyrgyzstan will come into receipt of around 200 square kilometers. Officials have said that Kyrgyz farmers will also still have access to water reserves at Kempir-Abad.

The government’s position was again restated at the kurultai by the president’s plenipotentiary for the Osh region, Ziyadin Jamaldinov. He attempted to persuade the crowd of the futility of resisting the border accord, but was quickly shouted down.

“Our government has been working on solving border issues for the past two years, including the 1,450 kilometers of border we have with Uzbekistan. There are delegates from all over the country here,” Jamaldinov said. “But it is a shame you didn’t get involved earlier, when it wasn’t only the reservoir that was under discussion. Now that we have finally started agreeing specifics on the border with our neighbor, you bring up this issue with Kempir-Abad, and this is really surprising me…”

At that point Jamaldinov was interrupted with a volley of shouts and whistles.

The political contingent at the kurultai was represented by members of the self-styled United Democratic Movement, or UDM. That coalition issued a statement on Kempir-Abad on October 11 in which it accused the government of using “manipulation” and violating the constitution by pressuring lawmakers into agreeing to the protocol.

When an international affairs and defense committee in the Jogorku Kenesh, the legislature, convened to approve the deal on October 10, it was behind closed doors. Only 10 of the committee’s 15 members attended the hearings. In contravention of the rules, lawmakers only got to see a section – not all – of the text of the bilateral protocol on the day of their vote, not three days in advance, as is required by law.

Some speakers at the rally advanced historic recriminations, insisting that Uzbekistan needed to compensate Kyrgyzstan for land it had lost over the years. One such person was Akylbek Aitbayev, a former deputy emergency situations minister, who pulled up a map and pointed out locations now under the reservoir’s waters. Uzbekistan should abide by commitments to provide compensation for those lands, he said.

“But Uzbekistan has not lived up to its promises. According to a deal [from 1965], they should have built a 150-kilometer canal from which we would be given 227 million cubic meters of water for irrigation [per year],” Aitbayev said.

Aitbayev’s remarks provoked yells of indignation. Horsemen in the crowd waved the red flags of Kyrgyzstan.

Local activist Abdylda Avazov expressed his objection to how Tashiyev’s agency, the State Committee for National Security, or GKNB, has taken charge of border negotiations. That job lies with the Foreign Ministry, he said.

“Instead of strengthening our borders, he is busy giving them away,” he said, referring to Tashiyev. “He reaches agreements on whatever he wants, he gives away whatever he wants. He behaves like this is all his own personal property. All the while, he is trying to kid people into believing Kyrgyzstan has won.” 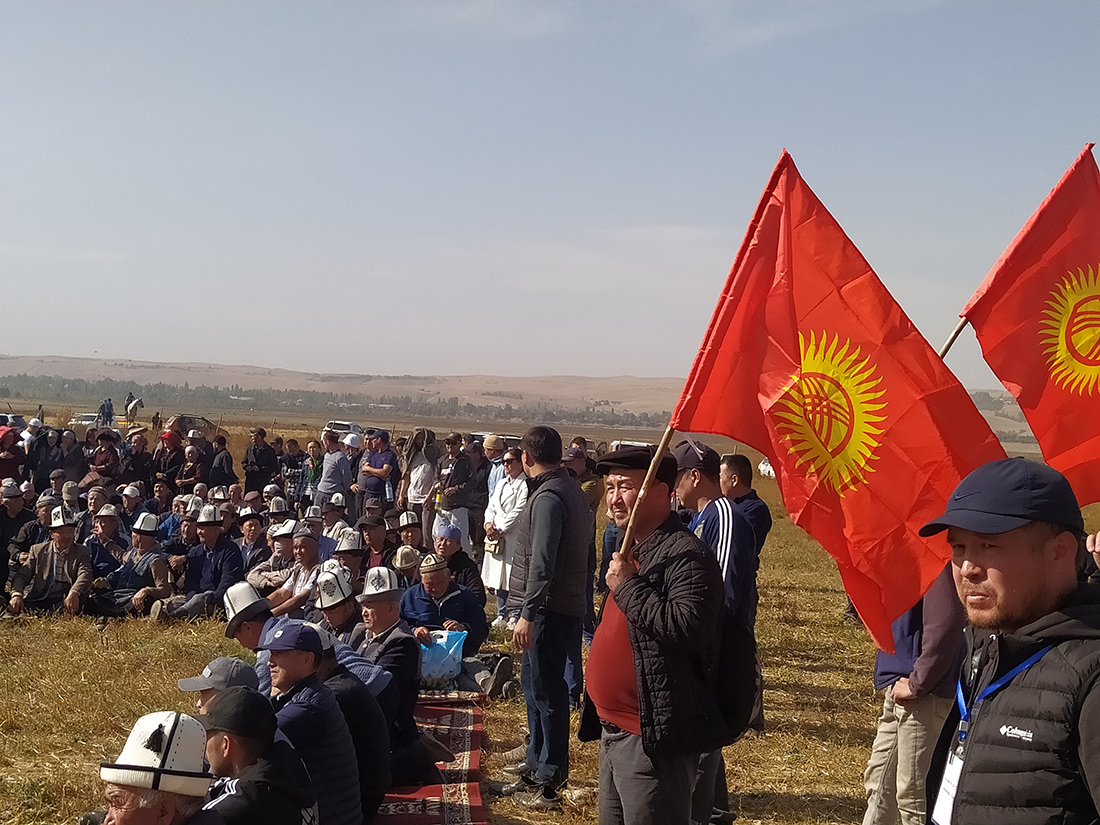 The authorities are evidently apprehensive about the prospect of this localized discontent escalating into something more serious. Kyrgyz media reported on October 18 that two residents of the Uzgen district had been detained by police for inciting people to block a highway linking the country’s two main cities, Bishkek and Osh, in a gesture of protest.

Another emotion-laden speech was delivered at Kyzyl-Oktyabr by lawmaker Adakhan Madumarov, a native of the Uzgen district.

“According to all available documents, the Kempir-Abad reservoir belongs to Kyrgyzstan, and this cannot be disputed,” he said. “But that is another matter. What outrages me is that this matter is being decided behind closed doors. They are afraid of the truth. To show my discontent I said during a session of parliament that they should shoot me, burn my body and cast my ashes over Kempir-Abad.”

Madumarov has latterly positioned himself as an acutely vitriolic critic of the current government. During a rowdy session of parliament in June, he got embroiled in an especially heated argument with Tashiyev, the security services chief, who had come to the chamber to brief lawmakers on efforts to combat smuggling. At one stage, Tashiyev threatened to break Madumarov’s arm.

Tashiyev’s justification for trying to push the Kempir-Abad deal through parliament without putting details of the agreement in the public domain is that parts of the text could be taken out of context and, as he has argued, be used to incite public commotion.

“It is so that somebody doesn’t go and cut out the bits they need from the draft agreement and protocols that we are signing with Uzbekistan and then give the people incorrect information to whip them up against [the deal],” he told lawmakers last week.

But at the Kyzyl-Oktyabr rally, civic activist Kanyshay Mamyrkulova said the decision on such an important matter could not be left to the president’s office or only partially debriefed lawmakers.

“[Deputies] have not seen the agreement and voted with their eyes closed, which is a violation of regulations and all legal norms and procedures,” Mamyrkulova said, referring to the October 10 parliamentary committee hearing. “No one has the right to give away Kyrgyz land, be it the president or lawmakers.”