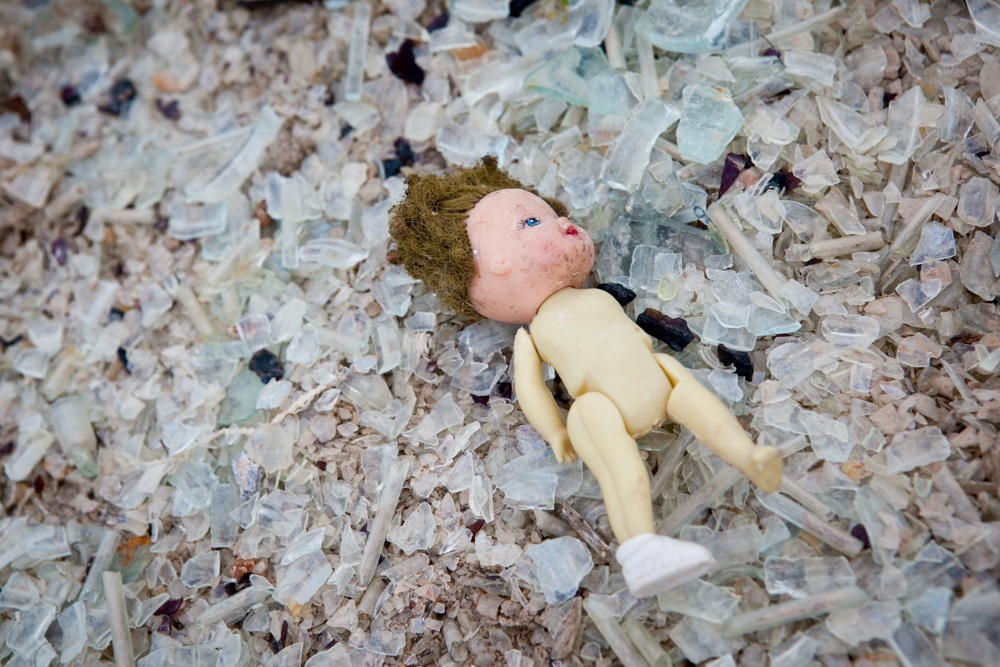 While Kyrgyzstanis debate reintroducing the death penalty for child sexual abuse, rights activists say Kyrgyzstan’s corrupt and unaccountable courts should not be trusted on matters of life and death. (Photo: David Trilling)

The rape of a two-year-old Bishkek boy earlier in January is fueling a nationwide debate: should Kyrgyzstan reintroduce capital punishment for such heinous crimes? While passions rage in parliament and the media, rights activists say Kyrgyzstan’s corrupt and unaccountable courts should not be trusted on matters of life and death.

In response to heated public discussions, where some have called for vigilante groups to hunt down and kill alleged sexual predators, on January 27 Prime Minister Djoomart Otorbaev recommended displaying large portraits of rapists in public squares, the state-run Kabar news agency quoted him as saying. He also said he supports reintroducing the death penalty for anyone convicted of sexually assaulting a child.

In a country where years of corruption and misrule mean the public today has little trust in its officials, it is perhaps not surprising that some are turning to vigilantism. On January 8, in the village of Sokoluk, just outside the capital, locals beat to death a 43-year-old man they accused of raping a local man.

Two years ago, a teacher in Osh, Kyrgyzstan’s second city, admitted to raping a nine-year-old boy. But the teacher managed to convince the judge that he is insane, according to the boy’s family’s lawyer, Khusanbai Saliev. “The case has been suspended until his compulsory medical treatment is over,” Saliev told EurasiaNet.org.

Both the lawyer and the mother believe the rapist bought phony medical documents in order to feign insanity to escape punishment.

Wiping away tears, the mother says her son’s attacker should be executed. “I found out that my son was raped when he couldn’t defecate. When I asked him what was wrong he said one of his teachers ‘put his thing into me from behind,’” the boy’s mother told EurasiaNet.org. “Shocked by what the man did to my son, I wanted to kill him. … They [rapists] don’t have the right to live.”

Her lawyer, pointing to this case as an example of the courts’ unreliability, argues against capital punishment. “Innocent people could be sentenced to death due to a miscarriage of justice,” said Saliev.

There are no reliable statistics on sexual assault and child abuse in Kyrgyzstan, yet increased media attention on the once-taboo topic is fueling an impression that the number of assault cases is growing, says Nazgul Turdubekova, the head of the League of Children’s Rights Defenders, an NGO in Bishkek. She added that Kyrgyzstan’s judges are unreliable and prone to let bribery determine verdicts and rulings. And mistakes happen, too.

With an election coming this fall, Kyrgyzstan’s MPs are keen to be seen as responsive to public concerns. On January 22, Irgal Kadyralieva – who is mostly known for pushing legislation that would ban girls under age 23 from traveling abroad, allegedly to “preserve the gene pool” – demanded parliament reinstate the death penalty.

Over the ensuing week, the local AKIpress news agency conducted an online survey. Of 4,702 respondents polled, 67.4 percent favored reintroducing the death penalty for “abuse and violence against children.” Another 16.2 percent supported “castration;” and 14.2 percent believed life imprisonment was a just punishment.

Kyrgyzstan carried out at least six executions between 1992 and 1998, when a ban on capital punishment took effect. Two of the death-penalty cases involved child sexual abuse. Under law, the current maximum sentence for such crimes ranges from 15 years to life in prison.

Retired police colonel Alexander Zelichenko, who consults widely on legal issues, argued that a return of the death penalty would not deter such crimes. He said the number of cases is not growing; rather they are no longer hushed up.

He said other societal ills that serve as triggers for child sexual abuse, such as alcoholism, need to be addressed. “Drunk people rape their stepdaughters and daughters,” Zelichenko said. “Such things happen due to social degradation.”

Zelichenko added that, given all the tumult during Kyrgyzstan’s 23 years of independence, there is little public faith in the rule of law. Too many people are seen to be above the law, he argued. “Any offender must know that he or she will be found and punished. It is not necessary to chop off his arms or legs or castrate him like many people suggest,” he told EurasiaNet.org. “It is necessary to ensure that the rule of law applies to everybody.”

Turdubekova of the League of Children’s Rights Defenders sees Kyrgyzstan’s widespread poverty as a factor in the debate. “Due to their poverty, a large number of people leave the country to seek work. They leave their children unattended or to be cared for by neighbors, friends and relatives,” Turdubekova told EurasiaNet.org, adding that children not living under parental supervision face a higher risk of experiencing violence.