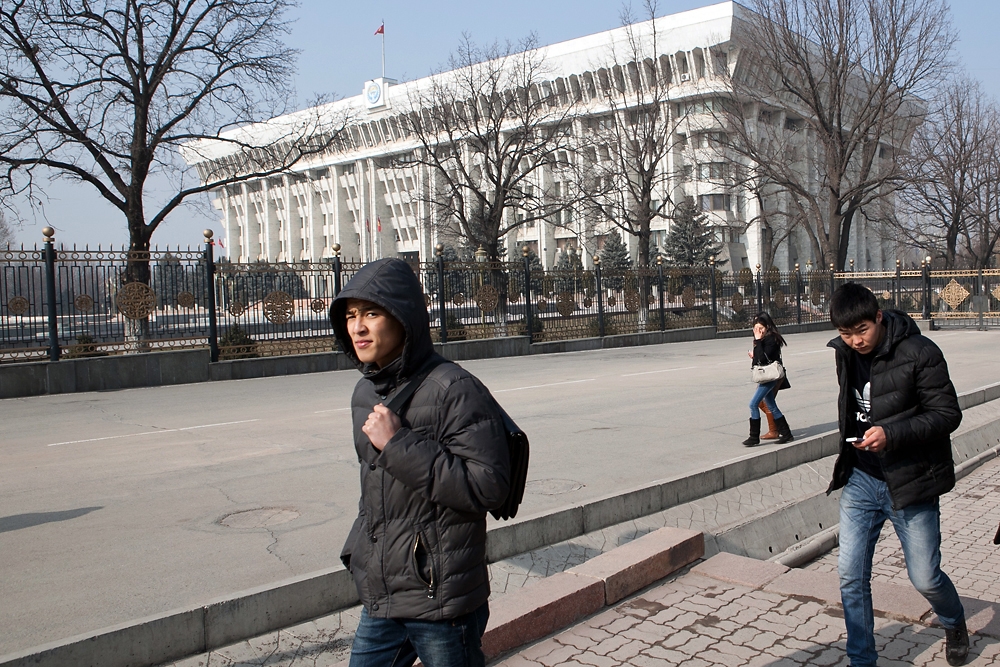 In 2010, Kyrgyzstan tried to promote good governance and reduce corruption by attaching public watchdogs to major ministries and state agencies. Almost three years later, the watchdogs are still functioning, but many express frustration about bureaucratic resistance that hinders their ability to do their jobs.

Observers lauded the September 2010 decree forming Public Advisory Councils (PACs) as a means of giving democratization a boost in Kyrgyzstan, where a violent uprising in April of that same year ousted an authoritarian-minded president and initiated an experiment in a parliamentary system of government.

Earlier this year, parliament passed a law cementing the PACs’ status. The legislation is now awaiting President Almazbek Atambayev’s signature. But members of the voluntary, unpaid collectives complain that their perennial struggle for acceptance among government officials – regularly rated by transparency indices as among the most corrupt in the world – has kept them from fulfilling their mandate.

Because the councils are free to devise their own work plans – a coordinating body exists but does not control their work – some have yielded better results than others. The PAC overseeing the State Penitentiary Service (GSIN), for example, successfully campaigned for separate cells for female prisoners who were either pregnant or had just given birth. Elsewhere, the Finance Ministry PAC has been instrumental in creating okmot.kg, an online portal where citizens can find information about state tenders and the budget.

“I think we have made steps in terms of transparency,” said Azamat Akeleev, chair of the Finance Ministry PAC. “But there are things that are harder to influence – internal processes, staffing, distribution of the budget, budget policy.”

A number of the watchdogs complain their hands are tied. Jomart Jumabekov, a member of the Ministry of Agriculture’s PAC and the head of a non-profit farming consultancy, echoes a common complaint about access: “The minister thinks he is a god, and has no interest in our council. The [ministry’s] secretary always falls ill whenever we have our meetings. They ignore us,” Jumabekov told EurasiaNet.org.

Galina Davletbaeva, who sits on the PAC of the State Fund for Material Reserves, endured a similar experience before appealing to former president Roza Otunbayeva,  who oversaw the creation of the PACs in 2010. “To begin with, they told us all their documents were secret. […] I told Roza: ‘Our PAC has nothing to report. We have just been warring [with the State Fund] for the last year-and-a-half.’” After the public dressing down, the leadership of the Fund, which controls Kyrgyzstan’s reserves of foodstuffs and other staples, “began to behave totally differently,” and even provided the council with a room in their building, Davletbaeva said.

Exacerbating their challenges, the watchdogs have not always found easy allies among lawmakers. Although parliament passed a law confirming their status on June 20, several lawmakers spoke out against PACs at a session the day before. “We don’t need these PACs, because we, the MPs, should be overseeing the work of the ministries,” thundered nationalist lawmaker Jyldyz Joldosheva in comments picked up by the Vechernii Bishkek newspaper. MP Ismail Isakov, a lieutenant general, said the PACs had “turned the government into a kindergarten” and was especially critical of PACs working on the security structures. He contended that PACs potentially can muddle the chain of command.

Perhaps inevitably, members of the PACs overseeing economically strategic departments such as the Ministry of Energy and the State Agency for Geology and Mineral Resources have been criticized for conflicts of interest; some have faced corruption allegations. Davletbaeva, of the PAC on the State Fund for Material Reserves, says conflicts of interest must be balanced against the need for sector specialists to sit on these boards.

If the watchdog experiment is going to last, it will need stronger support within state structures, members say. The PAC for the Transport Ministry, particularly active in 2011 when it identified a series of tender and labor code violations, was disbanded that December at the request of the ministry. It reemerged in May 2012, but has been quieter since.

The Ministry of Agriculture’s PAC, where Jumabekov works, also hit a wall last year. “We identified [$150,000] that had been written off [by the ministry] for a crop-spraying operation, and demanded they return it to the state budget,” Jumabekov said. “We sent a complaint to the Prosecutors Office, but nothing happened.”

Such incidents have left council members feeling the initiative has lost steam. Timur Shaikhutdinov, who sits on the Interior Ministry oversight board, calls the PAC idea an “ill-fated project.” “It hurts to talk about the PACs. It was a beautiful idea, but it hasn’t worked out,” Shaikhutdinov told EurasiaNet.org.