Around 300 people attended the peaceful rally. 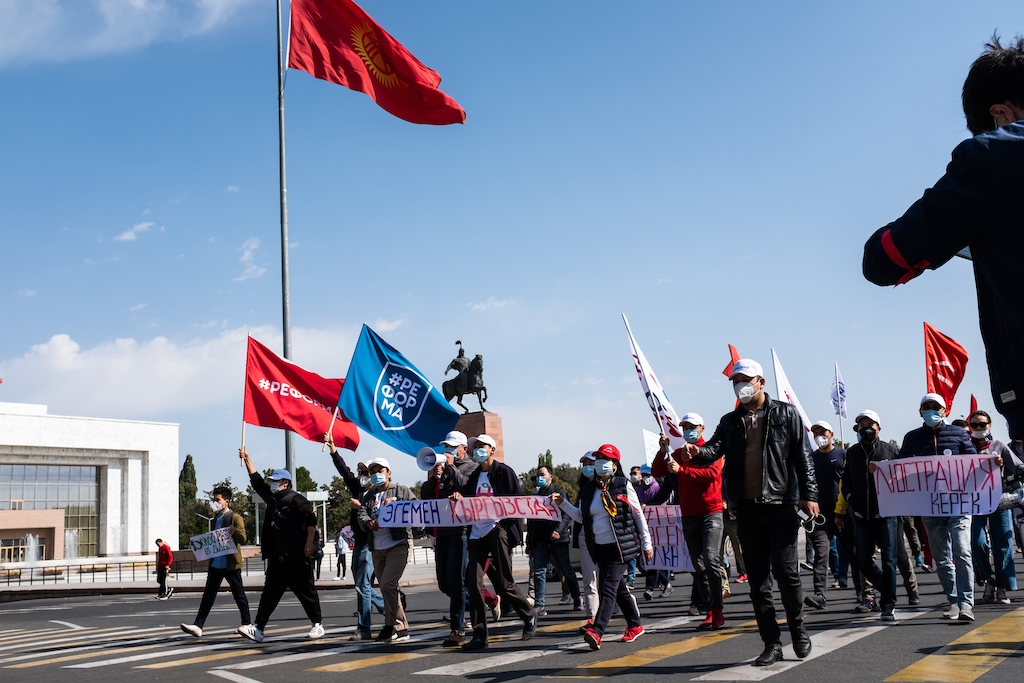 A group of mostly minor political parties has held a rally in Kyrgyzstan’s capital in protest at recently surfaced remarks by a leading pro-government politician who appeared to express regret at the country gaining independence in 1991.

Speakers took turns at the September 27 meeting on Bishkek’s Ala-Too square alternately condemning Marat Amankulov and his Birimdik party, which is expected to play a dominant role in the October 4 elections, and proclaiming their desire to defend the country’s sovereignty.

Supporters of more than half a dozen parties, which included Ata-Meken, Bir Bol and Reforma, waved party flags and delivered speeches calling for national unity. Multiple plainclothes police officers mingled among the crowd, which numbered around 300 at the peak of the rally, taking photos of the participants, but the event proceeded almost entirely without incident. After a mild argument broke out among supporters of rival parties, all present agreed to put away their party flags and to wave only the red flag of Kyrgyzstan. 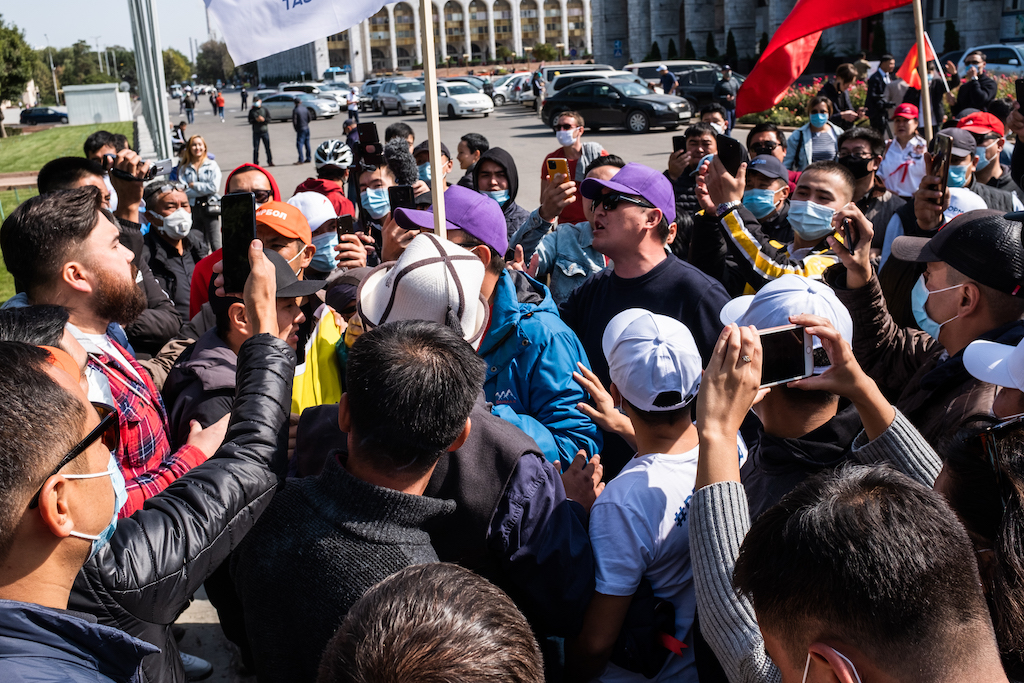 Rally organizers circulated a petition for a statement that described the remarks made by Amankulov as anti-constitutional and an incitement to separatism.

“The positions and ideology of the Birimdik party, as expressed by [its leader] Marat Amankulov, reflect the fact that this party’s activities are serving to undermine the country’s national security,” the petition read.

This controversy has added a small element of intrigue into a campaign season that has primarily focused on brand recognition and hinged on loosely elaborated pledges to improve the economy and social support provisions. Some activists contend, meanwhile, that parties with well-stocked war chests are deploying their resources into buying votes outright.

Birimdik, a newly formed party aligned with President Sooronbai Jeenbekov, is poised to play a key role in whatever governing coalition is formed after the election. The party has made its adherence to Russia-adjacent geopolitical positions a central theme of its sales pitch to voters. Large campaign billboards in the capital, Bishkek, proclaim that “the heart of Eurasia beats in Kyrgyzstan” – a clear allusion to the Eurasian Economic Union, or EAEU, trading bloc being spearheaded by Moscow.

Although that position has been clear, Amankulov seemed to take things a little further in remarks made during a Moscow roundtable understood to have taken place in late February, although his party insists it was last year.

“The ideology of our party is Eurasianism, and that is what we are aspiring toward,” Amankulov is heard to say. “Thirty years of life in independence have shown us that the time has come for us to rethink and return to the fold.”

Amankulov has lashed out at the controversy caused by his remarks, which he said had been taken out of context and were being misrepresented for political ends. 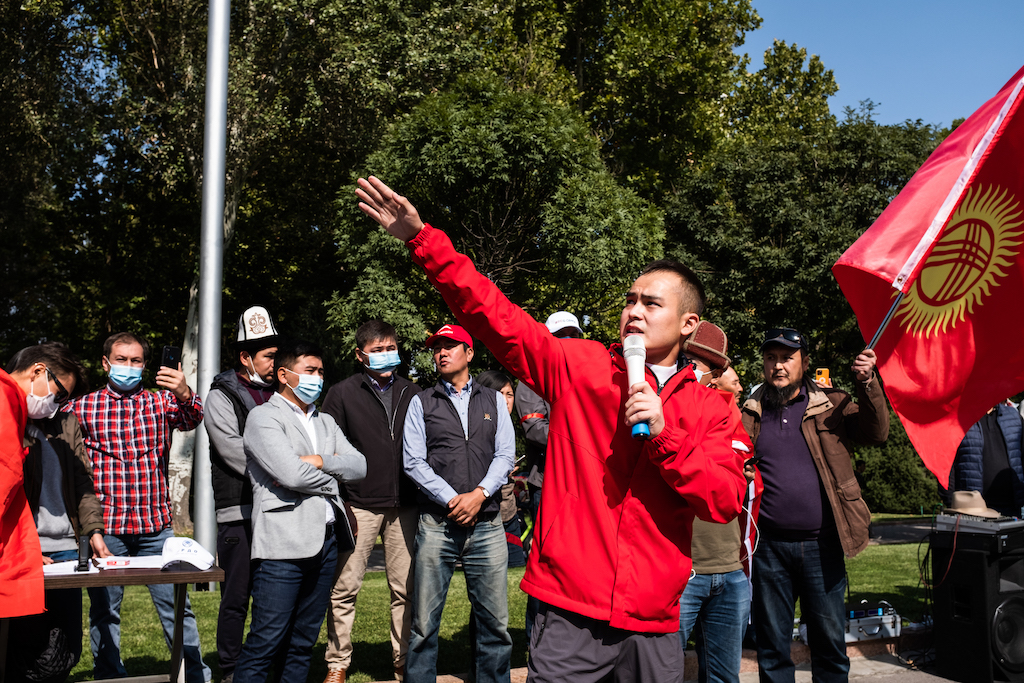 At the meeting, several speakers were at pains to emphasize that they were not adopting an anti-Russian or nationalist position.

“Our meetings have also been interethnic, we are not nationalists,” said Urmat Dzhanybayev, a representative of the Reforma party.

Dzhanybayev said that talk about integrating with supranational blocs was an admission of failure by the elites who have run the country since independence.