Fraudsters preying on rural migrants seem to be operating in a legal vacuum. 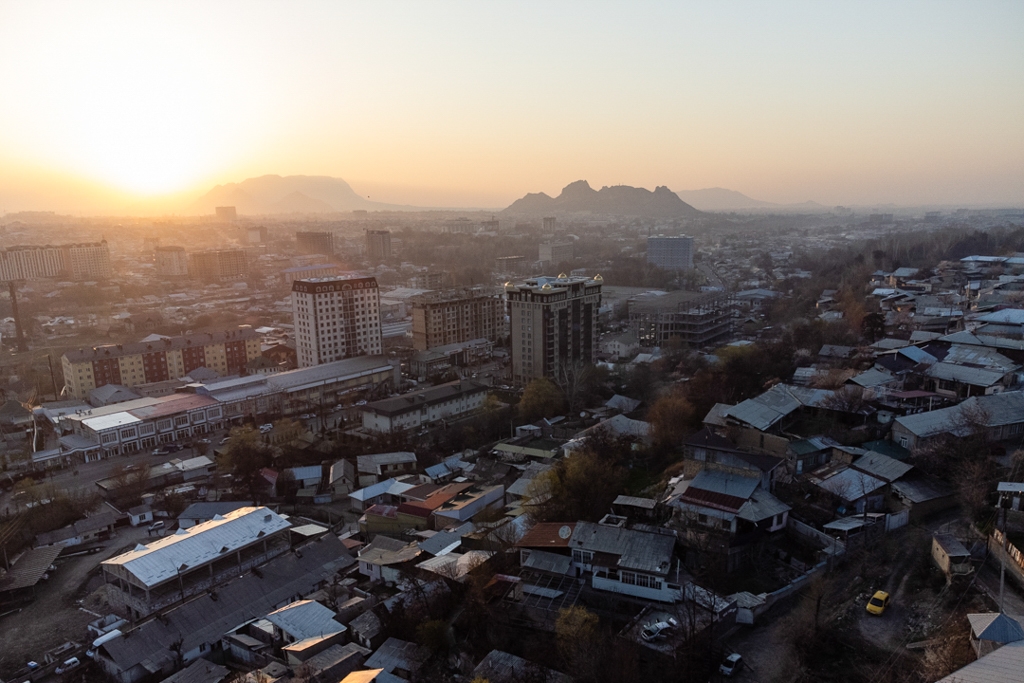 Life in the highlands of Chon-Alai in southern Kyrgyzstan began to weigh on Burabiya Sharabidinova some years ago.

Like many across the most remote rural areas of the country, she began exploring ways of moving to the nearest large city, Osh, whose population is growing rapidly as a result of this internal migration.

“I am tired of constantly having to travel to the capital of the region all the way from Chon-Alai,” she told Eurasianet. “I’m trying to move here [to Osh] so that my children can get a better education.”

But buying property is costly and complicated. So, when self-styled housing cooperatives – and most independent observers agree their use of that term is highly misleading – come touting with tempting offers, the desperate are easily tempted.

Three years ago, Sharabidinova turned to the Osh branch of the First Housing Residential Complex. It has been nothing but misery and frustration ever since.

Sharabidinova paid down 1.2 million som (around $14,000) to the cooperative in the expectation that she would be able to move into an apartment within a year. But then the pandemic came.

That, at least, was the cooperative’s excuse. Turbulence on the currency market had upset all their plans, they argued.

“My patience snapped, so on February 17, I filed a statement with the police about fraud committed by Saida Baigaziyeva, who is the head of the Osh office at the First Housing Residential Complex. The other shareholders found out that she had got an air ticket to Russia, and then she was detained at Osh airport on February 19,” she said.

Sharabidinova said that fellow coop members have paid down sums of between 280,000 som to 1.5 million som.

In an interview with Eurasianet, Berdiyar Ismatillayev, chairman of the First Housing Residential Complex, denied that Baigaziyeva was planning to escape. She was going abroad for medical treatment on her doctor’s advice and had agreed to the trip beforehand with the management, he said.

“Regarding the delay in getting housing, I have repeatedly talked about this and explained to the shareholders that it is due to the pandemic, that the operations of all four of our offices in Kyrgyzstan were suspended for one-and-a-half years, and the activities of the coop only resumed in early 2022,” he said.

Ismatillayev says that out of the 194 nationwide participants in his cooperative, 80 have successfully acquired real estate. The rest of the remaining cases will be dealt with in the order that they joined the cooperative, he insisted.

“Sooner or later, all the shareholders will be able to acquire a house or apartment as they have requested. It’s only a matter of time,” he said.

Ismatillayev said their cooperative has around 131 million som on their accounts with which to operate and that people will start getting their promised property so long as they continue paying their dues.

The concept of cooperatives is familiar and reassuring even to people reared under statist Soviet rule. In the old days, the idea would be for a group of people to get together and collectively pool their resources to build a shared residential complex or even a business.

It is no surprise that latter-day cooperatives have latched onto the brand when offering their services across social media, through Instagram, Facebook, even TikTok. The core pitch of these cooperatives, of which there are several dozen across the country, is that they involve a lower outlay over the long term.

Mortgages offered by banks entail paying interest rates of anywhere up to 27 percent or so. Cooperatives insist that all they charge on top of the value of the property are handling fees, which should amount to maybe 4 or 5 percent over the period of the purchase, depending on the pre-agreed payment schedule.

Things don’t always work out quite so smoothly, however.

Meilikan Nabiyeva, a mother of five, had hoped to move from the Kara-Kulja district to Osh and so she deposited 858,000 som with the S-Line cooperative. She then continued paying monthly installments of 3,100 som.

“A year ago, I joined this cooperative, after the management promised that I could get a house in six months, but my expectations were in vain. Now I am trying to get my money back so that I can at least rent a small house on the outskirts of Osh and bring my children over from the village in the mountains,” she told Eurasianet.

The head of the S-Line cooperative, Bakyt Aliyev, has also been detained and been placed under house arrest pending investigations into claims he had breached the terms of agreement he made with investors. Such breaches could constitute fraud, the homebuyers argue.

S-Line shareholders, however, are torn about whether they want to see Aliyev have his freedom restricted. Some want to see him out and free so that he can work on keeping his promises, while others feel he should be prosecuted. Eurasianet was unable to reach Aliyev for his own account of events.

“We have had reports filed by 29 victims, the rest keep coming with the documents showing how they paid money to the cooperative, and with all the receipts documenting the transfers they made,” Zamir Sydykov, a spokesman for the Osh police, told Eurasianet.

S-Line investors say that all 102 participants in their cooperative have made at least the 218,000 som down-payments in addition to the subsequent monthly rates.

The police, meanwhile, say they are often at a loss to act in these situations since no criminal act has been committed. The question, they say, should be decided in civil courts since the money is yielded voluntarily.

There is some uncertainty on this point, though.

In an interview with RFE/RL’s Kyrgyz service, Radio Azattyk, National Bank representative Aida Karabayeva likened the housing cooperatives as they operate in Kyrgyzstan to financial pyramids. The issue is that legislation regulating this approach to home-buying is lacking, creating an ideal vacuum for unscrupulous, or maybe just hapless, operators to flourish.

Zhyldyz Kadyrova, a lawyer who used to work for First Housing Residential Complex but who has now switched her loyalties to the cooperative’s self-described victims, said that many of the homebuyers frequently sign agreements without reading them properly or evaluating the possible risks.

“Even an experienced lawyer or financier may at first find it difficult to take in the intricacies of documents in which the language about the rights and obligations of the members of the cooperative are formulated in an opaque manner. This is especially the case since all the agreements are presented to them in Russian,” she said.

Then again, it is not always the managers of the housing initiatives at fault. Kadyrova said much of the recent turmoil has occurred because a certain number of homebuyers tried to pull out of their investments following a devaluation of the som. The prices of the properties are denominated in dollars, so when the som or the ruble that relatives send from Russia tumbles, the real cost of the property spikes.

Sharabidinova, the would-be buyer from Chon-Alai, says she and others in her situation are determined to do all it takes to get their money back. If the courts or the police will not take action, they will begin mounting rallies, she said.

“Do the presidential administration, law enforcement or judicial bodies not care? Or are they just waiting for a new revolution?” she asked.