Interest is waning in the state’s distance-education offerings, which have struggled to reach poor, rural students. 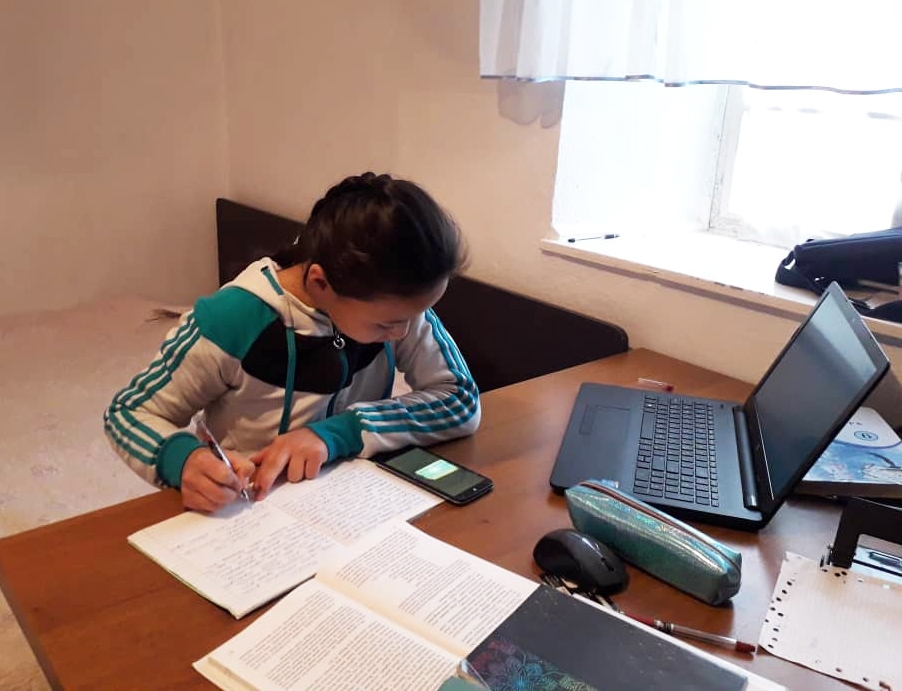 The device has become their main means for getting an education since the authorities in mid-March began a system of long-distance teaching as a precautionary measure against the spread of COVID-19.

“I have an old Samsung phone, it doesn’t work well, everything takes a long time to load, and the sound is bad,” said Turgunbayeva, 34, who lives in the village of Terek-Suu in the southern and rural Jalal-Abad region. “There wasn’t enough memory, so I deleted all the photos. As soon as we send videos of completed homework, we delete them.”

Because the girls are at different stages of their education – in second, third and sixth grade – they must abide by a routine. The younger ones do their studies in the morning, when Turgunbayeva is at their disposal.

The eldest daughter uses the phone alone in the evening to avoid distractions, because her studies are more complex. At that time, Turgunbayeva must tend to her newborn and do the household chores.

Turgunbayeva said the children are struggling to learn in these circumstances. Some households with even fewer resources may have it worse.

“Parents live in all kinds of conditions – some live well, some badly, then there are people who do not even have telephones and televisions at all. But everybody is having a tough time and the children are not taking in the lessons,” she said.

The one saving grace is that distance-learning is not proving a financial drain, since mobile operators in Kyrgyzstan have created free-of-charge data bundles for schoolchildren confined to their homes.

When the lockdowns were imposed, the government was relatively quick to roll out its remote teaching solution. Classes for the younger children were broadcast on the Balastan kids’ channel. Lessons for secondary and high-school pupils were shown on other stations. 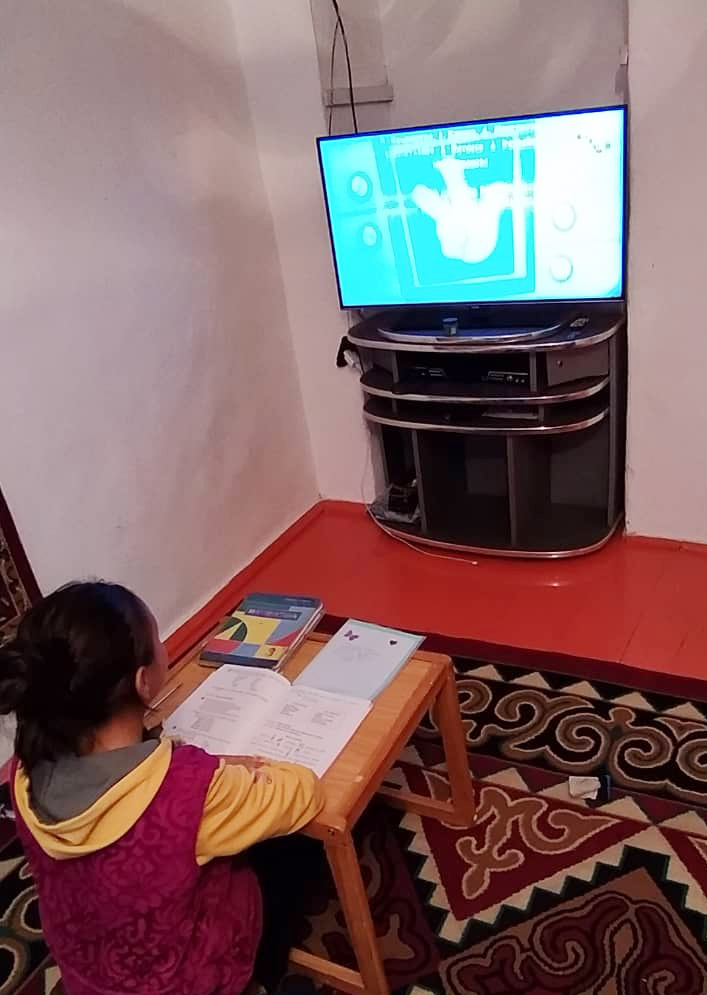 The Education Ministry made the same lessons available on the UNICEF-supported online portal Sanarip Sabak (Digital Lesson). Children can re-watch classes on the site, although there have been problems here. Classes for the second half of May were not uploaded in time and the website only offered the forlorn message of “Lessons will be uploaded soon.”

In the middle of April, around one month into this forced experiment, the Education Ministry was positive about the results, although it was candid about the shortcomings. Organizing feedback with students in areas with low-speed mobile internet has been difficult, and the problem is exacerbated in households where parents lack IT skills or do not have a television, the ministry said.

“Even though we are doing distance-learning only for the first time, our teachers have shown good potential. I would also like to thank local authorities and sponsors for the help they have given to families who do not have televisions and telephones,” Education Minister Kanybek Isakov said at the time.

Parents have been a little less forgiving, criticizing lessons for being insufficiently stimulating.

Educational authorities have more recently put a figure on just how many children are struggling to get involved in the feedback process because of lack of resources. Isakov revealed on May 15 that 30,000 schoolchildren do not have access to smartphones and that 4,000 families lack televisions.

The video-conferencing tools that have been brought in to bridge the lag caused by long-distance learning have not quite lived up to expectations either.

“When distance-learning began, there were many difficulties,” an IT teacher at a high school in the southern city of Osh told Eurasianet on condition of anonymity. “It was very difficult for teachers, no one was ready for online learning.”

Instead, instant messaging apps have been used as a fallback. For the younger pupils, the preference is for WhatsApp, said the Osh teacher, while the older children have their classes conveyed through Telegram. The reason is that young children use the phones of their parents, and WhatsApp is primarily the preserve of adult generations in Kyrgyzstan. Telegram’s functions lend themselves better to teaching, however.

But “many students do not have computers on which to do practical exercises. I give them assignments suitable for phone applications. Students work with Microsoft Office applications: Word, Excel and PowerPoint. For video editing training they use Inshot and Viva Video,” the teacher said.

Half the students in her classes ignore her messages, however.

And engagement has dropped somewhat since the Education Ministry announced in the middle of May that progress to the next class will no longer depend on end-of-year exams, but will instead be decided on the basis on coursework.

The lockdown, which has eased a little in recent weeks, has been toughest on the high school graduating class. These students have been kept away from classes in the very crucial year in which they are due to sit their all-important ORT, or General Republican Test. It is on the basis of results from those exams that young people then apply to university.

ORT exams are still due to go ahead, but at the end of June, instead of the middle of May, as had been planned. Special safety precautions will be taken for students sitting the exams.

In addition to the stress of tests, graduating students have been deprived of important rites of passage, like end-of-school celebrations on May 25. This year, many will instead be collectively marking this milestone online – the first time in the country’s history.