Climate change can be blamed for some of the troubles facing Kyrgyz farmers, but the immediate problem is money. 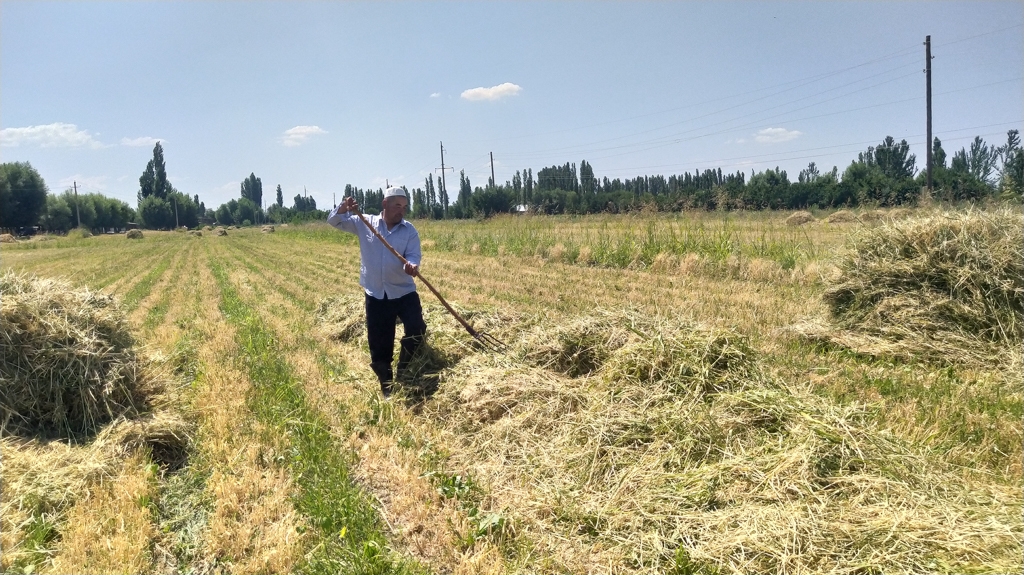 Barat Matanov, a 70-year-old farmer from the southern Kyrgyzstan village of Kara-Dobo, recalls that when he was a child, his family drew irrigation water from the naturally formed Mashrabsai canal, which was fed only by rainwater and snowmelt.

“That was why in Soviet times they decided to build an alternative canal, the Otuz-Adyr. The water collects from the Kurshab River,” he told Eurasianet. “I remember how they used all their strength to build it and get it working by 1955.”

Otuz-Adyr, which extends 40 kilometers, was once used to irrigate cotton and tobacco fields. When the Soviet Union and its centralized planning system collapsed, farmers switched to wheat, barley, and other types of grain.

“These crops do not require a lot of water and therefore there was always enough to go around,” Matanov told Eurasianet.

The farming business has continued to evolve, however, and not always in ways the irrigation resources can support.

“Over the past few years, most farmers have begun to grow root crops, vegetables and melons. This is very profitable, but it requires more water,” Matanov said.

The consequences were laid out in stark terms by Agriculture Minister Askarbek Djanibekov at a press conference this week. Kyrgyzstan is set this year to fall around 30-35 percent short of its grain harvest targets.

“Cereal harvesting is now underway. Maize will be the least affected by the drought. The decrease in harvests for [that crop] are forecast at 10-15 percent,” he said.

Climate change may be to blame for some of these issues, but the immediate problem is money.

Many farmers take out loans as a matter of course, and the need to make a quick return on crops to return that credit creates dangerous incentives. Matanov says officials running his district have dismally mismanaged the Otuz-Adyr canal. He even suggested that those in need of water for thirsty and sought-after crops may be prepared to pay under the table to get more than their share.

“That is what is causing the lack of moisture,” he said.

A fellow villager, 48-year-old farmer Suyorkul Kalmatayev, lamented how his costs include the rent for the six hectares on which he grows barley. The money he makes from the crop does not even cover the cost of running a combine harvester.

“Constraints in irrigation water are forcing many to change priorities. Investing in agriculture is becoming unprofitable because the risks are high due to drought, poor harvests, equipment rental and higher prices for fuel and lubricants,” Kalmatayev said. 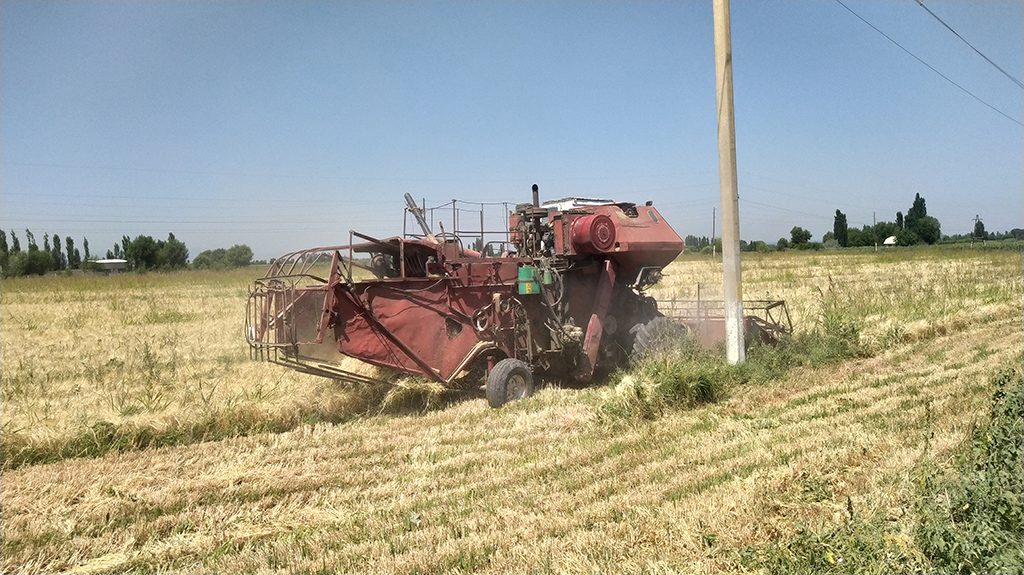 Boxed into this corner, the authorities have had to resort to short-term fixes to avoid knock-on effects. So Minister Djanibekov said on August 4, for example, that the government has implemented decrees halting the export of animal feed and scrapping sales tax for imports of the same. The intent here is to avoid a spike in the price of meat at the bazaars.

And early last month, the government lifted a temporary ban on the export of livestock to neighboring countries like Kazakhstan and Uzbekistan, which should have eased the local demand on grain.

Djanibekov was already warning villagers in Kara-Dobo, which lies in the Osh region, about the poor water cycle in July – a fact he fatalistically pinned on climate change. He thereby demurred in addressing how water shortages have become a recurrent and predictable reality, much to the disgruntlement of residents.

“They should have been thinking about this earlier, in spring,” said Matanov.

Solutions were kicked around on July 8 at a national forum in Bishkek, where farmers, businesspeople and other experts discussed how Kyrgyzstan’s agriculture sector could innovate and better adapt to climate change.

Meder Jeyenbayev, an agronomist from the same southern district where Matanov and Kalmatayev live, said the thoughts of farmers are increasingly turning to drip irrigation and greenhouses, where lighting and temperate alike can be adjusted.

“We are trying to implement the Turkish model, which implies economy and a rational use of resources when growing crops,” he told Eurasianet.

Solar panels would provide for other needs and create financial capacity.

“Farmers are experiencing not just a shortage of irrigation water, but also drinking water, which they extract from artesian wells with electric pumps. These unnecessary costs eat up profits,” he said.

There would be a public order dividend to all this, said Jeyenbayev, since farmers are now regularly coming to blows over access to water.

Another idea would be to convert to crops better adapted to local climactic conditions. Jeyenbayev mentioned almonds and pistachios, whose trees lay down deep roots.

All this costs time and money, though. Making it happen will require the state or other actors to extend concessional loans or provide incentives for farmers to work more on making their products suitable for export.

On that last point, the ultimate clincher is in processing, of which too little is done, according to experts.

“Because of the lack of production capacity, only 20 percent of what is grown is processed locally at present. The rest is exported,” economist Erkin Abdyrazakov told Eurasianet. “As a result, the country remains highly dependent on imports. Almost all foodstuffs are imported from abroad, including flour, oil, sugar and other things.”