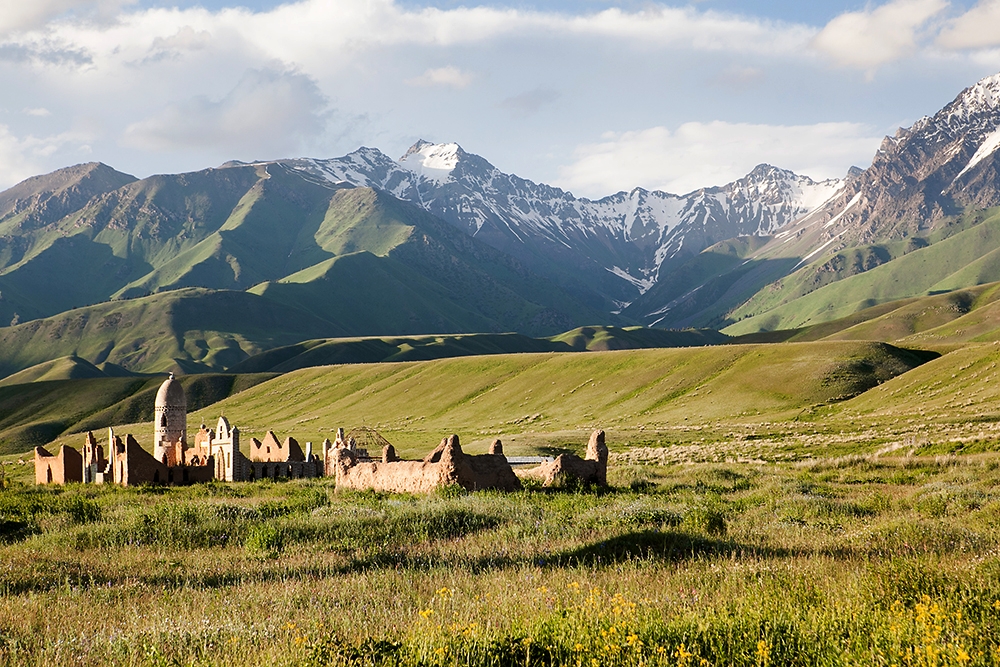 While government officials say the suicide rate in Kyrgyzstan is rising, tripling during the past 10 years, health care professionals say the rate is growing to around 680 per year in the country of 5.7 million. (Photo: David Trilling)

Since the beginning of the year, it seems that hardly a week goes by without Kyrgyzstan’s media reporting on another tragic suicide. There have been suicides in the army, in the south and the north – three in Osh in one week.

The reports are indicative of a rising suicide rate, officials say. It is not possible to generalize why, of course, but experts point to family and economic pressures. A larger issue is that there are few resources in both the public and private sector to address the problem.

Last summer, Health Ministry official Aigul Boobekova told the Vechernii Bishkek daily that the number of suicides had tripled over the last decade. When contacted by EurasiaNet.org, she declined to discuss specifics. But some doctors say the suicide rate now stands at around 680 per year in the country of 5.7 million. The Health Ministry has dragged its feet on requests for data.

“There were many fewer cases before. Suicides and hangings were quite rare, but during the last four or five years such cases happen more often, especially during the last two years,” Baktygul Aralbaeva, the deputy chief doctor at Bishkek’s ambulance service, told EurasiaNet.org. Aralbaeva believes economic reasons are a major factor, given that in Kyrgyz society money and connections, not necessarily hard work, often seem to be more important in determining professional success.

“Quite often, men commit suicides, leaving their families. They take loans, and desperate situations push them to this act,” Aralbaeva said. “Young people cannot get jobs. Before, people graduated from college, got jobs and worked. Now, even if you have two diplomas, without contacts you will not get a job.”

Interior Ministry spokesman Ernis Osmonbaev told EurasiaNet.org that the number of suicides in Kyrgyzstan has not changed considerably over the last five years, since the numbers jumped from about 550 a year in the 2000s to 680 or 690 annually, where they have stayed since 2010.

Osmonbaev also cited economic issues for the rise in suicides. “There was a case in Bishkek when a man shot himself. His friend tried to stop him. Because of his debts, this person decided that suicide was a way to escape. But he left his debts to his family and children; that is something people should think about,” Osmonbaev said.

A high percentage of suicide attempts are made by teenagers, according to both Osmonbaev and Aralbaeva, the ambulance service representative. Family problems were the reason why T. tried to kill himself several times over the last 10 years. Now, in his mid-twenties, he blames a difficult relationship with his family and his father’s abuse.

The first time, T. found the medicine chest at home and took “handfuls of pills.” He was 16. His parents rushed him to the hospital. He tried again a few years later; that time a friend saved him. “Death is an exit. In any situation you can always quit through this door,” he told EurasiaNet.org.

Psychiatrist Mizirkhat Kurmanaliev of the National Mental Health Center told EurasiaNet.org a common misperception is that those who attempt suicide tend to be mentally ill.

“My experience shows that these are mostly people with personal drama: family issues, economic problems. Suicides are more typical for healthy people who had an active life,” Kurmanaliev said.

“Aged people are more tolerant of the problems they face, they have a philosophical attitude to the issue, while youth react emotionally,” Kurmanaliev added.

Unfortunately, there are few social services available these days in Kyrgyzstan for those grappling with suicidal thoughts, officials and doctors admit. “In the United States and in Europe, people go to psychiatrists [to talk about their problems],” said Osmonbaev, the Interior Ministry spokesman, adding that the number of qualified therapists and psychiatrists in Kyrgyzstan is low. “Their help is critical. What are the phone numbers for hotlines? Nobody knows them.”

Kurmanaliev of the National Mental Health Center said that even he does not know of a suicide hotline in Kyrgyzstan. On its website, the Association of Crisis Centers, an NGO, provides a list of numbers for people seeking help, including one for suicide prevention. But repeated calls to the number went unanswered.