How impartial will electoral authorities be when the race actually starts? 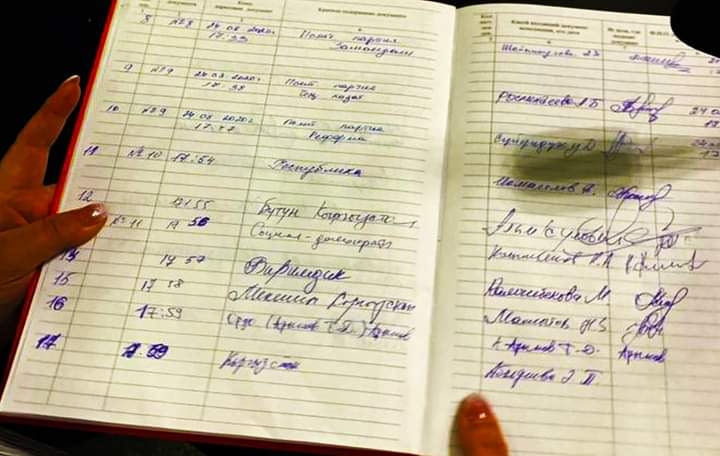 The 17:59 project: This last-minute fudge did not work.

Campaigning for Kyrgyzstan’s parliamentary elections has not even begun yet, but the contest has already witnessed a surprise upset.

The Central Election Commission, or CEC, decided on August 25 to deny registration to the Kyrgyzstan Party, a loyal and pliant partner in the current ruling coalition.

Making the move even more dramatic was the fact that the CEC had appeared late on August 24 to take the party’s side in a squabble with rival parties over alleged late submission of documents for the vote.

Less than 24 hours later, the CEC omitted the party on a completely different pretext.

At present, 16 parties have pre-qualified to compete in the vote taking place on October 4.

While they are already trading blows, the campaign does not officially get underway until September 4.

To get this far, the parties had to hold a party conference, hand over 5 million som ($64,000) as a deposit and submit documents including their party lists to the CEC – all before 6 p.m. on August 24.

Video footage from that evening showed activists from other parties embroiled in a furious row with election officials over the Kyrgyzstan Party’s apparent late show.

A photograph of the CEC’s logbook indicating that the handwritten time of the party’s submission had been doctored to read “17:59” – meaning 5:59 p.m – was all over social networks the following morning.

Candidates from the party’s rivals moaned on Twitter about uneven treatment and called for the CEC’s disbandment.

At a press conference called by the Kyrgyzstan Party, party leader Kanat Isayev bullishly dismissed their accusations of tardiness.

According to journalist Darya Podolskaya of the 24.kg news outlet, the party arrived late to that event, too.

By evening, however, the party’s complacency had turned into anxiety, after a CEC working group issued a recommendation to return the party’s application.

The basis for the recommendation was not the application’s late arrival, but the fact that it was delivered by someone that was not an official representative of the party.

The party’s defense that the representative supposed to deliver the application had fallen ill was dismissed by the CEC.

The party said it will appeal against the decision in court.

Kyrgyz parties have to pass a 7 percent vote threshold to enter parliament.

In 2015, the Kyrgyzstan Party cleared that barrier with ease, taking 13 percent of all ballots cast in a flashy campaign tainted by allegations of vote-buying, while remaining a comfortable distance behind the first and second placed parties.

After entering parliament, the collective financed by wealthy industrialists from the north of the country proved itself a predictable coalition partner, never stepping out of line.

When Isayev gambled on a strong-looking opposition candidate Omurbek Babanov in the 2017 presidential race, he did so without the support of his fellow party members.

He was jailed on coup-plotting charges during that campaign and handed a 12-year sentence at the beginning of 2018.

Last year he announced that the Kyrgyzstan Party would compete in the 2020 vote “in support of the course of President Sooronbai Jeenbekov,” whose 2017 win had relied heavily on the resources of the state.

The Kyrgyzstan Party’s support role in the parliament was even more valuable to the establishment due to another peculiarity of the electoral system – no single party is allowed to take more than 65 of the 120 seats available.

Since changes made to the electoral code in 2010 – the year a revolution unseated an authoritarian president and his all-dominating party – no party has managed more than a third of the vote, making alliances inevitable.

This all raises the question as to whether this is actually the end of the road for the Kyrgyzstan Party.

Its rivals certainly fear that it isn’t.

Esen Momun, a candidate for the Bir Bol party that is hopeful of entering parliament for a second consecutive time, issued a rallying call to allies on Twitter, asking them to help ensure the party's exclusion from the race.

“We all need to gather at the court when (it) is reviewing the issue of the Kyrgyzstan Party… We need to secure a just decision. Our courts are not independent. Their verdicts should be understood as the verdict of the government…”