Once again, a new government is targeting the country’s most lucrative mine. 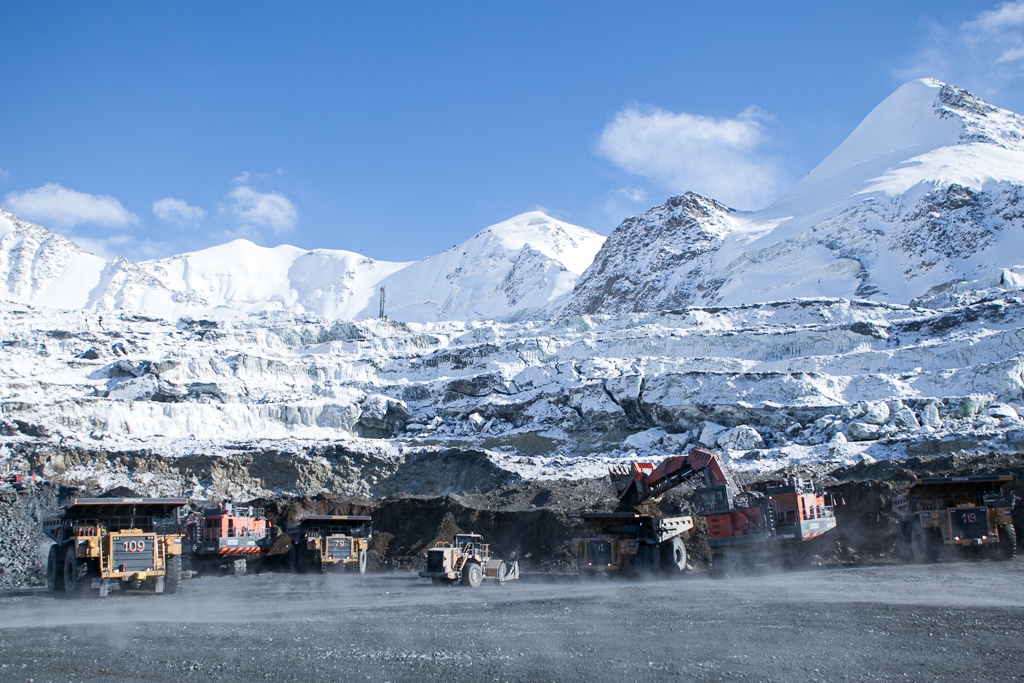 A bill hastily and secretively approved by lawmakers in Kyrgyzstan last week may spell doom for the long-embattled foreign investors holding concession rights for the country’s most lucrative industrial asset.

If President Sadyr Japarov gives his approval to the legislation – and there is no reason to imagine he will not – it will mark a major step toward nationalization of Kumtor.

Although Japarov is a veteran and hardened opponent of the Kumtor project, which is being developed by the Toronto-listed company Centerra Gold, he had tempered his position after coming to power in October.

But whatever slim possibility of compromise his ambivalence had represented now appears to have been yanked away.

And the law was only part of the story.

The draft bill was pushed through parliament in a single day on May 7. One prominent deputy claimed the bill had not even been seen by his colleagues, a fact that strongly suggests it was rushed through the approval process at the insistence of the presidential administration.

In substance, the legislation envisions the imposition of a three-month external management period on companies with mining concession rights that are deemed guilty of committing environmental and safety violations.

Although the bill does not mention Centerra, it does not need to. It is the only company fitting the description of the kind of entity liable to fall foul of the legislation. Moreover, one of the bill’s sponsors – a lawmaker in charge of an ongoing state commission investigating alleged wrongdoing at the mine – has admitted that Centerra was the sole target.

All but one of the deputies in parliament backed the bill.

That same day, a court in Bishkek slapped a startling $3 billion fine on Centerra’s Kyrgyz subsidiary. The complaint that triggered the case was filed by four private claimants seeking damages on Kyrgyzstan’s behalf as reparations for the company’s historic practice of dumping mining waste on glaciers – and took less than two months for the court to consider.

In yet another line of assault, tax authorities sent a note to the company informing it that it owed more than $170 million in back-taxes and other dues.

Centerra, which is more than one-quarter owned by the Kyrgyz state, said in a statement on May 7 that it considered the legal claims “entirely meritless.”

As for the external management law, the company said this would clearly violate the legal framework governing Kumtor agreed upon in 2009 and warned of a potential negative impact on the company. The law’s backers dismiss such complaints out of hand.

More misery may yet be piled onto Centerra in the coming days. A state commission on Kumtor is bracing this week to publicize its findings. And they are not likely to make pleasant reading for the company.

The head of that commission, Akylbek Japarov – no relation of the president – was a point-man on the external management bill. His public remarks on Kumtor have been intensely accusatory.

Speaking in defense of his own legislation, the MP alleged that the company has “always used money to have criminal cases shelved.” He has also claimed the company has been responsible for the deaths of 19 people – an allegation for which he has produced no evidence.

While voluble in his accusations, Akylbek Japarov is less informative on how the external management law will work in practice. In his speech to parliament on May 7, he did not reflect, for example, on what might happen to Kumtor after a putative three-month period of administration came to a close.

Centerra has likewise not commented on this issue.

The International Business Council, a Bishkek-based lobbying group, has been more categorical in its condemnation. In a statement on May 7, it described the legislation as “an alarming precedent.”

“This sends a signal to investors that no company can consider itself protected by the law and agreements with the state,” the group said. “We hope that the head of state will listen to the views of the business community and not sign this into law.”

The multibillion-dollar lawsuit should pose a less-than-immediate threat. Under the terms of the 2009 agreement over Kumtor, Centerra is eligible to pursue resolution to any disputes through international arbitration without settling in-country first.

Even though parliamentarians have almost universally fallen into line with the ongoing assault on Kumtor, there has been some mild dissent from the party line within the executive. Speaking to Birinchi radio station on May 10, Deputy Prime Minister Ulukbek Karmyshakov said that last week’s court ruling would have an effect on “the economic well-being of Kyrgyzstan.”

Meanwhile, it may be problematic for Kyrgyzstan that this case bears hallmarks of politicization. The company made a point of noting in its statement that one of the complainants in the environmental lawsuit was the son of Dinara Kutmanova, the head of the State Ecology and Climate Committee.

Kutmanova was a backer of Japarov’s improbable rise to power in October and had been a thorn in Centerra’s side before that. As a member of a previous state commission on Kumtor in 2012, she took a leading part in leveling environmental claims against the company.

In November, Japarov appointed Kutmanova chair of the State Environmental Protection and Forestry Agency, batting aside strong resistance to her leadership from within the agency. Shortly after she rose to the job, Kutmanova’s agency was upgraded to committee status, thereby giving it more heft.

As far as Centerra appears to be concerned, some of the new cash demands may be negotiating gambits. The company has said the $170 million figure mentioned in the back-taxes claim may cover some of the same ground as claims levelled against the company in 2018.

Centerra made $100 million in environmental and other payments to the government when the two parties last reached a strategic agreement, in August 2019, ending a multi-year arbitration case that lay dormant while negotiations were ongoing.

Kyrgyzstan, for its part, dropped all outstanding claims against the company, leaving Centerra hailing what it optimistically described as the project’s future “certainty.”