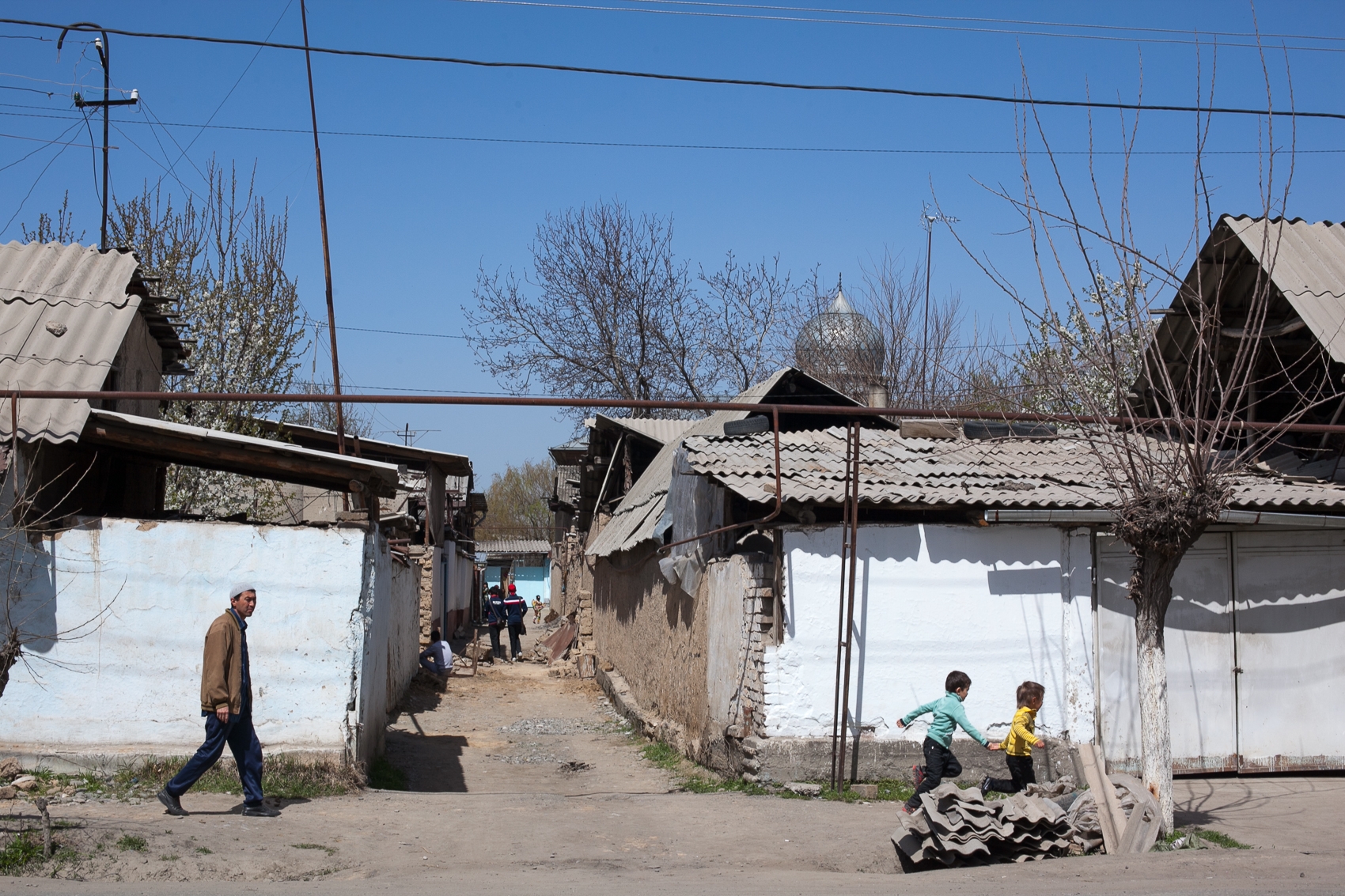 Imam Rashot Kamalov, a popular Muslim preacher in southern Kyrgyzstan, faces over 10 years in prison for a sermon he gave last summer. Much of the case against him hinges on the words of a frequent witness for the state, a psychologist who speaks neither of the languages used in the sermon but claims a good feel for the “hidden meanings” of body language. The defense lawyers’ only recording of the talk has been confiscated as “forbidden material.”

The charges against Kamalov involve “extremism” – a single word that in Central Asia and other parts of the former Soviet Union has the power to silence critics, censor journalists, and jail independent religious leaders. Extremism charges appear in a wide array of cases; its definition under the law is extremely broad. And rights activists complain that legal vagueness, unqualified “experts,” and authorities’ non-transparency open the door to a multitude of abuses – from lack of due process to prosecutions based on political motives or career ambitions.

In Kamalov’s case, it is difficult even to know which of his statements led to the six counts of extremism against him. The KGB successor agency investigating the case, the State Committee on National Security, or GKNB, has declined to discuss details. Soon after Kamalov’s arrest in February, local media cited police in Osh Province, where he lived and preached, as saying he had encouraged people to go fight in Syria, presumably with the Islamic State. But four parishioners who heard the sermon told EurasiaNet.org, in separate interviews, that Kamalov had called IS a terror organization and disputed its claims of forming a caliphate.

The procedure for determining what is extremist “gives powers that are too broad to law enforcement officials,” Kamalov’s lawyer, Khusanbay Saliev, said in an interview at his office in Osh. His main piece of evidence in Kamalov’s defense, a recording of the sermon, was seized in a raid by GKNB officers as “forbidden materials of a religious nature,” a characterization he says is used in an overwhelming majority of extremism cases. According to Saliev, the officials also took away files on three unrelated cases of alleged GKNB abuse. A GKNB spokesman declined to comment; he redirected other questions about Kamalov’s case to the Osh Province police, who in turn directed EurasiaNet.org back to the GKNB.

“We don’t have full access to information,” said Sardar Bagishbekov of Voice of Freedom, a rights watchdog in Bishkek. He says the GKNB often does not provide information on extremism cases, even when it is legally required to. (Asked for the number of extremism cases it investigated last year, the GKNB told EurasiaNet.org that it had seized over 2,000 pieces of banned material, but did not provide the requested figures.)

A particularly contentious practice in prosecuting extremism charges is the use of so-called experts whose testimony often forms the backbone of a case but whose qualifications, according to rights advocates, are often dubious.

In Kamalov’s case, the expert is Vladimir Shkolny, a psychologist at the Kyrgyz-Russian Slavic University in Bishkek, frequently invited by the GKNB and Interior Ministry to weigh in on potentially extremist materials.

After watching a video of the sermon, Shkolny concluded that “Kamalov is very secretive and ambitious [… and] not without some mental abnormalities,” he told EurasiaNet.org. In his official letter to the security agencies Shkolny said Kamalov was “brainwashing” his congregation with “hidden meanings of an extremist nature.”

Kamalov was speaking Uzbek and Kyrgyz – two languages Shkolny says he does not speak. He relied on a GKNB-supplied translation and watched the video “four or five” times: “I compared the preacher’s words with his facial expressions, gesticulation, intonations, emphases, and so forth, because any trifle, any detail can say a lot, including about the hidden meaning of what’s been said,” he explained.

“I have a fairly good understanding of body language,” Shkolny continued. “I can … distinguish when a person is saying one thing, doing another, and thinking a third.”

Another expert appointed by the State Committee on Religious Affairs to examine Kamalov’s speech is an Arabic teacher who, Kamalov’s lawyer says, has no theological training. The same expert had judged literature found last fall in the home of Dilyor Dzhumabaev to be extremist, though it was in Uzbek, a Turkic language; Dzhumabaev got six years in jail.

The process for selecting experts is as opaque as the investigations themselves. Kanybek Mamataliev, head of the religious committee’s legal-support department, refused to answer questions about how experts are chosen or how material is deemed extremist. But he hotly disputed a suggestion the process may be flawed, insisting Kyrgyzstan’s criminal justice system is “perfect.”

The extremism label is not only applied in religious cases. This month, the GKNB threatened journalist Ulugbek Babakulov with extremism charges after he publicly denounced a nationalist for making a racist slur, 24.kg reported. Presumably, Babakulov could be prosecuted under one of the vaguest, most subjective bans in the anti-extremism legislation: “demeaning national dignity.”

Extremism charges and experts who confirm them are regularly used by prosecutors in Russia – a favorite legal trendsetter for post-Soviet Central Asia. There the practice seems to be getting entrenched rather than challenged, with the number of legal cases growing steadily over the past few years. Extremism investigations have been wielded against all sorts of potential undesirables, from independent labor unions to an antiques dealer trying to sell a Nazi uniform online. In May President Vladimir Putin signed legislation that increased tenfold the fines news outlets must pay for “calling for” or “justifying” extremist activity.

Some cases look like frivolous exercises by overzealous officials: Earlier this month in Samara, Russia’s sixth-largest city, a businessman was fined for distributing leaflets depicting Jesus Christ as Mickey Mouse – described by prosecutors as extremist content.

But, region-wide, many legal actions seem much more ominous. Last year Tajikistan’s Supreme Court used extremism legislation to ban a little-known, secular group that criticized authoritarian President Emomali Rahmon on Facebook. The October ruling made it illegal for media to quote members of the outfit, known as Group 24. Its leader, Umarali Quvvatov, was assassinated in Istanbul several months later.

Anyone challenging authorities’ claims is subject to intimidation. When EurasiaNet.org was reporting the Kamalov story in and around Osh and Kara-Suu, where the imam served, three sources canceled interviews within minutes of each other, all claiming illness. A freelance American journalist researching the case after Kamalov’s arrest was detained by the GKNB, threatened with extremism charges and then deported.

Many critics of extremism-related legal practices point to political motivations behind the cases. Kamalov’s supporters believe his crime was being too independent. A few weeks before his arrest, a witness said, he had publicly criticized the GKNB for using the threat of extremism charges to extort money from young men from Osh’s sizeable Uzbek minority. The charges against him, parishioners say, are retribution.

Others point to the dangers of a self-fulfilling prophecy, wherein injustices committed by the state, whether real or perceived, are radicalizing those who were once moderate. If the idea of anti-extremism legislation is to protect the state from violent ideologies, says Alisher Yusupov, a professor of economics at the Social University in Osh, the authorities’ tactics are backfiring.

“Repression and the repressive way the government is dealing with this problem [of extremism],” he argues, is in fact “exacerbating the problem.”