Offenders could face fines of up to $80. 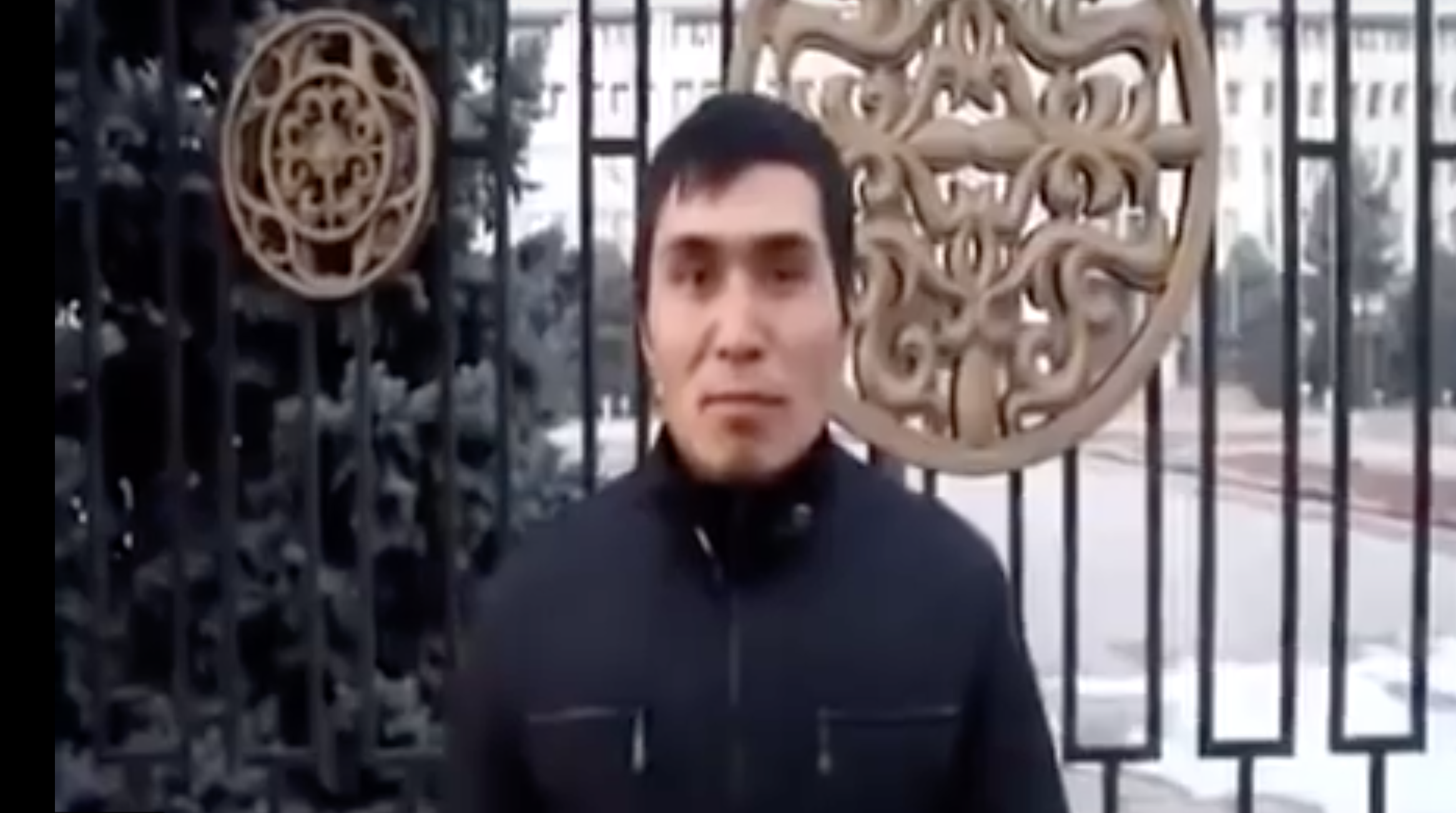 Zakiryayev hawking outside the gates of the White House before spitting. (Photo: YouTube)

Spitting is the latest hot issue to divide opinions in Kyrgyzstan.

Under rules that came into force on January 1, people caught spitting in the street could face fines of up to $80. Both the law and the size of the fine have given way to a surge of grumbling.

One young man was so incensed by this provision that he filmed himself engaging in an act of illegality outside the gates of the White House in Bishkek, where parliamentarians and government officials work.

“These people who are robbing the country and bloating the size of the state debt … who only know how to talk while doing nothing, in their honor, I will, well, look…” said the young man, 27-year-old Ramis Zakiryayev, before breaking off to loudly hawk and project a gob of phlegm in the offending direction.

In the clip, Zakiryayev then brandishes more than 5,000 Kyrgyz som — the amount of the fine — and invites the authorities to collect the money at their convenience. Police duly took the man up on his offer and brought him in for questioning at a precinct in the Issyk-Kul region.

Others have taken a more supportive line over the legislation.

“In truth, I am sick of this hawking and nose-blowing in the street — it is nasty, gross and dangerous. How much bacteria is in the air because of all this snot and spitting,” wrote Facebook user Yulia Kuleshova Lestada.

Spitting is still commonplace in Kyrgyzstan, although public sensibility campaigns linking the practice to the spread of illnesses like tuberculosis has put the issue on the agenda.

The difficulties of enforcement and the scale of the fine envisioned are what threaten to turn this otherwise trivial-seeming matter into a political own-goal.

Members of the public surveyed by Kaktus, a news website, were broadly in agreement about the fact that authorities seem not to have thought this law through.

Some anticipated that more police officers will need to be posted on the streets. Others imagined that the surveillance cameras the city hall intends to dot around the capital, Bishkek, could be used to keep an eye on delinquent expectorators. One man who spoke to Kaktus said he was strongly supportive of the anti-spitting legislation, but lamented the shortage of trashcans into which the ambulating public’s excess phlegm might be deposited.

Either way, $80 is a truly eye-watering sum to pay in a country where average monthly salaries still languish somewhere in the low hundreds. As it happens, police officers are among the many public sector workers who feel they are insufficiently remunerated for their labors and a certain number of them are said to pad their incomes by exploiting this very sort of ordinance as a way of extorting bribes.

It’s enough to make you spit.