The government’s blueprint is hazy when it comes to explaining how any of this will come about. Rights activists are appalled. 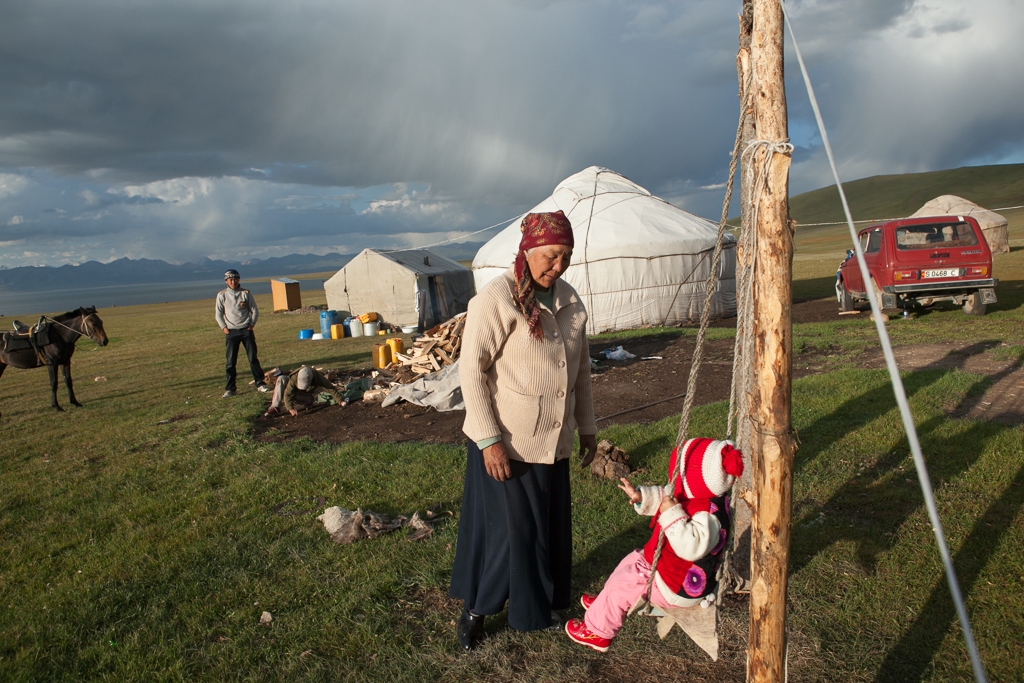 Morality and traditional values have occupied a prominent place in the thoughts of Kyrgyzstan’s President Sadyr Japarov ever since he seized power in October.

The tinkering with the constitution that began in late 2020 included a ban on any content perceived as violating the values and traditions of Kyrgyzstan. This theme was also at the heart of Japarov’s first decrees, adopted in January. They included one on the need for a “spiritual-moral development” agenda.

All this has culminated in a state blueprint for action approved by Japarov on July 24. The plan, which covers activities through 2026, prescribes a nine-point vision for addressing what officials have described as a “spiritual and moral crisis” and the need to “preserve and develop [Kyrgyz] heritage and traditions” in a period of globalization.

As the Education Ministry, which sponsored the legislation, has argued, the family is at the core of their agenda.

“Parents themselves must be responsible for their children. We need to inculcate spirituality in parents, since the education system is unable to address this matter alone,” said Marat Usenaliyev, head of the school and preschool education at the ministry, at a briefing to the press in June.

The main task of parents is to provide their children with healthy lifestyles and good educations, to serve as an example, and to “educate true patriots,” according to the legislation.

Work on making this happen is, accordingly, being directed at parents, who will receive spirituality coaching through dedicated classes and competitive events. It is not clear what is meant exactly by competitive events, although the working assumption is that this is a reference to traditional Kyrgyz sports.

In order address physical health, the Education Ministry intends to enlist teachers to instruct parents on the finer points of hygiene and sex education.

Usenaliyev said particular attention is being paid to the upbringing of girls and the trend for early marriages.

“We are talking about educating parents who should be talking to their children, telling them: ‘you can’t go there’ or ‘you can’t meet [boys]’,” he said.

The legislation is not all about moral values.

Some of it includes language on the need to teach children critical skills, how to communicate, think and effectively utilize digital technology. The goal here is to instill creativity and “material independence.”

Growing Kyrgyz citizens should also be endowed with a “sense of taste and beauty” and the ability to perceive “grace and beauty in nature, life and culture,” the document argues.

The government’s blueprint is hazy when it comes to explaining how any of this will come about.

Human rights groups and activists have bristled at the headline language about morality.

Some weeks after Japarov issued his January decrees, the Coalition for Equality, which brings multiple organizations under one banner, protested that what was being planned was in violation of Kyrgyzstan’s international commitments. Vague concepts like morality and spirituality, particularly when stamped with a specifically Kyrgyz flavor, could end up discriminating against religious, ethnic and other minority communities.

“For Kyrgyzstan, where pluralism is developing, this could represent leaps back into the past. As is known, traditional societies are characterized by the absence of political freedoms, closed social structures, authoritarianism, and low social mobility," the coalition said in a statement.

Maya, an LGBT activist and feminist who asked not to be identified by their surname, agreed. They worry that the legislation may presage the shuttering of various feminist organizations and LGBT groups already facing substantial pressure.

“If earlier we had faith in our ability to appeal to principles of international law and human rights, now this has become impossible. This is a piece of [legislation] whose purpose is to justify nationalist radicals, to say that what they are doing is not committing crimes, but saving the country,” Maya told Eurasianet.

This was an allusion to the type of incident that occurred on April 14, when women’s rights campaigners in Kyrgyzstan’s capital, Bishkek, were assaulted by dozens of self-styled traditionalists. The demonstration, the key aim of which was to demand the resignation of the Interior Minister over perceived inaction against a spate of violent gender-based crimes, was on that day aggressively broken up by several dozen men belonging to what are known as national-patriotic groups.

When quizzed about their actions, those groups justified their assault with the false claim that the demonstrators had assembled to promote LGBT rights. This is a recurring go-to, hot-button issue in Kyrgyzstan that is usually guaranteed to excite intense emotions.

Zamirbek Kochorbayev, the leader of Kyrk-Choro, the group allegedly responsible for breaking up that women’s rights march, has welcomed the morality legislation.

“This is required to bring up moral children, to raise patriotic and dignified youths who will strive for the good of the country,” Kochorbayev said. “Before now, we have allowed immoral things under the guise of human rights.”