Kyrgyzstan: Five Years After Pogroms, Healing a Work in Progress 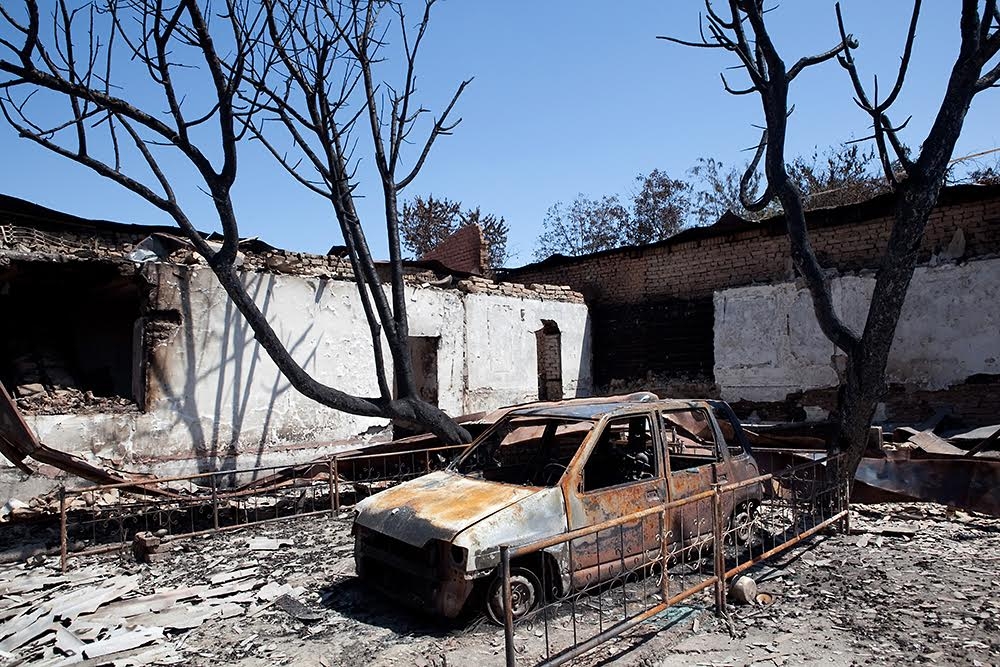 For years, Kyrgyz herders from Osh’s hilly outskirts would come down to Ozoda Salieva’s house and take her cow and several sheep, and, for a small fee, fatten them up in a summer pasture. Salieva, a 73-year-old pensioner, says it was a long-standing tradition.

But in the early summer of 2011, when herders came to her house, Salieva’s family told them to go away. Clashes between Kyrgyz and Uzbeks – Kyrgyzstan’s largest minority – in June 2010 left Salieva’s predominantly ethnic-Uzbek neighborhood, Cheremushki, a smoldering ruin. Her family came to distrust the Kyrgyz.

Five years after the tragic events that left over 400 people dead across southern Kyrgyzstan, the wounds are still fresh. Prosecutors disproportionately targeted ethnic Uzbeks, though it was mostly ethnic Uzbeks who suffered the violence. Few ethnic Kyrgyz have faced prosecution in connection with the events, which began June 10, 2010.

Azimjan Askarov, a prominent Uzbek human rights activist, who received a life sentence for his alleged role in the violence, continues to languish in prison despite numerous appeals from human rights activists who say he was framed because of his reporting on police abuses.

Little has been done to integrate the Uzbek and Kyrgyz communities, who tend to live in separate parts of Osh and surrounding towns, prompting lingering fears about the risk of renewed violence.

“The problem is not just residential segmentation, it is also cultural: apart from the bazaar, there are few inter-communal links between Kyrgyz and Uzbeks,” said Joldon Kutmanaliev, a researcher affiliated with Italy’s European University Institute who is writing his PhD dissertation on the topic.

Other than declarations on the importance of interethnic cohesion, the government’s approach is largely to avoid discussing the violence. “Talking about tragic events again and again doesn’t take us anywhere. Better not talk about it, and let the wounds heal on their own,” said a government official in Osh. Some scholars believe that similar silence after the pogroms in 1990 contributed to the violence a generation later.

True, the government is weak and lacks resources. But there are political considerations as well, Shairbek Juraev of Bishkek’s OSCE Academy told EurasiaNet.org. “Ahead of parliamentary elections [this fall], officials are reluctant to tackle the problems of ethnic minorities, including Uzbeks, because this would alienate powerful voting constituencies that are mainly ethnic Kyrgyz from rural areas,” Juraev said.

He expressed concern the elections could reinforce interethnic tensions because “some opportunistic politicians will attempt to get votes by appealing to nationalistic sentiments.”

Under pressure from the General Prosecutor’s office, inflammatory rhetoric in the Kyrgyz-language press – which surged after the 2010 violence – has subsided. But nationalistic sentiments still run strong. In April, celebrated Kyrgyz pop singer Bek Borbiev appealed to his fans to boycott Megacom, one of Kyrgyzstan’s leading mobile-services providers, if the company did not eliminate its Uzbek-language customer service. Borbiev retracted his appeal after prosecutors warned that his statement violated laws on hate speech.

These days, many citizens in southern Kyrgyzstan are reluctant to talk about the tragic events. Last September, at a roundtable on gender equality in Osh organized by parliament and the United Nations, a film was screened that opened with an Uzbek woman recounting her rape during the pogroms. Several Uzbek and Kyrgyz participants walked out in protest. Authorities then launched an investigation into whether the documentary provoked interethnic hostility; several MPs criticized the organizers.

For years after the violence, Kyrgyz police would openly harass and humiliate young Uzbek men in the streets of Osh. That has subsided, though young Uzbek men still complain frequently of police harassment and extortion. Many others contend that there is a glass ceiling for Uzbeks, who feel closed off from applying for government jobs. Others warn that security forces are disproportionately targeting Uzbeks in an ongoing campaign to identify Islamic radicals.

Some Kyrgyz and Uzbeks are reconciling in their own discreet ways. “Although Uzbeks still feel vulnerable, they are showing signs of recovering confidence. They are becoming more visible again in public spaces and investing in various businesses again,” said British researcher Nick Megoran of Newcastle University.

Megoran says one coping strategy has been to shift from blaming each other to accusing “third forces” of organizing the 2010 violence – such as the former president, Kurmanbek Bakiyev, whose violent ouster set the scene for the instability in the south.

Meanwhile, many Uzbek families have come to recognize the importance of embracing Kyrgyz language and culture. “Uzbek schools are still functioning, but they are switching to teaching in Kyrgyz and Russian languages. It is true that government is cutting funding for Uzbek language teaching. […] But many Uzbek parents are choosing to send their children to Russian and Kyrgyz classrooms. They all realize that speaking Kyrgyz and Russian is more advantageous than speaking Uzbek in Kyrgyzstan,” said an Osh-based Uzbek-language teacher who spoke on condition of anonymity because of the sensitivity of the topic.

On a recent visit to Ozoda Salieva’s house, EurasiaNet.org learned that Kyrgyz herders took her cow and sheep to a summer pasture this year. Her granddaughter Umida, an 18-year-old student at an Osh pedagogical college, is fluent in Kyrgyz and says she has many Kyrgyz friends. But Ozoda wonders if Umida and other Uzbek youths will have a chance to succeed in Kyrgyzstan, even if they embrace Kyrgyz culture and language. “We don’t have the answers,” she said.