The Matraimov family has called the allegations a "fantasy." 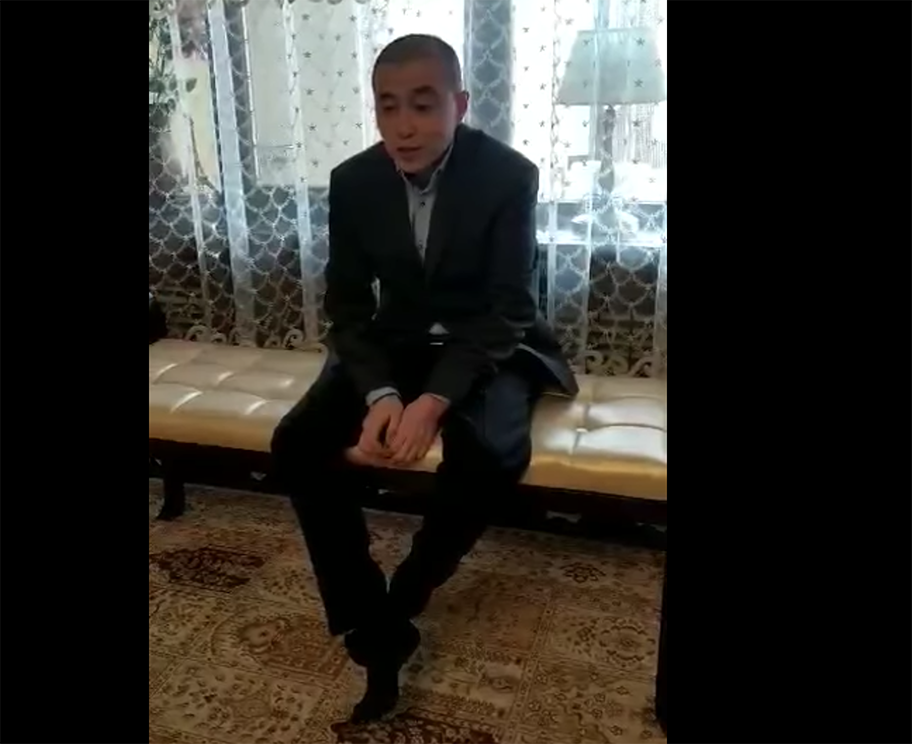 An ex-senior customs official in Kyrgyzstan has broken ranks with his powerful one-time mentor and accused him of ordering the kidnapping or killing of a journalist behind a series of blockbuster exposés about alleged corruption in the customs service.

Emilbek Kimsanov, who used to occupy a high-ranking position in the customs service in the south of the country, uploaded a two-and-a-half-minute video testimony on April 11 claiming that Rayimbek Matraimov had issued him instructions to bring Ali Toktakunov, the now-Prague-based reporter for RFE/RL’s Kyrgyz service, back to Kyrgyzstan “dead or alive.”

Matraimov’s brother, Iskender, a prominent lawmaker who frequently serves as a family spokesman, described Kimsanov’s claims as a fantasy and said that the authorities were free to verify their accuracy.

Matraimov, or Rayim Million, as he is better known – a reference to the riches he is said to have accrued over the years – worked for 19 years in the customs service. He quit his role as deputy head of the notoriously corrupt government body in 2019 amid growing public calls for an investigation into his family’s suspiciously attained wealth.

Much of those calls came off the back of investigations carried out by RFE/RL’s Kyrgyz service, Radio Azattyk. In May 2019, the broadcaster published a detailed report alleging that the Matraimov family had conspired to spirit more than $700 million out of the country.

Public frustration only mounted in November with the publication of a joint investigation by the Organized Crime and Corruption Reporting Project, or OCCRP, Radio Azattyk and Bishkek-based news website Kloop into alleged money-laundering linked to Matraimov. One key source for that investigation, an ethnic Uyghur national of Chinese origin called Aierken Saimaiti, was shot dead in a gangland-style assassination around 10 days before the report was published. Matraimov’s detractors have sought to tie him to that killing, although the suggestion is not supported by any evidence or a criminal investigation.

In this video message, Kimsanov turns his phone to the camera to show what he says is an exchange of messages between himself and Matraimov, whom he has listed as “boss” in his contacts. He shows that the details purportedly provided by Matraimov include Toktakunov’s personal details.

“These are the kinds of orders he was giving me: ‘Find me the address of Ali Toktakunov. Bring him from Prague, dead or alive,’” Kimsanov says in the video.

Kimsanov also showed what he said was footage of men associated with a notorious crime boss called Kamchi Kolbayev visiting his home and threatening his wife – all part of what he said was a campaign of intimidation to secure his continued fealty.

“He will not leave me in peace, even when I refuse. Three-four times [his men have] fired pot-shots at my brothers, and me personally. But we have to remain silent, we cannot complain. We know that if we complain, this man is capable of doing anything,” he says.

Kimsanov has said that his differences with Matraimov stem from his unwillingness to become embroiled in corruption schemes. Given that allegations about smuggling and corruption long pre-date their falling-out, however, such protestations ring hollow. It is more probable that other undisclosed factors are at play.

Iskender Matraimov, the MP, said Kimsanov’s video testimony was just a “pre-election fantasy” – an apparent allusion to the parliamentary elections coming up later this year and in which forces loyal to the Matraimov family are expected to play an important part.

“Kimsanov will pay for the accusations he has made against Rayimbek, and not just before God, but also before the law. Law enforcement can go ahead and check out what he said. I would only ask that the people not believe any person who just comes along,” Iskender Matraimov said.

Toktakunov said that he hoped Kyrgyz authorities would work to verify the allegations in Kimsanov’s video.

“There is reason to believe that, starting from right now, the threat for myself, as well as my family, my relatives in Kyrgyzstan and my colleagues has increased. I expressed the same opinion last year, when Aierken Saimaiti, the subject of our investigation, was shot and killed in Istanbul,” he wrote on Facebook.

The government has taken a markedly ambivalent position over Matraimov and the many accusations lobbed in his direction. There is ostensibly an open investigation into claims that he was involved in money-laundering, but that effort seems to have withered away without conclusion.

Anti-corruption activists maintain that Matraimov has simply bought the loyalty of powerful officials. The Matraimov family, meanwhile, insist that they are blameless and, in anything, that they deserve praise for their philanthropic activities, which have in recent weeks focused on communities affected by the coronavirus-triggered shutdown of the economy.

But since the start of this year, a number of people previously known to be in Matraimov’s inner circle have come out with grave but typically mostly unprovable accusations against their former mentor.

On February 15, a man called Tologon Rakhmanberdi uulu uploaded a video appeal, delivered as a man-to-man address to President Sooronbai Jeenbekov, in which he pleaded for protection from what he described as the relentless campaign of violence and threats he had received from Matraimov associates. Rakhmanberdi uulu, a former policeman and mixed martial arts, or MMA, champion fighter, was last in the public eye in September. It was then that he reportedly ended up in the hospital with a gunshot wound to the leg as a result of a brawl with the head of the Osh city government sports committee, Kylych Sarkarbayev. Both men were known to be Matraimov acolytes.

Rakhmanberdi uulu and Kismanov were both declared wanted in February 2020 over their involvement in an assault which allegedly took place about two years earlier against a customs officer named Avtandil Kongantiyev. Kimsanov had reportedly been fired from the customs service for the assault. It is not known precisely when this alleged incident occurred, but it was reported in local media this past January.

Both the warrants were issued after the men had publicly fallen out with Matraimov.