It's -27 degrees Celsius, and some residents have been without power for four days. 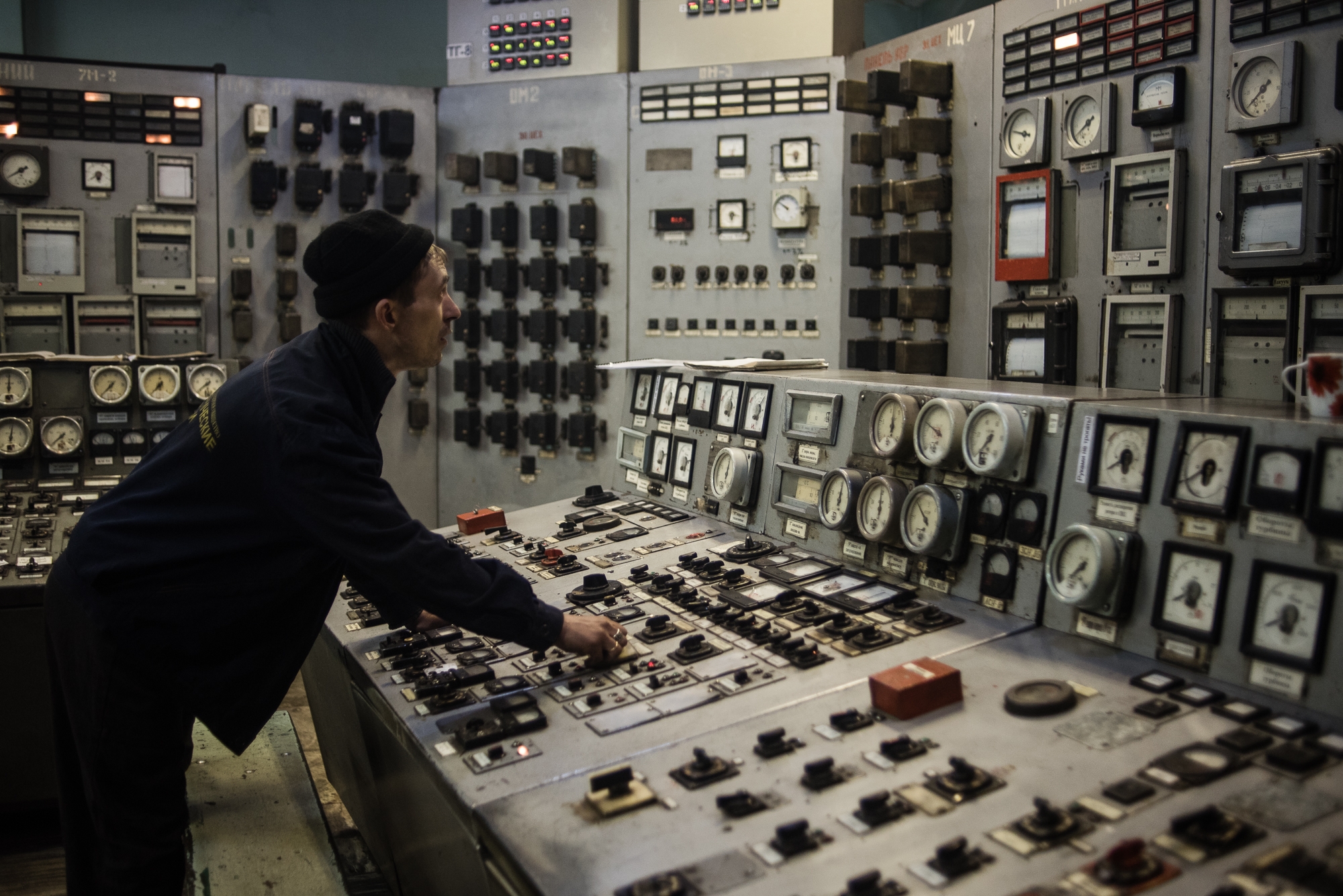 Aigul Dogdurova, a 43-year old native of Bishkek, cannot remember anything like it. For four days, households across Kyrgyzstan’s capital are experiencing a bitter chill because of a power plant malfunction.

“You sit in your apartment without heating or hot water and you turn on the air conditioner for some warmth, knowing full well that you shouldn’t be using it when it is below freezing outside,” Dogdurova told Eurasianet. “It might make a noise, but at least it is warming us up. And the whole I’m thinking: ‘Just let it hold out, let the power not go out.’”

Dogdurova works from her apartment, where she lives with her young son, so she has resorted to extreme measures. To trap any residual heat, she’s taped up her windows and doors.

“Around two in the morning, I turn off the air conditioner and go to bed in my clothes. I struck up an agreement with relatives — if the powers goes, my son and I will put on our ski clothes and go over to theirs for I don’t know how long,” she said.

In addition to generating electricity, thermal power plants, or TETs as they known in their Russian acronym, pump heated water into homes. The accident at the Bishkek Thermal Power Station occurred on January 26, just as temperatures outside were steadily sinking to around -27 degrees Celsius (about -17 degrees Fahrenheit). One of the plant’s nine boilers broke down, triggering a safety mechanism that knocked another six offline.

The consequences were swift to materialize.

“The radiators have gone completely cold, apartments are freezing, now everybody is turning on their heaters and electricity is all going to get eaten up. Winter serves as a gauge of our government’s efficiency. And this government is not coping at all,” journalist Anna Kapushenko wrote on her Facebook account.

It is not just homes that are hit. Hospitals and offices are also freezing. Schools have cancelled classes until February 3. University students are being ordered not to bother turning up.

Prime Minister Sapar Isakov reacted to the unfolding crisis by visiting the power plant on January 27. To help mitigate the discomfort of the worst hit he ordered that mobile heating stations be set up across the city. Those in need will be provided with hot meals, he said.

A couple of days later, Isakov visited a maternity ward and children’s hospital, where he handed out blankets and quilts to shivering patients.

Those public relations gestures are not likely to be enough to mitigate the political fallout.

Bishkek Thermal Power Station underwent a costly overhaul that was completed just last year. The $386 million price tag for doing that work was funded through a low-interest loan from the Export–Import Bank of China that is set for repayment by 2033. The labor was provided by TBEA, a company based in the western Chinese province of Xinjiang.

Former President Almazbek Atambayev boasted at the inauguration of the revamped power plant that the modernization project would guarantee an end to the era of energy crises in Kyrgyzstan. "And they say that nothing has been done during the six years of Atambaev's presidency. Those people are blind of course” Atambaev's said at the August 30 ceremony, referring to himself in the third person.

Attention is now refocusing on how the modernization contract came to be given to TBEA in the first place. In 2015, the Chamber of Audits, a state body tasked with overseeing government spending, issued a report questioning why the contract was not put out to tender when other companies were interested in bidding. Auditors also found that no technical feasibility study was undertaken to evaluate the needs and costs of the project.

Despite a cost that many now believe may have been unnecessarily inflated, areas of the Bishkek power plant are still in a dismal condition. In the section used to generate heating water, parts of the roof are missing and many windows do not have glass in them.

Even the inside of the power plant — normally an uncomfortable inferno — workers have been struggling to keep warm and some were driven to erecting a burn barrel next to hulking equipment sheathed in frost. One widely shared video clip showed employees joking as they tried to warm themselves over the flames.

“Here we go, we’ve got a barrel like in the war movies. We’re just like those American bums you see sitting next to barrels — it’s exactly the same here,” one worker is heard to say.

Sergei Galitsky, head of the turbine section at the plant, insisted that it was the recent modernization that had prevented even more disastrous consequences. The two boilers still functioning are so efficient that it stopped the city from freezing altogether, he told reporters.

Almost inevitably, some are venting their fury with claims the plant renovation was marred by corruption. “Those bastards, of course, didn’t spend even a fraction of that $386 million loan on the old section of [the thermal power plant], which is where the bulk of the burden of providing heat still lies,” Kubat Rakhimov, a member of the Chamber of Commerce and Industry, wrote on his Facebook account. “It is unlikely that the beneficiaries of grants and kickbacks from the Chinese live in apartments with cold radiators, so they cannot conceive what most ordinary citizens have to live with. But karma will eventually provide them the heat that they deserve — in hell.”

Those who can afford it have turned to electricity and gas, but that has caused other complications. Power suppliers have pleaded with household to use electricity sparingly, as surges are causing outages in parts of the city. Some homes have been without electricity for four days.

Gazprom Kyrgyzstan, which is owned by the eponymous Russian parent company, has also cautioned against using too much gas for reasons of safety. Many people have nonetheless reported sitting in their kitchens with their ovens turned on just to keep warm.

Isakov has vowed punishments will be doled out in due time. The General Prosecutor’s Office, the Finance Police and the State Committee for National Security have all been nudged into initiating investigations.

Bishkek Thermal Power Station Director Nurlan Omurkul uulu is the only person to have offered his resignation to date. Nobody has been fired.

Once the stark shock of the cold wears off, the country may face the slow burn of a longer-term fallout. Isakov has already hinted that one necessary solution might be for heating bills to go up. “The issue is that of bills. And, of course, we must turn to real measures to solve this problem at its roots,” Isakov said.