Kyrgyzstan Has “No Alternative” to Closer Russia Ties – Prime Minister 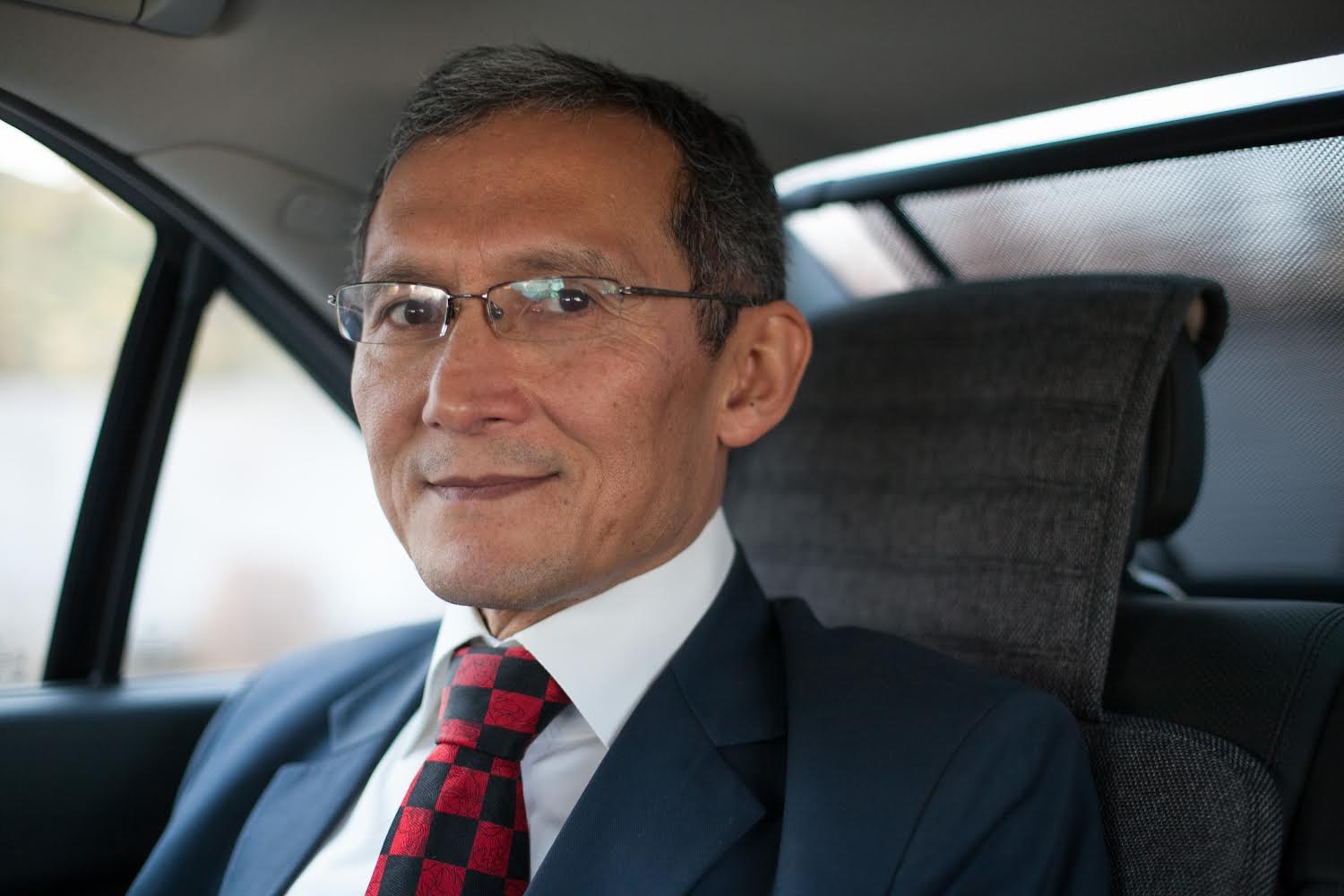 Kyrgyz Prime Minister Djoomart Otorbaev: "Russia is our biggest market, the biggest regional economy. Of course we are dependent on it, but we must prepare for the worst." (Photo: David Trilling)

The slowdown of Russia’s economy is inflicting pain across Central Asia. But impoverished Kyrgyzstan has no choice but to stay close to Moscow, Prime Minister Djoomart Otorbaev tells EurasiaNet.org.

In an exclusive interview in Bishkek, Otorbaev addressed criticism of Kyrgyzstan’s decision to join the Russia-led Eurasian Economic Union, his country’s energy crisis, and the inevitability of slower growth due to the downturn in sanctions-afflicted Russia, Kyrgyzstan’s largest export market.

On November 12, the International Monetary Fund projected Kyrgyzstan’s growth would fall from 10.5 percent in 2013 to 3 percent this year, and the inflation rate would jump to around 10 percent. The plummeting value of remittances from Russia sent by labor migrants and traders is adding to trade deficits across the region, the IMF said, and a weaker ruble contributes to inflation. A day before the IMF assessment, Kyrgyzstan’s Finance Minister Olga Lavrova told parliament that the country’s foreign debt accounted for 53 percent of GDP at the end of October and was entering dangerous territory.

The ruble’s 30 percent slide against the dollar this year is the major factor in the sharp decrease in transfers from Kyrgyz citizens working in Russia, both migrant laborers and traders who depend on Russian markets. That is putting pressure on the som.

The National Bank has spent over $300 million so far this year to try to ease the som’s slide. But, like Russia, Kyrgyzstan is moving toward a free-floating exchange rate. Pointing out that a weaker som helps exporters, Otorbaev, a mathematician with experience in Europe’s private sector and in banking, said, “We are not prepared to keep the som strong. The intervention is just to ease the spikes.”

Compounding the pressure on the Kyrgyz economy, Russia’s low oil-refining capacity has pushed up the price of gasoline across the region, “an unpleasant surprise” that has also stoked inflation. Meanwhile, a drought this year hurt agricultural production. A bread seller at Bishkek’s Ak-Emir market complains that a 50-kilo sack of flour has jumped 60 percent in price since last year.

Some have criticized Kyrgyzstan’s move to join the Eurasian Economic Union – which promises the “free movement of capital, goods, services, and labor” among members. Bishkek plans to sign on to the Russia-led organization by the end of next month, after several years of apparent foot-dragging. Opponents, inside Kyrgyzstan and abroad, say the project is Vladimir Putin’s attempt to reassert Russian power throughout the former Soviet Union. Since Russian-fueled unrest began in eastern Ukraine this spring, Moscow has seemed to increase pressure on its neighbors to join.

In recent weeks, Kyrgyzstan’s parliament has passed reams of legislation on membership in both the customs union and the EEU, which will come into being on January 1.

Otorbaev insists Kyrgyzstan will formally join both in late December and that border controls with Kazakhstan will be lifted by the middle of next year.

“We’ve gotten some criticism from the United States,” Otorbaev says of EEU membership talks. “I would like to hear the arguments of those who would like us to close the border. [...] With whom are we going to trade? I don’t know. The United States is not here. Europe neither. China is very aggressively importing things. If someone would advise us, I would be more than happy to hear them.”

Citing inflation as the government’s biggest fear, Otorbaev likens Kyrgyzstan’s EEU accession to the Baltic States entering the European Union in the early 2000s. “We are a small economy joining a big union and will have similar benefits,” he said. “We expect more positives than negatives. […] There is no alternative.”

Aside from issues of economic integration, one of Otorbaev’s toughest tasks is to raise artificially low energy tariffs – a legacy that Kyrgyzstan inherited from the Soviet Union. Previous governments postponed the painful measure, which he says is now critical.

The Kyrgyz population has for too long expected to pay below-market rates for electricity, Otorbaev said. And now, reform can no longer wait. This year’s drought, increased demand and aging infrastructure left the country with a deficit of 2.4 billion kilowatt-hours this coming winter.

“We have crossed the Rubicon. All of a sudden we went from being an export-oriented country to import-oriented,” he said. Kyrgyzstan plans to import 1.4 billion kWh from neighboring Kazakhstan, for which it will pay eight-times more per kWh. In the immediate future, Otorbaev’s government will subsidize much of the purchase, but the expensive outlay will force him to implement “major reforms.”

“No government before us did this. We have to do it. This is a gamble my government must take,” he said.

An obstacle that Kyrgyzstan will have to contend with for years is its poor relations with foreign investors. While protracted spats have frightened away would-be investors, Otorbaev tried to accentuate the positive. “Kyrgyzstan is considered by the outside world to be a country where we always have revolutions. But things are cooling down dramatically,” Otorbaev, who in previous governments held a number of senior economic posts, said. He pointed to a successful tourist season at Lake Issyk-Kul as an indicator that Kyrgyzstan is entering a more stable era.

Politicians seeking to score points still interfere in the crucial mining sector, he conceded. Such meddling can be expected to continue as next fall’s parliamentary elections approach.

The choice to enter the EEU could have profound ramifications for Kyrgyzstan’s relations with its largest investor, China, by hiking tariffs on Chinese imports. Otorbaev pointed out, though, that his country’s cheap labor, electricity and real estate will continue to be a boon for Chinese investors seeking to build factories within the Moscow-led trade bloc.

“I think they will come more. They want to sell things to the Russian market,” Otorbaev said. “This is a fantastic opportunity for producers.”