Kyrgyzstan: Has this been a bad year for Matraimov? Or not?

Although he is getting considerable negative attention, he also enjoys strong political coverage. 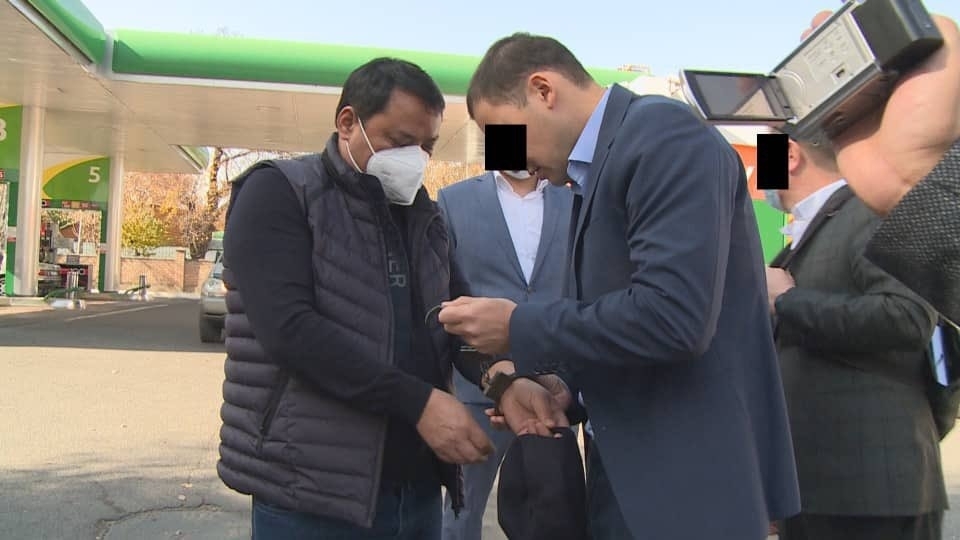 This has been an interesting year for Rayimbek Matraimov, the most notorious man in Kyrgyzstan.

Last week, the former customs boss and political powerbroker, along with his high-rolling spouse Uulkan Turgunova, were added to a list of individuals sanctioned by the U.S. government.

And earlier, he was placed under house arrest pending an ongoing criminal investigation into corruption. Officials occasionally provide updates on the 2 billion som ($24 million) that Matraimov is supposed to be paying the state as part of an apparent plea bargain.

Is it all bad news though? Judging by how the political story in Kyrgyzstan is playing out, probably not.

The country is going to the polls on January 10 to pick a new president. The frontrunner is Sadyr Japarov, whose grab for power began very shortly after he was freed from prison in the unrest sparked by the outcome of the now-cancelled October 4 parliamentary election.

Immediately after getting himself installed as president, Japarov pledged to wage war on corruption. But his approach did little to reassure skeptics. Matraimov was arrested on October 20 in what appeared to all intents and purposes like a choreographed exercise, only to be released within the day against promises that he would compensate the state for crimes that he does not even admit to committing.

Japarov’s gave all this his seal of approval, calling the decision not to leave Matraimov behind bars a “political decision.” The state prosecutor’s office, a body headed by a Japarov ally, insists that payments on the $24 million due are “on schedule,” although the expiry date for completing the transfer has in fact come and gone.

Since Matraimov’s arrest, Japarov has stepped down as president, since he would not have been allowed to run in the January polls as an incumbent. But the man he has entrusted to keep the seat warm as interim president until then is his trusted ally, Talant Mamytov. And that is good news for Matraimov too, going by the details of a new media investigation released this week.

Last year, Mamytov led a parliamentary commission investigating well-documented claims that Matraimov oversaw a colossal smuggling operation alleged to have seen around $700 million unlawfully spirited out of Kyrgyzstan. The 24-page report produced by that commission did not so much exonerate Matraimov as fail to mention him at all.

What it did do, however, was claim, without presenting evidence, that Ali Toktakhunov, a journalist who formerly worked for U.S.-funded RFE/RL’s Kyrgyz service and who did much of the heavily lifting in the investigations of Matraimov’s business dealings, had taken money in exchange for running smear stories.

But Toktakhunov and his colleague Bolot Temirov have now shown through their investigations, released in the form of a YouTube video, that Mamytov was far from a disinterested party.

Open-source documents studied by the pair showed, for example, how Mamytov had once hired the brother of Uulkan Turgunova – Matraimov’s wife – as an aide.

Mamytov’s office on December 14 responded to the investigation by claiming that the connection was unimportant because the aide, Tynchtyk Suleimanov, was not doing the job when the Matraimov commission began its work. Suleimanov was dismissed “after it became known about his family ties with Matraimov,” the statement insisted.

Temirov and Toktakhunov’s investigation also found that another former assistant of Mamytov had gone on to take up a position in the Customs Service, a body over which Matraimov is said to have wielded influence even after he was formally dismissed in 2017.

One day after the Mamytov investigation was uploaded, the Matraimov family received another blow in the shape of yet another deep dive into its lavish spending by a consortium comprising the Organized Crime and Corruption Reporting Project, or OCCRP, RFE/RL’s Kyrgyz service, or Radio Azattyk, Bishkek-based news website Kloop, and Bellingcat.

This investigation focused in particular on Turgunova, now the object of U.S. Department of the Treasury sanctions. Because of her ostentatious flaunting of wealth on Instagram, journalists have previously managed to document Turgunova’s penchant for colossally expensive fashion and United Arab Emirates real estate.

What emerged from this latest report were insights into Turgunova’s staycations inside Kyrgyzstan, which have become more frequent in the year of the pandemic.

In August, Turgunova posted photos from “a members-only elite community ringed by a perimeter fence” on the shores of Lake Issyk-Kul, the journalists found. Having located the villa from which Turgunova posted the photos, journalists learned that it was owned by a company called Imidzhstroi, which built the resort.

One of the reporters, posing as a potential buyer, heard from a senior Imidzhstroi representative that sales of the villas were subject to agreement with the project's ultimate beneficiary.

And that owner is, the company representative acknowledged, the underworld boss Kamchybek Kolbayev. As it happens, Kolbayev is another figure historically targeted by the United States. He has been under U.S. Treasury Department sanctions since 2012.

What still remains poorly understood is the nature of the relationship between Matraimov and Kolbayev – people who have arguably wielded more influence from the shadows than even presidents have done. Depending on whom one asks, the southern Matraimov and the northerner Kolbayev are either foes with divergent interests or allies in perpetuating Kyrgyzstan’s status as a graft-riddled klepto-state.

The tantalizing threads of evidence that have now been uncovered lend some weight to the latter scenario.