The popular video game helped kids improve their neighborhood and become more invested in its future. 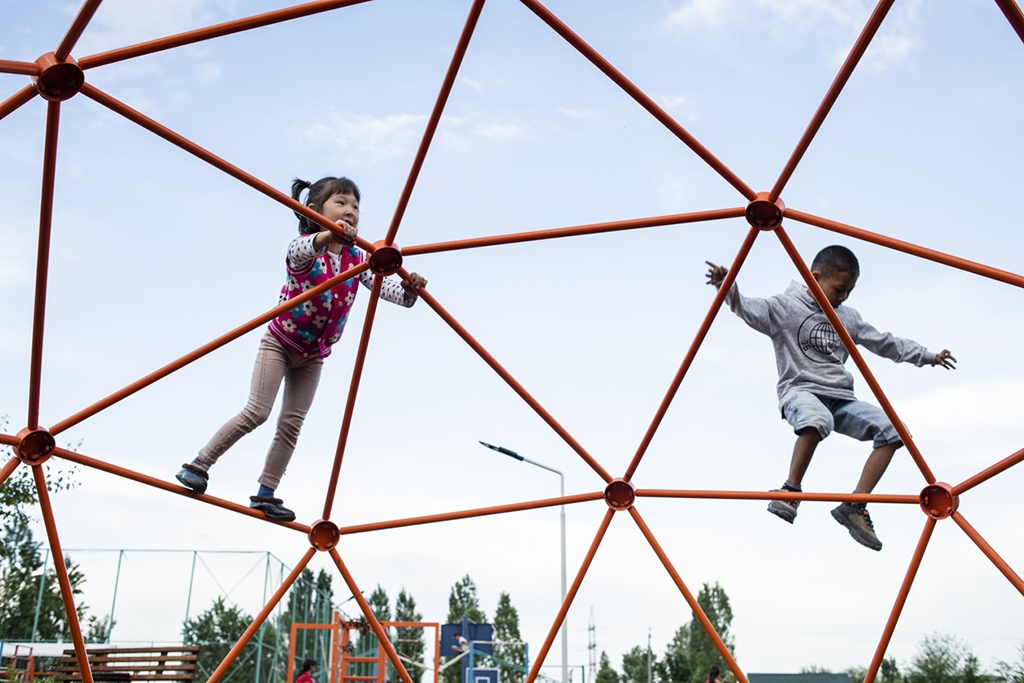 Minecraft enabled the community to visualize improvements they hadn't realized they wanted or needed. (photos by Danil Usmanov)

Bakai-Ata is full of children.

The sound of their playtime laughter rings out on almost every street of this settlement outside Kyrgyzstan’s capital, Bishkek.

Not that they have had a lot to be cheerful about. Bakai-Ata, home to around 5,000 people, has barely developed since it first sprang up in the 1980s as the mass exodus from the country to the cities began in earnest.

The one-story homes are ramshackle and only a few trees have been planted. There is no gas for cooking, no heating piped into homes, and work only began recently on hooking the district to the sewage network.

The children, who account for about half the district’s population, have precious little space for themselves. There is only one kindergarten, one school and, until not too long ago, just two rundown playgrounds.

There is a glimmer of improvement now, though. And partly thanks to a videogame beloved of children (and adults) all around the world: Minecraft.

In 2019, the residents of Bakai-Ata turned to a non-profit urban regeneration foundation called Urban Initiatives for help creating a new space for their children to play. The foundation then bid on the district’s behalf for a grant from the United Nations Human Settlements Program, known as UN-Habitat for short. Bidders had to show how they would use Minecraft, a sandbox game that allows players to create terrains and structures in a virtual 3D world, to make their project a reality.

Once Bakai-Ata won the bid, 100 residents, aged from seven to 60, were enlisted to brainstorm how the new play space for children would look. Younger members of the 10 teams, predictably, came up with some of the most colorful and outlandish ideas: trampolines, mazes, vertical gardens, even complicated plumbing features spurting lava from under benches.

“The most important thing here was not to dismiss unrealistic ideas, but to try to get a sense of what was being requested. We realized that children do not have enough interactive elements over which to climb and jump,” said Saira Turdumambetova, the project manager.

Bakai-Ata didn’t get artificial lava, but ideas intended to make their new play zone as fun and useful as possible for children, teens and parents alike were embraced.

“When the children were designing, they were thinking like real architects,” said Turdumambetova. “When they installed a bench, they thought about the tree that would offer shade. If you are sitting out in the evening, you need lighting. And if you are going to be there for a long time, you need a trash can.”

After some discussion, it was agreed that the new playground would be placed on the grounds of the local school. With a design draft in hand, Urban Initiatives went to builders to finish the job.

The outcome of their labors is modest – they were not operating with an extravagant budget. Children now clamber over an assortment of brightly colored climbing frames, older kids sit out in the evening, chat and listen to music on the little covered bleachers by the five-a-side football field. Parents watch their kids under the shelter offered by the canopied park benches.

The idea was not to create something lavish, though, as Turdumambetova explained. To begin with, some in Bakai-Ata were perplexed about the initiative, especially the part involving Minecraft. With time, they became more invested.

“Residents are used to the municipality or some NGOs just coming and building something, giving it to them without asking their opinion,” she said. “This [approach] involves them in the design process and helps to foster a sense of responsibility for the space.”

One project participant, 17-year-old Aigerim Syrgabayeva, told Eurasianet that she was at first made to take part by a teacher. She had 10 classmates in her team, although half of those lost interest and drifted away. Her priority was to work on lighting. The lack of illumination in leisure areas means Syrgabayeva and her peers were afraid to stay out after dark, she said.

The project that Syrgabayeva was initially reluctant to get involved in is now benefitting her directly.

“I go to the park every day with my friends to chat and hang out. It’s light there,” she said. 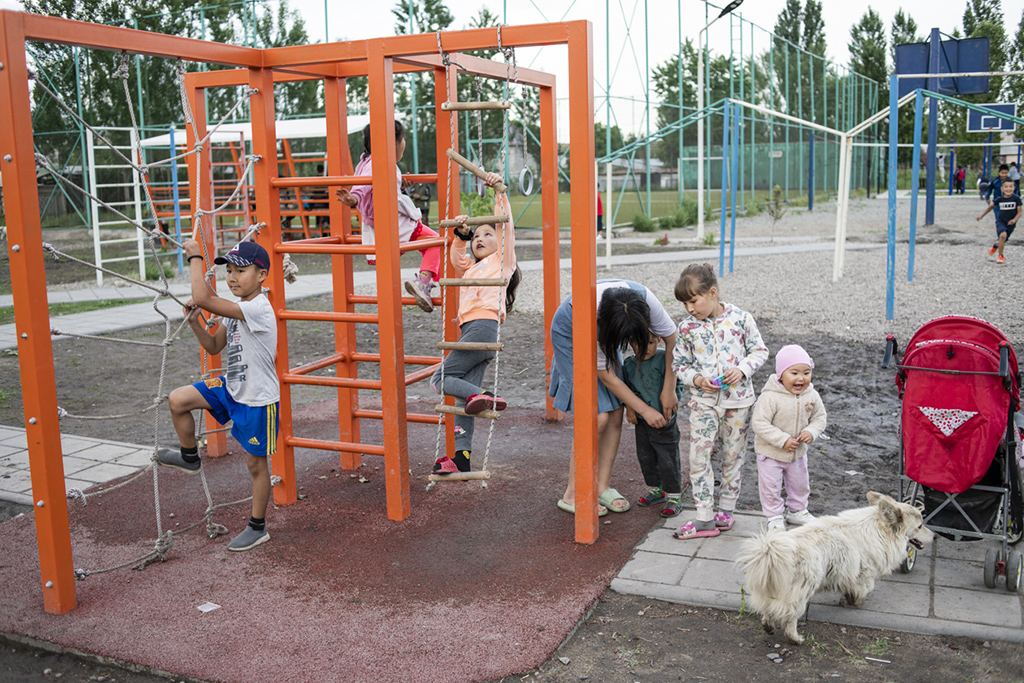 As Turdumambetova forecast, the collective nature of the design work has fostered a sense of responsibility. Casual littering is a seemingly ineradicable scourge in Kyrgyzstan, but Syrgabayeva, for example, is eager for the space not to fall prey to this problem.

Syrgabayeva said the experience has inspired her to study architecture when she finishes school. It has also made her more confident about defending her positions and realizing that her ideas are no less important than those of the adults around her.

“I believe citizens have a big role in improving the spaces around themselves. It isn’t only the mayor’s office, but also citizens who are responsible for improving things. People must act on their own, not wait for the city hall to do it,” Syrgabayeva said.

One of her teammates, 16-year-old Bakytbek Kubanych uulu, an aspiring software programmer, said he was particularly drawn by the technological aspect of the project.

The idea behind using Minecraft, he explained, was to visualize things that even the community might not realize they wanted or needed.

“One idea from the Minecraft guys was to build bleachers. But that is quite an expensive thing to do,” Kubanych uulu told Eurasianet. “[To begin with], we installed some planks for seats for a week to see if people would use them. They did, and then they even came and thanked us for it. Before, we didn’t have anywhere to sit and watch games.”

Kubanych uulu only regrets the play area doesn’t feature enough landscaping, although he and his friends are working to remedy that. Together with other team members, they have now planted 10 apple, apricot and linden trees.

“If we look after the space, make it green, don’t litter and keep it from getting ruined, if we water the plants and pick up trash, then this place will be ideal,” he said. “All shortcomings begin with us. If we don’t look after this place, all our work will be lost.”