Prison officials deny he is unwell. 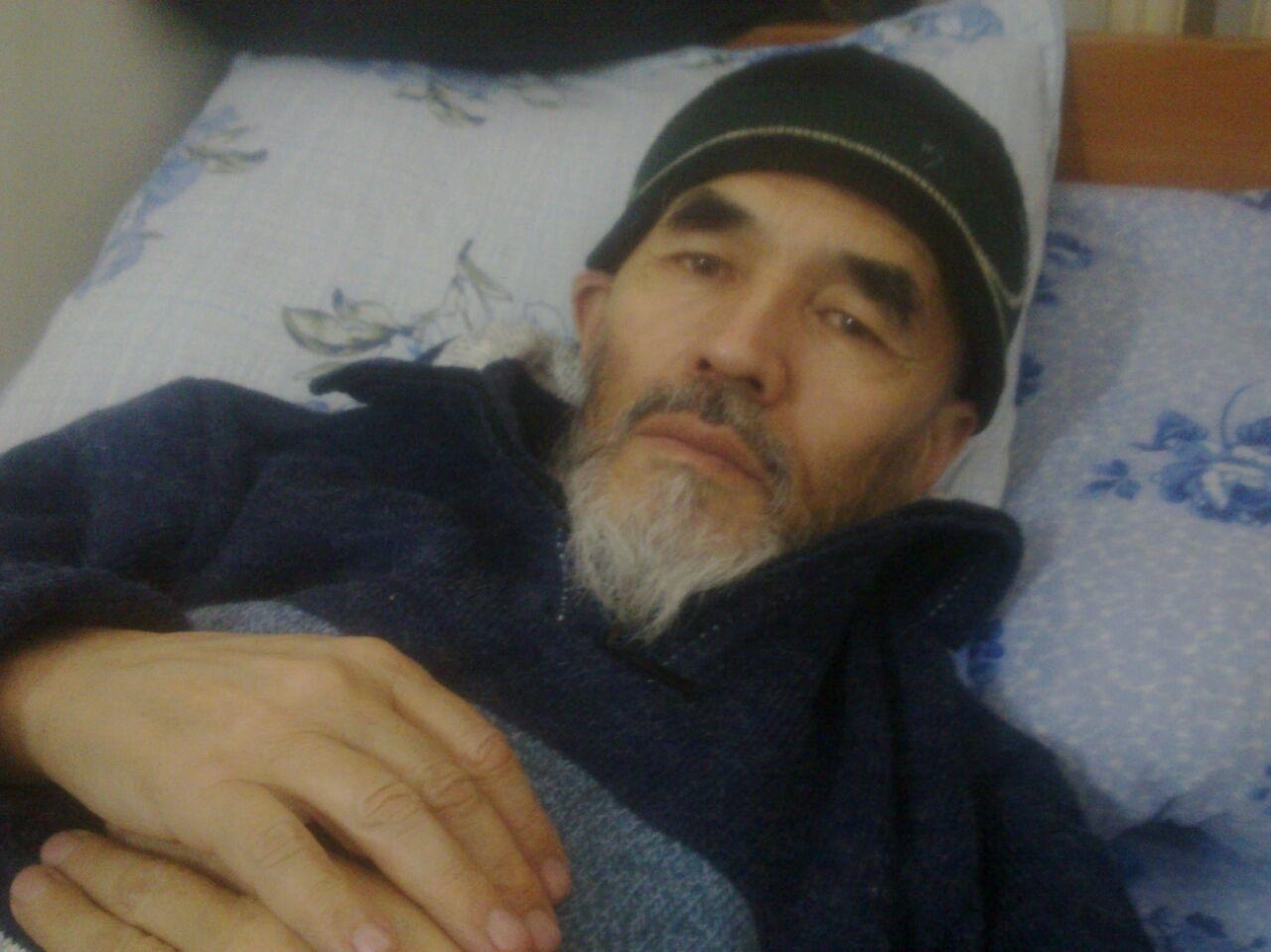 International rights groups have pressed Kyrgyzstan to take urgent action to prevent the death of ailing, imprisoned activist Azimjan Askarov, who has reportedly fallen gravely ill and is, according to his lawyer, now unable to move unaided.

Human Rights Watch on July 23 cited Askarov’s lawyer, Valeryan Vakhitov, as saying that his client had no appetite, had lost weight and that his skin “looked yellowish in color.”

The Kyrgyz government has for the past decade repeatedly rejected calls from rights groups, international organizations and governments to reconsider the 2010 life sentence handed to Askarov, who was tried on charges of murder under conditions generally considered to have been deeply questionable and unfair.

“Vakhitov noticed whilst visiting that the [rights] defender looked particularly pale, was coughing a lot and could barely speak, and was told by medical personnel that he had been sick for approximately 10 days,” the group said in a statement.

The State Penitentiary Service, or GSIN, has rejected the concerns and told Eurasianet that there were no problems with Askarov’s state of health.

“What they’re saying, that he can barely walk unaided, is inaccurate information. In the place where Askarov is being held, prisoners have their temperature checked three times daily. There are drugs and medical personnel – we have everything in sufficient quantities,” a spokesman for the service told Eurasianet.

Because of Kyrgyzstan’s extensive coronavirus outbreak, there is also concern about the possibility of Askarov being exposed to COVID-19.

“We don’t know whether Askarov has COVID-19. Authorities have not tested him for the virus. But he is certainly in need of urgent and adequate medical assessment and attention,” wrote HRW Central Asia researcher Mihra Rittmann.

The GSIN said that Askarov could be exposed to COVID-19 was impossible as the activist is being kept in solitary confinement.

Asked whether Askarov was running a fever, the penitentiary service said he had a temperature of 37-38 degrees Celsius when they last checked. The press service representative then added, however, that, “well, now everybody has a temperature, even if they drink something cold.”

The official said a medical commission has been appointed to check on Askarov’s health, but that they could not confirm if he would undergo a test for coronavirus.

Askarov and his defenders have always denied the accusations against him and said the activist was targeted for reprisal over his history of advocacy for victims of police abuse.

Over the years, he had contrived to severely embarrass crooked police officers and prosecutors in Bazar-Korgon. In one case in 2006, two residents of the town who had been tortured into confessing to murder were cleared after Askarov managed on the first day of the trial to produce the alleged victim, Mairam Zahirov, who was alive and well.

The most recent attempt by Askarov’s legal team to secure his release ended in failure in May, when the Supreme Court upheld his life sentence.

As in many previous hearings at Askarov trials and appeals, there were, according to RFE/RL’s Kyrgyz service, Radio Azattyk, around 20 people from the southern town of Bazar-Korgon, where the rights activist is purported to have committed his offenses, present outside the courthouse. Relatives of the policeman said to have been murdered by Askarov were in the courtroom too.

Courts have routinely appeared to wilt under the pressure of crowds of this type, as attested to by accounts of the original September 2010 trial.

“The relatives and supporters of the deceased policemen repeatedly shouted at the defense lawyers, threatening them, interrupting their presentations, and abusing and humiliating them because they were representing ethnic Uzbeks,” representatives for Askarov said in a 2012 communication to the United Nations Human Rights Committee.