It is Yakyn Inkar’s very apolitical and rejectionist nature that may be alarming authorities more than anything. 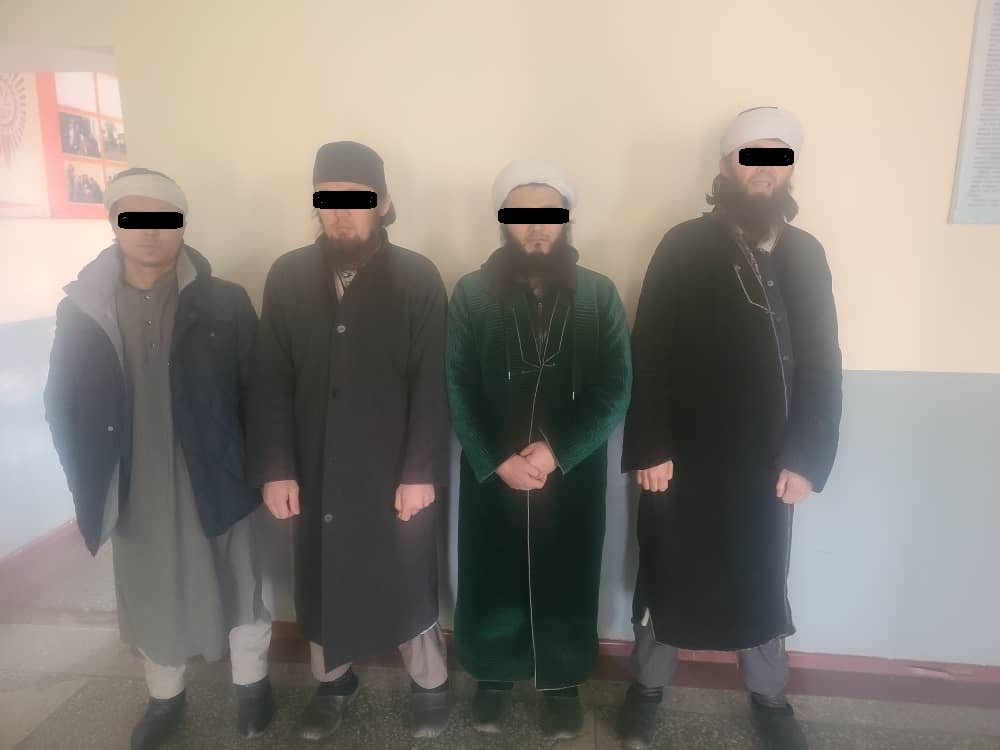 Police in Kyrgyzstan announced last week that they had detained the local leader of a little-known but, they say, increasingly influential fundamentalist Islamic group called Yakyn Inkar.

The suspect, identified only by the initials T.M., is said to be 53 years old and from the southern Aravan district. Barely any more information was disclosed.

For the Kyrgyz authorities, Yakyn Inkar presents a menace. In June 2017, the Oktyabrsky district court in Bishkek ruled that the group should be designated as extremist.

But this does not appear to have dampened the group’s activities or appeal.

Mahmudzhan Jurayev, a resident of the village of Aravan, a town in the Osh region, told Eurasianet that he noted a particular surge of activity among missionaries over the winter months. They were distinctive, he said, because they wore the flowing shalwar kameez more commonly worn in South Asia.

“At first they came to our local mosque, but after our mullah found out that they were adherents of Yakyn Inkar, they were forbidden from coming” said Jurayev, who describes himself as a pious Muslim.

After that, the group’s members began meeting with young people in private homes, offering them lessons on what they perceive to be the basic tenets of Islam and preaching the virtues of leading an ascetic lifestyle, Jurayev said.

The proscription of Yakyn Inkar is, unsurprisingly, fully supported by establishment Islam – specifically in the form of the Spiritual Administration of Muslims of Kyrgyzstan, or DUMK.

“All those who support their ideas are in violation of the law and should accordingly face legal repercussions for that,” said Saidamir azhy Zheenaliyev, a DUMK-appointed qazi, or Islamic judge, for the Osh region.

Zheenaliyev sees Yakyn Inkar, which translates from the Arabic as “avowal of everything but God,” as a group whose intense fanaticism discredits Muslims as a whole.

“In Islam, all believers adhere to moderation, whether it is in their prayers or sermons. In the case of Yakyn Inkar, it is somewhat depressing, because they reject all worldly affairs and expose their families to poverty,” he said.

Zheenaliyev argued that even though Yakyn Inkar supporters believe they are adhering to a pure form of the faith, all they are doing is propagating a fanatical understanding of Islam and turning people away from public life.

An important question remains, however, about whether exhortations to absolute asceticism are sufficient for proponents of those values to be equated to violent extremists and terrorists.

The State Committee for Religious Affairs, on whose expertise the courts ostensibly rely to make their judgements on such matters, declined to provide Eurasianet with detailed reasonings for why Yakyn Inkar should be banned.

In the meantime, arrests of suspected members are occurring on a routine basis.

“At the end of January, two groups belonging to […] Yakyn Inkar were detained in the Aravan district,” Zhenish Ashirbayev, a spokesman for the Osh regional police department, told Eurasianet. “Their supporters were holding public events and spreading the ideas of this organization.”

Ashirbayev said the eight people detained ranged in age from 20 to 53 years. They had traveled to Aravan from other areas of the Osh region and from the neighboring Batken region.

Kadyr Malikov, a prominent theologian who has spoken often about what he sees as the dangers of radical Islam, concedes that Yakyn Inkar is generally a peaceful movement and that it is first and foremost focused on worship and the spread of the religion.

“Many believe that the Yakyn Inkar movement is an offshoot of Tablighi Jamaat,” Malikov said, alluding to a missionary group that emerged out of the India-based Deobandi current. “It appeared in Kyrgyzstan at the turn of 2014-15, that is, two or three years before its ban. The reason the activities of this new movement were forbidden was that they were deemed extremist, although they are absolutely not a political movement.”

While Yakyn Inkar has some sect-like characteristics, it would not be accurate to describe them as a sect, Malikov said.

Malikov said that the group appears to have first appeared in Kyrgyzstan in the northern Issyk-Kul region.

“They dress in [shalwar kameez], they wear long sunnah hair, they go to mosque, and they do not pose a direct threat to the state,” said Malikov. “They have no plans to build an Islamic state or topple the government or fight the state. But at the same time, they preach the idea of cutting off from secular society, they refuse to avail themselves of certain public services and they adhere to a literal interpretation of Islam.”

It is the movement’s very apolitical and rejectionist nature, in fact, that may alarm the authorities more than anything. Members are encouraged to eschew politics, education for their children within the mainstream system, and even things like vaccination. Followers of the group were encouraged, for example, not to accept COVID-19 vaccines.

“In sociology, there is an understanding of something called fundamentalism, which is what the members of Yakyn Inkar are striving for by returning to the origins and foundations of Islam, an ascetic way of life, the revival of the original traditions,” Mametbek Myrzabayev, a scholar of Islam, told Eurasianet.

But given that literalism is the most radical of Yakyn Inkar’s ideas, using law enforcement to suppress the group may be a mistake, Myrzabayev said.

“In Kyrgyzstan, there are other religious and political groups that pose a truly great threat seeing how they are merging with criminality and the mafia,” he said.